At the start of the year, I set out to spend 1000 hours outside – or at least to see if I can spend around that amount of time outside. I am a person that always spends a lot of time outside. I’m a bit like a dog – if I’m not let out three times a day, I’m a real nightmare.

In summer, I would happily be outside pretty much every minute of every day. But life and work tend to get in the way of that. But I could, and did, spend quite a lot of hours outside.

This takes me to 675 hours and six minutes for the first eight months of the year, which puts me about on track to reach 1000 hours outside by the end of December.

I ended up going on three short holidays in July and August – a week in Padstow (moved from Easter), a long weekend at Center Parcs (moved from 2020) and a three day break to Edinburgh, all of which helped boost my hours outside. I had days on holiday where I spent six or more hours outside.

Also in summer, I started marathon training. After the first few weeks, I was running a lot further than usual, which meant spending more time outside than usual. By the end of August I was up to 15 miles for my weekly long run, which was 2 hours and 23 minutes outside for that run alone. That week, I ran a total of 37 miles.

There was also a fair few athletics competitions for the kids during summer. Depending on whether one or both kids were competing and whether they were doing one event or more, I could be outside for between two and four hours. There was even one where I was outside for well over five hours for the competition – in addition to over two hours for running earlier in the day.

I hit my 2 hours and 45 minutes most days during the summer. But there are still rainy days in summer and there are still days when I just had too much work to spend as much time as I would like outside. (I have experimented with working outside, but I usually give up after about 20 minutes. The combination of the bad light and being in range of the wifi make it a challenge.) On those days, I managed only an hour and a half to two hours outside.

To reach 1000 hours outside this year, I will need to be outside for an average of just over 80 hours per month in September to December. Looking to the last few months of the year, I know I will still be spending a lot of time outside in September and October. This is partly due to the fairly mild weather we can expect in September and October, but mainly because of my marathon training. After that, I’m pretty sure I will be down to January and February levels of not much more than 50 hours outside in a month.

Find out how I got on in the first six months of the year here. 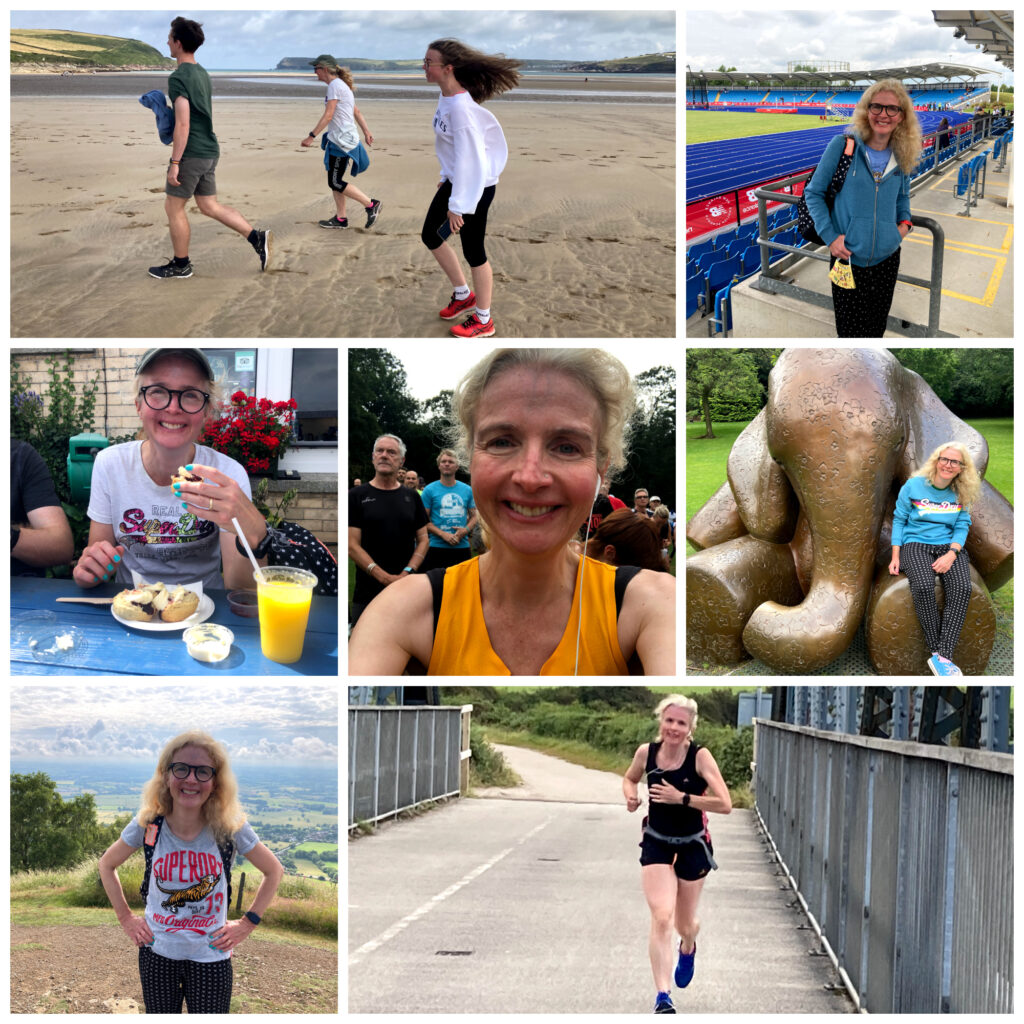