The Wild Silence by Raynor Winn

The Wild Silence by Raynor Winn is a memoir and the sequel to The Salt Path, which I read this time last year. The Salt Path tells the story of Ray and her husband Moth trekking the whole of the South West Coast Path – through Devon, Cornwall and Dorset. They started walking after they lost their home and Moth was diagnosed with a degenerative and terminal illness. He was told to be careful on stairs, but instead he trekked for 630 miles, and slowed his illness down.

In The Wild Silence, Ray and Moth are living in Cornwall. They are still struggling for money and Moth is at university (despite being in his 50s). Ray feels unsettled and Moth’s physical health and his memory are starting to decline. Ray searches for answers as to how they can reverse the effects of the illness. They can’t go for another 630 mile trek, but maybe the answer lies in just being outside more?

Then they get the opportunity to rewild a local farm. Will they be able to succeed and, most importantly, will working on the farm help to slow Moth’s illness down again?

The Wild Silence is a far less chronological read than The Salt Path. There are some childhood memories and lots of memories of Ray and Moth’s early life together. It tells the story of Ray’s mum’s death and the story of how The Salt Path came to be published. But perhaps my favourite bit is the story of their Icelandic hike with their friends Dave and Julie, who they got to know while trekking the South West Coast Path.

The Wild Silence is really a lovely story. It is about a love of the countryside and the great outdoors. But it is also about a woman’s love for her husband and her absolute determination to keep him in the best possible health. Anyone who has a love and a marriage like Ray and Moth is very lucky indeed.

Ray writes beautifully and descriptively. I must say that very descriptive writing isn’t usually my thing, but it really works here. If you love the countryside and the great outdoors, you will love The Wild Silence. But if the outdoors – or the love between a couple in their 50s – is not for you, then you will probably want to give it a miss.

It’s not necessary to have read The Salt Path first, but I would highly recommend it. 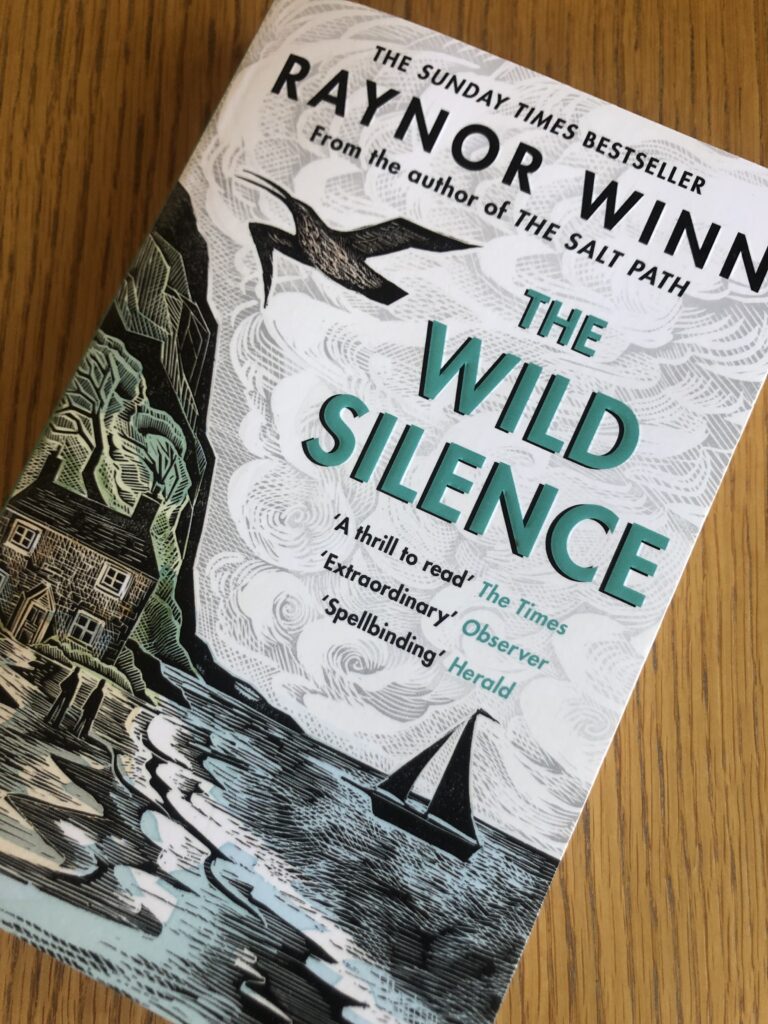