I have run a (not)parkrun every week since parkrun ended on 14th March last year. The first few weeks were unofficial, then in June last year it became an official thing.

Nearly all of my (not)parkrun times have started with a 23 and are usually around the 23:15 to 23:30 mark. Last summer I had a few weeks where my time dropped slightly below 23, but it didn’t last.

On 13th February I was very happy with my time of 23:07, because it gave me my first ever age grading of over 70%. The age grading is a way of comparing people of different ages and genders. So even though my husband runs a bit faster than me, my age grading is always a little bit better than his! My actual parkrun PB set in 2017 gave me an age grading of just over 69%. But I was 43 then and I’m 47 now, which is why the figures have shifted a bit.

On 27th February, my husband, son and I lined up for our usual Saturday run. It was cold, but the sun was shining and there was no wind – very good running conditions in other words. Normally they pull away from me in the first 200 metres, but this time I was keeping pace with them. For a long time we were running with just a metre or two between us – my husband, then my son, then me.

Then I pulled away from my son a bit. Then I overtook my husband.

OK, so he did overtake me again a minute later. And my son did catch me again. But I stuck with them.

Then I overtook my husband again. And my son was behind me again.

I didn’t know why they were running so slowly. They had to be running slowly, because I can never usually keep up with them.

My husband pulled away a bit, but my son remained just behind me. A minute before the finish line, I could feel him go to overtake. I slowed to let him past me on a narrow stretch, but he clapped me on. A few seconds later he clapped me on again.

I didn’t know why he clapped me, but it turned out he knew something that I didn’t – he’d seen our time and knew it was going to be a really good one for me. The clapping worked and somehow motivated me to keep moving – and quickly. My husband finished 10 or 15 seconds before me, my son three seconds before me.

I stopped my watch.

Five seconds faster than my actual parkrun PB set in 2017!

I couldn’t believe it. I had no idea how I’d done it. I genuinely thought my husband and son were just running slower than usual, but it turns out it was me running faster and I’d just closed the one minute gap they normally have on me.

I was absolutely buzzing.

Actual parkrun is finally back on 5th June. I can’t wait! 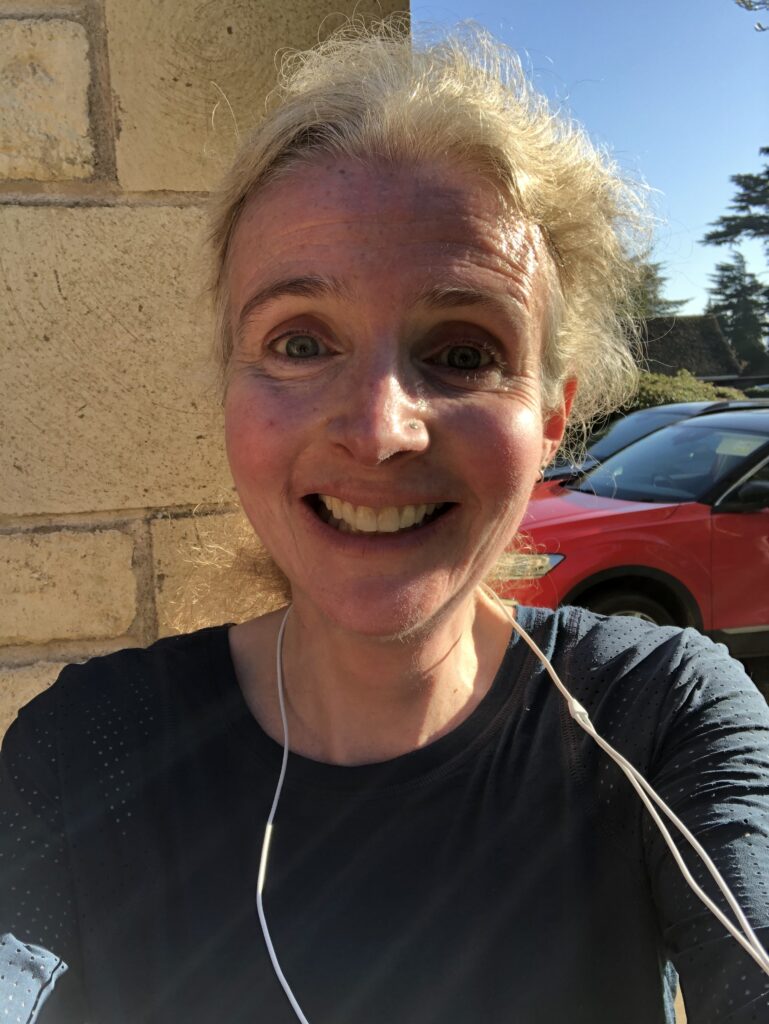