We’ve been very dedicated to parkrun this year. I missed one to take my son for his D of E Bronze practise expedition, I volunteered at one the day before the Tewkesbury half marathon (so I attended, I just didn’t run) and, apart from that, I have run every single parkrun this year. We even ran when we were on holiday in Copenhagen.

Devon and Cornwall aren’t overrun with parkruns, so we kind of accepted that we were just going to have to miss two. But then we thought, why not run do a parkrun en route?

On the way down, we decided to try Exeter Riverside parkrun, which is close to the A30 – the main road running from the M5 into Cornwall. It was a tall order to get ourselves to Exeter for a 9am start, but setting off early meant we avoided the horrendous holiday traffic.

The forecast had been for rain, but we arrived to bright sunshine. When you’re used to running the same parkrun every week, you could do it with your eyes closed, but running somewhere new is both familiar and unfamiliar. Where do you park? Do you have to pay? Where is the start line? We found parking (and did have to pay) and simply followed everyone clad in running gear to the start line.

The start line was beautiful – right next to the river.

The route went along a narrow path along the river, then over a bridge and onto a more sheltered path, before reaching a large rugby field. After a loop of the (very hot) rugby field, it heads back along the same route.

There seemed to be a higher proportion of runners (rather than walkers and joggers) at this parkrun than our own, as nobody got lapped on the return run. That would definitely have happened at ours!

I really enjoyed Exeter Riverside parkrun. I even enjoyed the novelty of going into a building to get my barcode scanned. They had a very good system of putting the tokens away in the right order as soon as they’d scanned them. My husband didn’t enjoy it as much, as he’d gone too fast and hadn’t realised how hot it was. 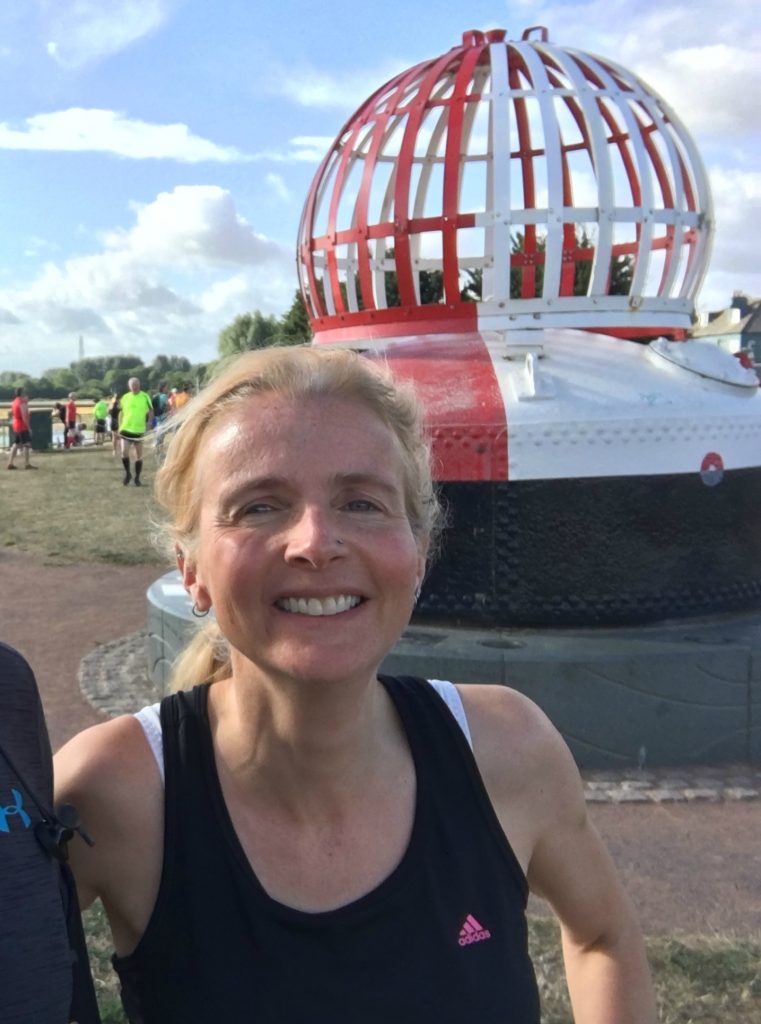 On the return journey, we toyed with the idea of doing Lanhydrock parkrun in Bodmin, but decided we wanted to set off earlier and travel further than that. So we decided to go back to Exeter Riverside. At the last minute, we changed our minds and went to Killerton parkrun, which is just north of Exeter, close to Cullompton.

Killerton is a National Trust property and a lovely setting for a parkrun. Like Exeter Riverside, it was a single lap. Unlike Exeter, we didn’t even go back on ourselves. The walk to the start line was incredibly steep. Which meant that most of the run was actually downhill. There was some running on grass and a lot on stony trails and much of it was under the shelter of trees. The downhills were pretty steep and early in the run I managed to stumble on a rock on the trail and twist my ankle. It was bad enough for me to cry out. I limped for the next few steps, had a few panicky thoughts about being unable to do Cheltenham half marathon at the end of September and carried on running.

The twisted ankle did affect my time and my eldest, running his first parkrun for over a year, almost caught me. 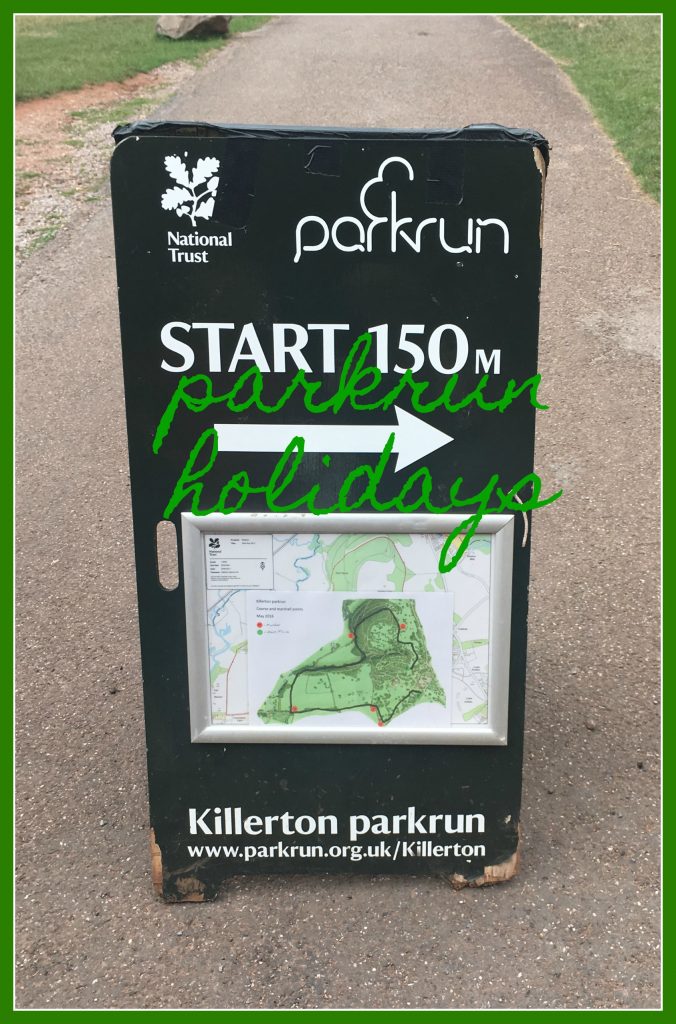 A week after Killerton, we found ourselves running our third new parkrun in as many weeks – Eastville in Bristol. My younger son had been away in Scotland with his friend for a week and we needed to pick him up from Bristol airport.

For the parkrun tourist, Eastville is very conveniently located next to the M32 motorway. You can park at the nearby Tesco (and use the toilets there) before walking under a subway to Eastville park. I ran Eastville with my daughter (who runs slowly) because my ankle was still hurting from the previous week. 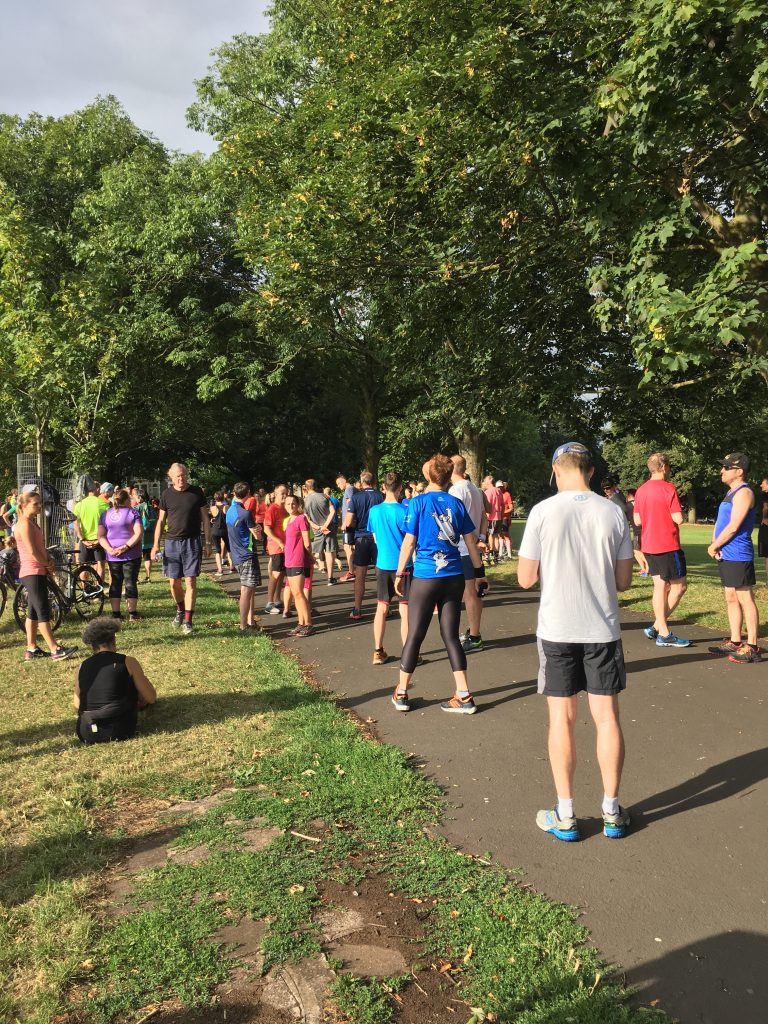 Eastville is HILLY. It starts off with a small lap of the park – flat, downhill, flat and then uphill. Then you follow the same route again, but on a much bigger lap, which takes you to the edge of the flyover (M32), before looping round a lake. There is a short and very steep hill to take you back onto the main route and then a long uphill which takes you to beyond the start line. Eventually you get back to the downhill, before running the small lap again. It honestly felt about twice as long as any other parkrun.

I was pleased to have added another experience to my parkrun tourism, but would be in no hurry to do Eastville again. 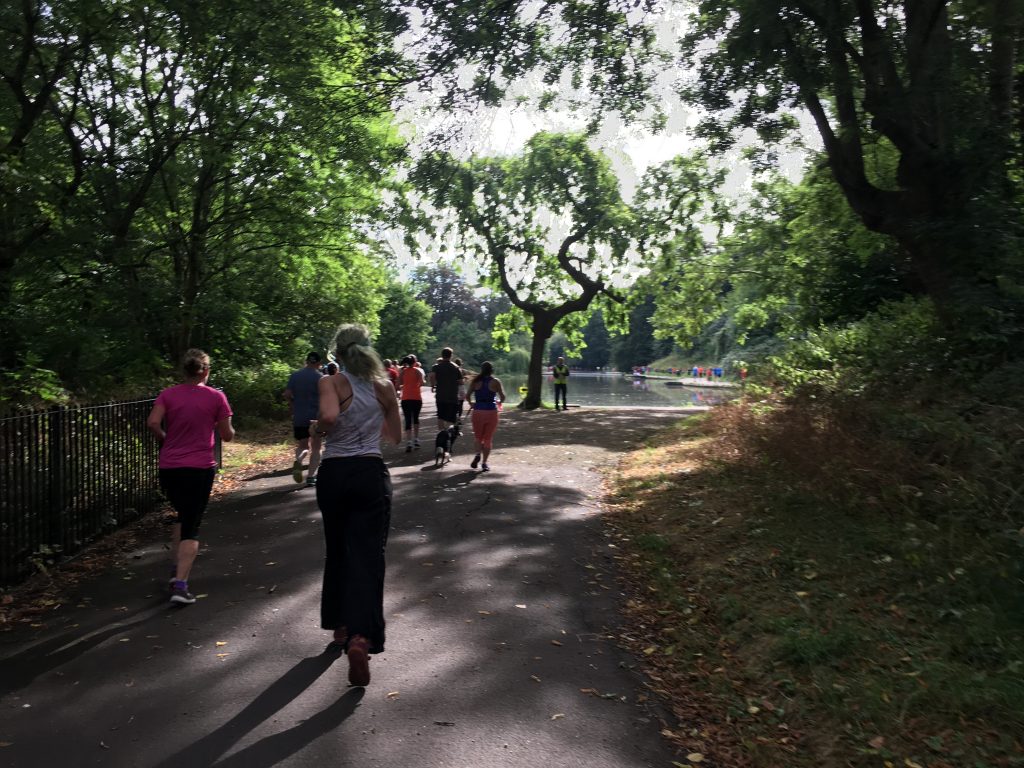 I love the familiarity of our regular parkrun, but it has been really nice to experience some parkrun tourism this summer while we’ve been on holiday. And it’s great to know that we haven’t missed a single parkrun over summer!