I’ve just issued my 500th invoice as a freelancer – to the company I issued my first invoice to, my very first client.

I’ve been a freelance writer for nearly seven years now. I’ve worked for a lot of clients in that time, mainly small businesses wanting one or two bits of web copy, a short article or a press release. But I’ve also had clients that have stuck around for a long time – including that first client.

I haven’t made my fortune and I never will, but I’ve kept going and that’s more than a lot of people can hope for during a pandemic. To be honest, since the start of the pandemic I’ve had more regular work and worked more hours than I have at many other times. But I’m also down to a rather precarious two clients, with the occasional bit of low paid work from an intermittent client.

My accounting system tells see I’ve invoiced 85 different clients over the last seven years, about 10 or 15 of which I’ve worked for for a significant length of time.

I worked for my first client on and off for about 18 months, then they disappeared for about a year, and came back to me in September 2016. I’ve worked for them most days since then. Sometimes only for 15 minutes, sometimes for six hours, but usually around an hour a day. I’ve recently taken on a bigger job with them, which has helped with the loss of number two client.

My former number two client came to me a few months after I went into business. Again, the amount of work I did for them increased over time. They were responsible for about a quarter of my earnings and for a long time were neck and neck with number one client over the total amount I’d invoiced them over the years. Unfortunately  they recently lost the big account that I worked on. So that meant I lost them. It’s a shame as I enjoyed the work. But I know they liked me and my work, so they may come back at some point if they get another big account.

My former number three client has been promoted to number two client. Thank goodness they’ve increased the amount of work they’re giving me recently too. I write pieces for their own website, but over the last few weeks I’ve also been writing for one of their clients. They are trying to sell my services to other clients of theirs, so I’m hoping this may grow.

Over the years there have been many clients, some more memorable than others. The second client I started working for quickly became like an abusive relationship. I agreed to work pretty cheaply, as I just wanted to get my work off the ground and I had redundancy money to support me. But I made it clear that if I was going to work cheaply, I wouldn’t be faffing around adding loads of photos and links to their articles. Before I knew it, the man’s wife and his SEO guy were getting in touch with me – could I add three photos rather than one? Could I insert these phrases because it was better for SEO? Could I link back to this post and this site? When I reminded them of the initial agreement and asked for more money, they kicked up a fuss and that was the end of that.

I learned a valuable lesson about my own worth and not taking any nonsense from anyone.

I’m always nice and polite to clients, but I won’t let them walk all over me. My life is too short. If someone wants more than I’m prepared to give, I would rather go without the money than put myself through that.

Which brings me to another memorable client – the children’s books. I worked on the children’s books for nearly four years. I actually loved working on them in many ways, as I love reading. I read the books, then wrote a quiz about them. Reading the books was often enjoyable and it fitted well around other work. The only problem was that it was badly paid – I got paid exactly the same for reading a Julia Donaldson picture book as I got for reading a 500 page YA novel. I had no control over what books I was given and the hours I had to put in sometimes were horrendous. In the end I had to give it up because I needed my time back.

Apart from that, memorable clients include the hearing aid company I did social media for for 18 months, the PR company who got me to work 12 hour days at a big car event (I loved that!), and the PR company who had me writing about beauty and weddings.

Only once have I ever messed up. Which isn’t bad in seven years and 500 invoices. For a few months, I was doing proofreading for a company which produced internal magazines for big businesses. It was good work and they never quibbled over my hours or my rate of pay. But once I missed two things on the contents page of a large magazine – a page number was incorrect and I missed a capital F that should have been a lower case one. I never miss capitals. I don’t know why I missed that one. But I never worked for them again.

My list of 85 clients includes paid blogposts. Although this blog isn’t my business, if someone offers to pay me for a post, I’m not going to turn them down if it fits reasonably well with my blog. Every little helps and paid blogposts pay a lot better than my freelance work. 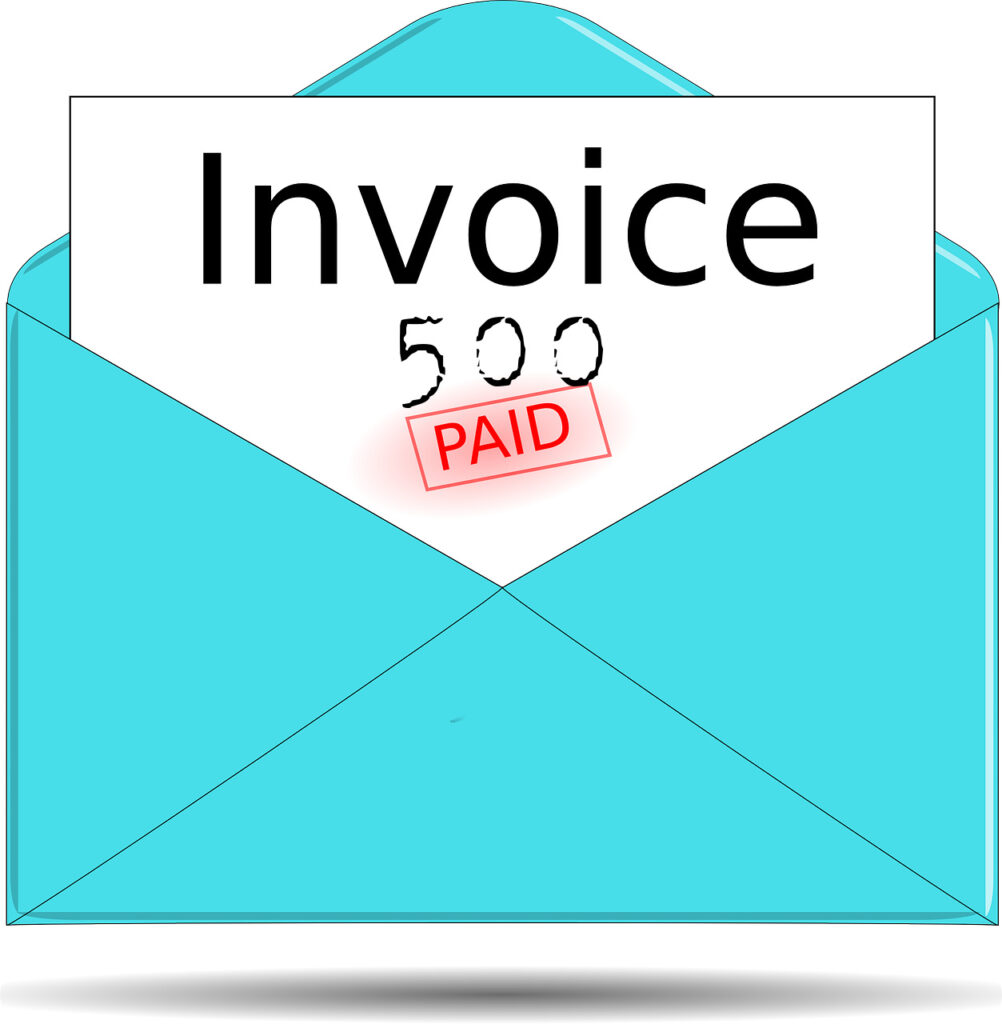