Life of Pi by Yann Martel

Life of Pi by Yann Martel is a modern classic which somehow passed me by when it was published. To be honest, there are plenty of modern classics that pass me by, so I shouldn’t be surprised, especially as this was published when I was busy giving birth to small boys!

Like most people, I knew that Life of Pi was ‘the book about the boy on the boat with the tiger’, but didn’t know much more than that. I was inspired to rectify that situation when I read a review of it on Yet Another Blogging Mummy’s blog.

Life of Pi is most definitely a book about a boy on a boat with a tiger, but there is more to it than that too. The first third of the book introduces us to Pi – an interesting boy growing up in India, with unique views on religion, among other things. We find out the origins of his mathematical name and about animals and how they behave in zoos and the wild.

Pi’s father runs the local zoo, but he decides to sell up and move the whole family to Canada – taking a few of the animals they’ve sold with them.

It is on the journey to Canada that Pi finds himself stranded on the Pacific with a zebra, a hyena, an orang-utan and a tiger called Richard Parker.

How does a 16-year-old boy on a flimsy boat survive the sea, the weather, the sharks and sharing a small space with a 450-pound tiger?

The vast majority of the book is about Pi’s time on the boat, which you would think could get pretty boring. What is there to say about a boat in the middle of the sea? Actually, there is a lot to say and it is beautifully written, entertaining and never boring. It is also, surprisingly perhaps, not very scary either.

Life of Pi won the Man Booker Prize and it is easy to see why. If you are looking for an uplifting book which is pretty easy to read, I would recommend Life of Pi for anyone from the age of about 13. 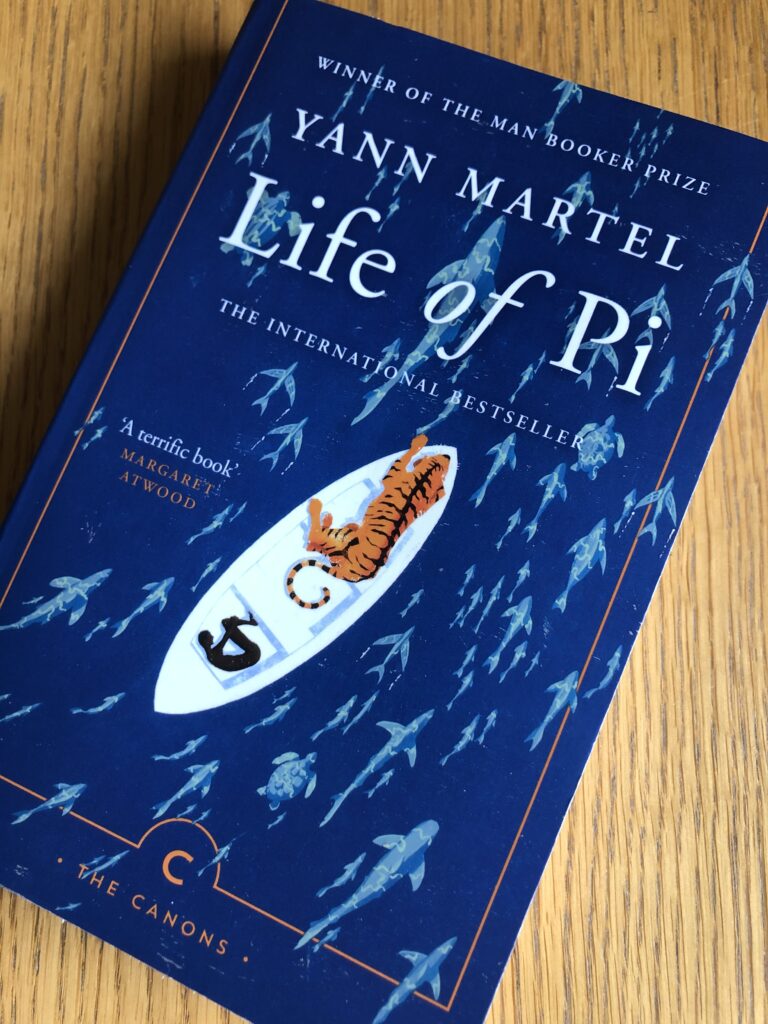