All the Lonely People by Mike Gayle

Home » Book Reviews » All the Lonely People by Mike Gayle

All the Lonely People is the story of 84-year-old Hubert. Hubert leads a very active retirement with his friends Dennis, Dotty and Harvey – at least that’s what he tells his daughter Grace when she calls from Australia every week. In reality, Hubert is a lonely man and he doesn’t realise how lonely he is.

But when Grace announces that she is going to visit, he knows he can’t admit to his lie and will have to find himself a real life Dennis, Dotty and Harvey. Then young single mum Ashleigh comes crashing into his life. But he can’t be friends with a young woman, can he? He needs a male friend in his 70 or 80s.

On his quest to find friendship, Hubert gets involved in a big campaign, gets to know an old friend again and even has a second chance at love.

This is a beautiful and moving book, which reminds me of some of my favourite feelgood reads – A Man Called Ove, Something to Live For and The Lido. Both Hubert and Ashleigh are wonderful and believable characters and their relationship is so heartwarming.

If you haven’t read any Mike Gayle before, you might not realise that Mike Gayle is a black man writing the sort of books usually written by white women for women. He was recently the first man to pick up the Outstanding Achievement Award at the Romantic Novel Awards. He has been writing books for over 20 years, but I read an interview in The Guardian with him recently, in which he said this is the first time he’s really touched on racism in his stories. The story fluctuates between the present and Hubert’s past – starting with his arrival in England in the 1950s. The racism both he and his beloved wife Joyce suffered was shocking. 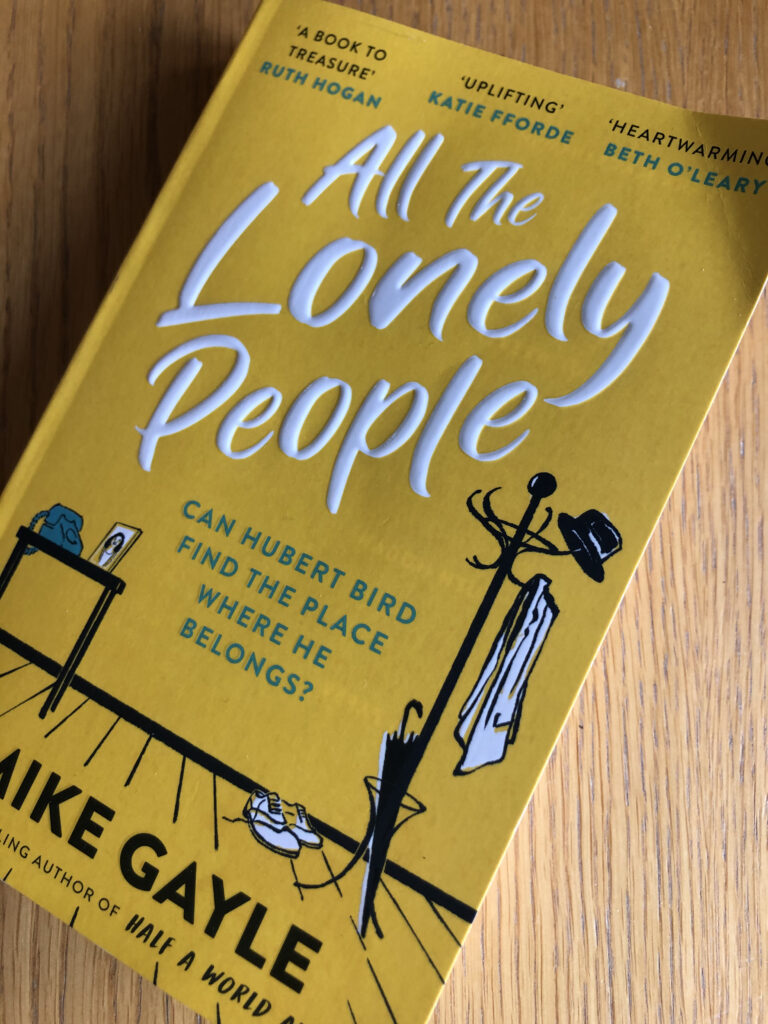