Something to Live For by Richard Roper

Home » Book Reviews » Something to Live For by Richard Roper

I read a lot of book reviews on blogs, in the regular emails from Waterstones and in heat magazine. I try to remember them if a book sounds good, but inevitably I forget most. I read reviews of Something to Live For earlier this year and I made sure I wouldn’t forget! It sounded like just the sort of book I would enjoy.

In fact, I liked the sound of it so much that I went to see the author talking about it, along with the author of The Flat Share, at Cheltenham Literature Festival – before I’d had had chance to read it. The literature festival put the two books together under the title Feel Good Fiction and I think this could be my new favourite genre. These are books that put a smile on your face. They have humour and warmth, but they are also emotional and moving and bad stuff does happen. These are books like Eleanor Oliphant is Completely Fine, Three Things About Elsie and The Trouble with Goats and Sheep.

Something to Live For is the story of Andrew, a man in his early 40s who is terminally lonely. In the evenings, he has the music of Ella Fitzgerald and his model trains to keep him company. Andrew works for the council, going into people’s houses when they have died alone and without family, to look for clues about their next of kin. Andrew always goes to their funerals and is often the only person there.

In the office, Andrew isn’t particularly sociable and he doesn’t like his colleagues. But then a new colleague,  Peggy, comes along and Andrew suddenly thinks he really does have something to live for.

But Andrew told a white lie at the very start of his job, which has grown out of all proportion and he doesn’t know how to stop it. Andrew told his colleagues he has a wife and two kids at home and all of sudden they are asking to meet them. Will he be caught out? Should he own up? Or does he face a future like that of his dead clients?

Something to Live For does have a lot in common with Eleanor Oliphant. Like Eleanor, Andrew is a character who struggles with social norms and fitting in. And like Eleanor, it is a colleague who makes him see that there is more to life than his lonely existence.

I’ll be honest, for the first 40 or so pages, I didn’t love this as much as I’d expected to. But I soon fell in love with it after that. Both Andrew and Peggy are very likeable characters and there is so much warmth and humour on every page.

I would recommend Something to Live For to anyone. It is a moving and easy to read book, which will really put a smile on your face. 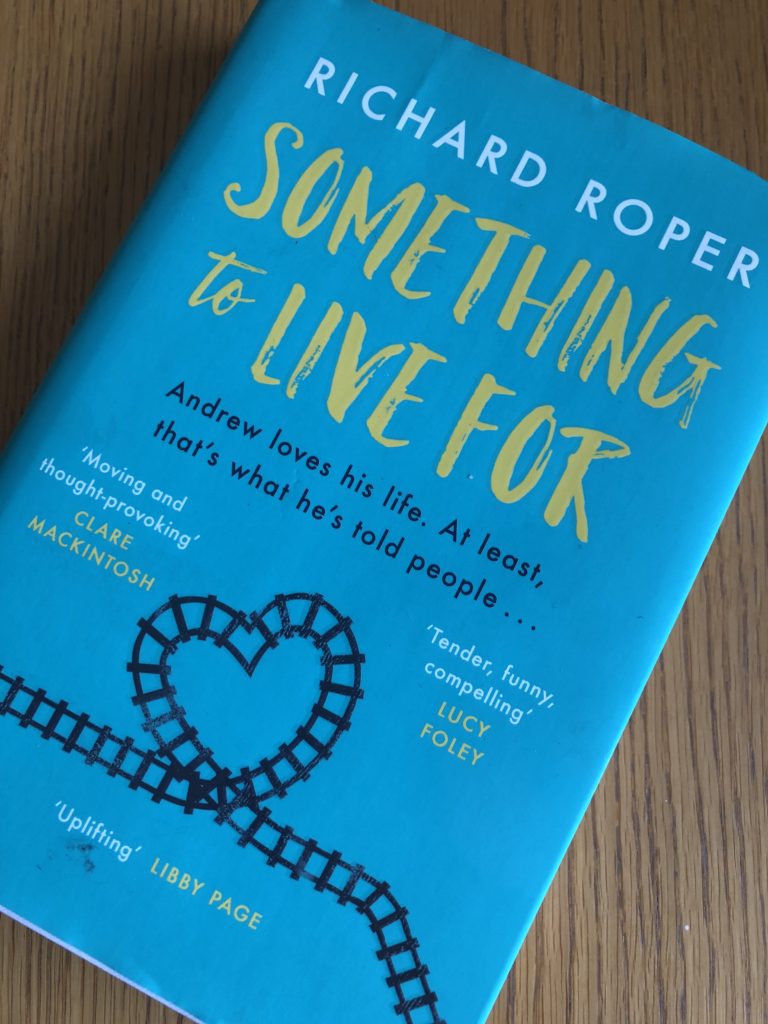