Half a World Away by Mike Gayle

Home » Book Reviews » Half a World Away by Mike Gayle

I bought Half a World Away by Mike Gayle in the summer, after seeing lots of positive reviews on social media. Then somehow it took me a long time to get round to reading it. I think I’ve read one Mike Gayle book before, way back when my kids were small, and I don’t even remember what it was. Mike Gayle is quite unusual in that he is a male author, but writing books which read very much like a Jane Green or a Jodi Picoult.

Half a World Away is the story of Kerry, a woman who loves her ‘baby’ brother more than anything. But she hasn’t seen him for 30 years. Kerry and her brother were taken into care as children and, while Kerry went into a children’s home, her brother fell on his feet.

Now a single mum to 10-year-old Kian  and living on a rough council estate, Kerry works hard to ensure Kian will never have a life like hers.

By contrast, Noah was adopted into a loving family and went to private school and university, before becoming a barrister. He has no idea about his life beforehand and no idea that he had a sister who loved him so fiercely.

Written from the point of view of both Kerry and Noah, the book tells the story of a very intense period of their lives during the few months after their first meeting.

I like an emotional book that makes me cry, but this book broke me! It is so brilliant and so emotional. I don’t ever remember a book stopping me from going to sleep at night because it was so upsetting, but that’s what Half a World Away did to me.

If you like a moving book, I can’t recommend Half a World Away highly enough. But if you don’t like an emotional book, or you are going through a tough time yourself, I would recommend that you steer clear of it. It is one of those books which really gets inside your head. I will remember it for a long time to come. 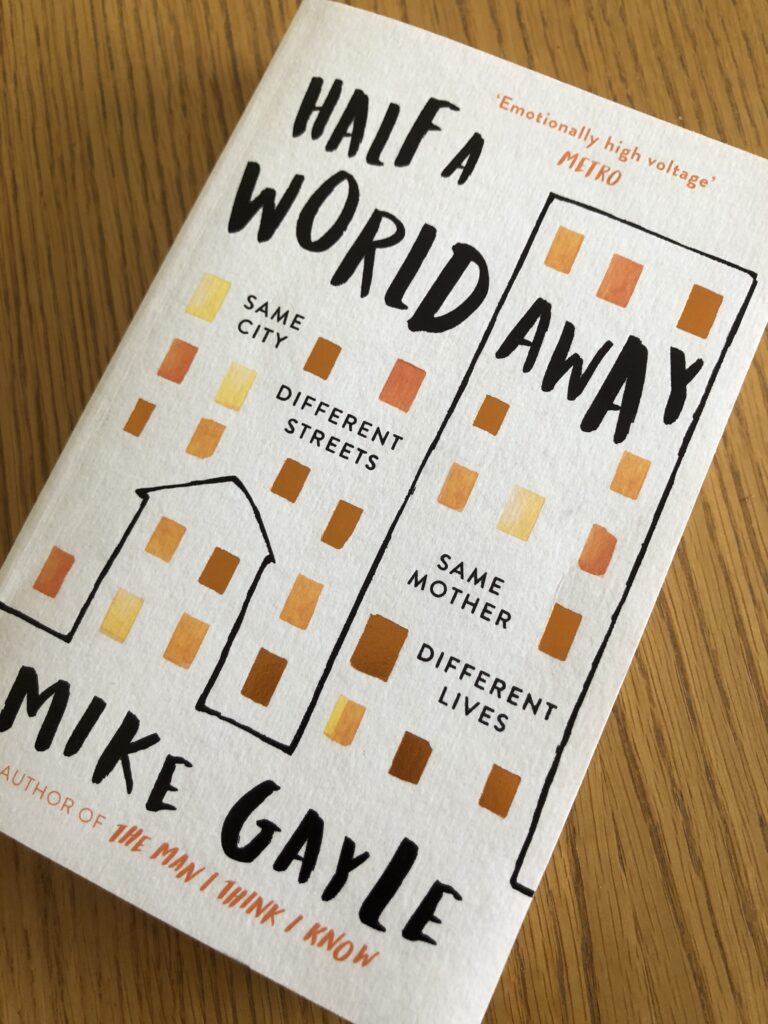