The Ballad of Songbirds and Snakes by Suzanne Collins

The Ballad of Songbirds and Snakes is the story of Coriolanus Snow, a young man of 18, who goes on to become the cold and heartless President Snow in The Hunger Games trilogy. The Snows were once a powerful family, but the war took its toll on many families in the Capitol. Now Coriolanus, his cousin Tigris and their grandmother are barely scraping by on the strength of the old family name.

The Hunger Games is in its 10th year and has none of the glitz and glamour of the later events depicted in the trilogy. To drum up interest, students from the Capitol’s prestigious school, the Academy, are chosen as mentors to the tributes – the children from the Districts who must fight to the death. Everyone knows the best tributes come from Districts 1 and 2, but Coriolanus is given the lowest of the low to mentor. It feels like the ultimate insult to him and his family name. But can Coriolanus and his tribute really make an impact in the arena?

For most of the book, Coriolanus feels like a much more likeable character than the president he becomes, although he is not without his moments of shocking and inhuman behaviour. Is he a bad person, or is he just doing what you have to do to survive in Panem?

The Ballad of Songbirds and Snakes is a good read with a few twists and turns along the way. Did I love it as much as The Hunger Games? No, but that’s because The Hunger Games took me by complete surprise. I hadn’t expected to like it and it blew me away. I was already prepared to enjoy The Ballad of Songbirds and Snakes. Although set a long time before the trilogy, there are a few little clues and references in there to connect the stories. 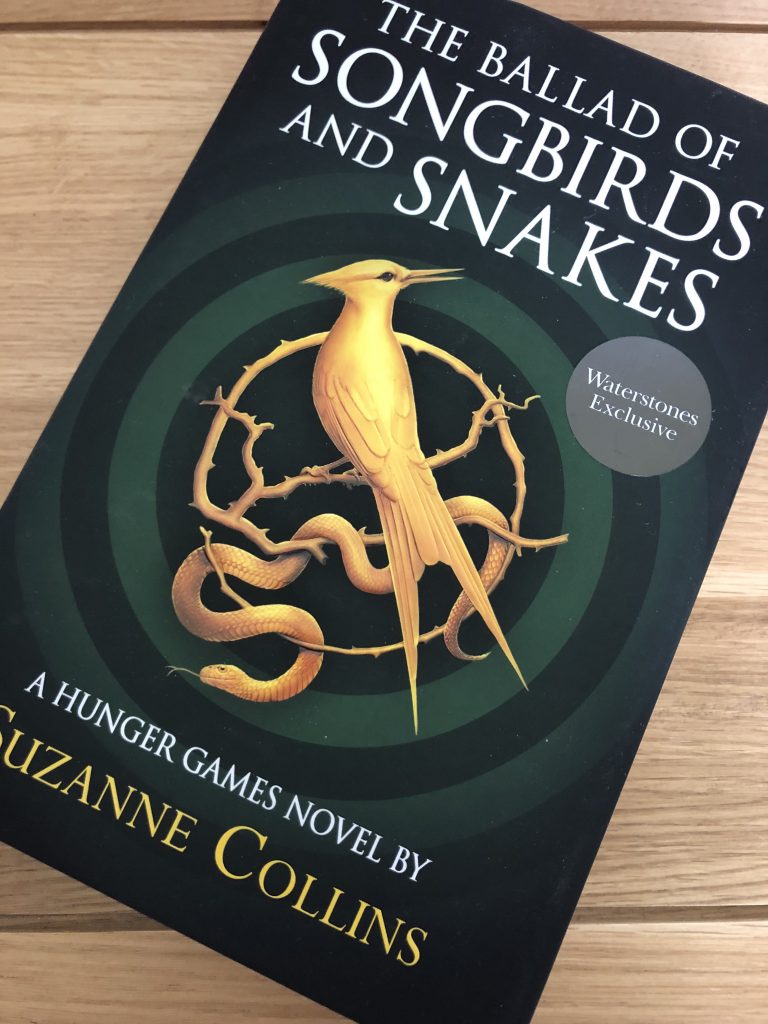