The Hunger Games by Suzanne Collins

OK, I’m VERY late to the party here. I’ve never read The Hunger Games before, or watched any of the films – or had any desire to!

My younger son bought the trilogy with some birthday vouchers 18 months ago, but never read them. He hasn’t read much at all over the last couple of years. At his recent parents’ evening, most of the reports from teachers were glowing, but his English teacher said he needed to read more as it was very clear from the kids’ creative writing who reads and who doesn’t.

He reluctantly started The Hunger Games.

Three days later, he’d finished it, after staying awake until 11.30 on school nights reading it (not what I would recommend!). Another three days later and he’d read Catching Fire, the second in the series too.

And he just kept telling me how brilliant they were and how I must read them. And I really didn’t want to read them. I thought I wouldn’t like them, because I know his taste in books is very different to mine – he likes fantasy books and I can’t bear them. But in the end I felt I was being unfair to him not to give them a chance. Last year, I read a book my eldest has insisted I read – One Flew Over the Cuckoo’s Nest. I really didn’t enjoy that either, but I read it because he wanted me to.

It wasn’t what I expected at all. For starters, it wasn’t a fantasy novel. Yes, it was set in the future, yes, things were very different to the way they are in real life now, but it felt believable.

Every year, each of the 12 Districts selects at random one boy and one girl to fight in The Hunger Games. It is a fight to the death and there can only be one winner. When Katniss Everdeen’s beloved 12 year old sister, Prim, is selected to represent District 12, one of the poorest districts in the Games, Katniss steps forward to take her place.

Before she knows it, she is whisked away to be styled and trained ready for the Games. Peeta, the boy from District 12 seems nice, but she is scared to befriend him for fear they will have to kill each other and scared to trust him in case he betrays her.

The Games aren’t a gladiator-style fight to the death, as I’d imagined, but a survival challenge.

Can Katniss, a girl from a poor district, win The Hunger Games? And will she be forced to kill Peeta? There’s only way to find out! (Well, there’s two, but I’m so glad I read the book before watching the film.)

This really is a brilliant book – very well-written and a great story. I was hooked from start to finish. I can totally see why my son read it in three days.

Now onto the next book…. And my son and I can watch the film now too! 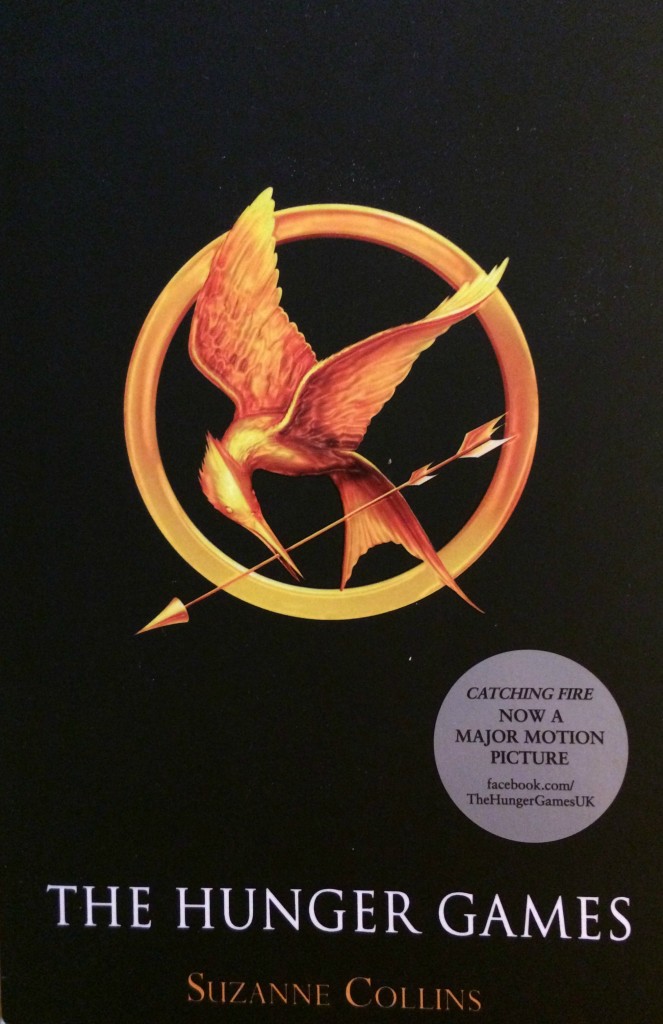