Warning – this contains spoilers to The Hunger Games, although not to Catching Fire itself.

I loved The Hunger Games so much that I had to go straight on to read the second book in the trilogy – Catching Fire.

Against all odds, Katniss and Peeta have survived The Hunger Games and are alive. Living in the Victor’s Village, they are busy touring the other Districts to celebrate their win. They should have nothing worse to look forward to than being a sponsor to future tributes and nothing to fear.

This is another brilliantly written book and a real page-turner. The story unravels at a fast pace, with plenty of twists and turns along the way.

I’ll be honest, I didn’t enjoy it quite as much as The Hunger Games itself. The series is meant to be far-fetched and unrealistic, but I felt Catching Fire went a little bit too far in places, to the point where it was completely unbelievable.

A friend told me she thinks Mockingjay, the final book in the series, is the best of all, so I’m straight onto that one! I’ll give you my thoughts on Mockingjay soon. 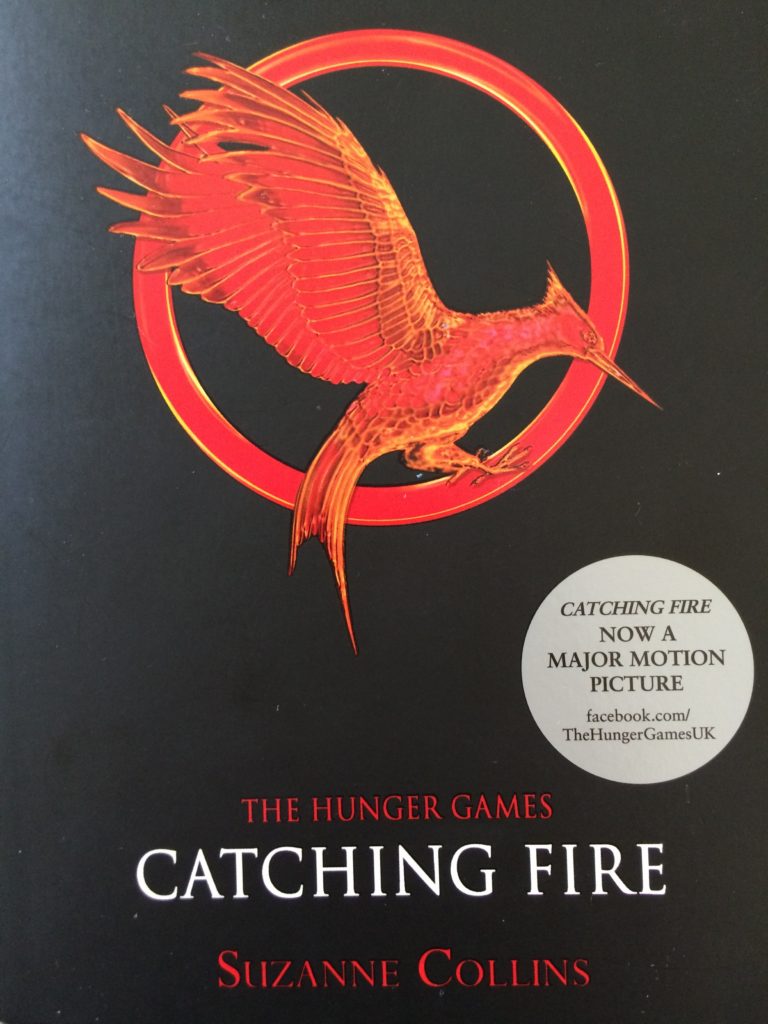