Someone is Lying by Jenny Blackhurst

Home » Photo Linkies » Someone is Lying by Jenny Blackhurst

I bought Someone is Lying a few months ago, after reading a review in Heat magazine. I actually bought three of the four books that were reviewed that week (the others were Violet and one I still have to read)! After taking over a month to read The Mirror & the Light, lockdown and self-isolation have sent me into a bit of a reading frenzy. Someone is Lying is the fourth book I’ve finished in under two weeks – it usually takes me about 10 days to read a book.

Someone is Lying is Jenny Blackhurst’s fifth novel – I haven’t read any of her others. It tells the story of a group of friends (or possibly frenemies) in the exclusive Cheshire community of Severn Oaks. It is nearly a year since one of their number, Erica, fell from a tree house at a Halloween party and died. The police believed it was a tragic accident. But did somebody know more about the ‘accident’ than they were letting on?

Then an anonymous podcast announces six suspects among the group of friends. It promises to reveal more of the truth every week. Suddenly the whole group is on edge. Can they trust their friends and their partners? Can they even trust themselves?

Before the podcast series is finished, the police will be launching more than one murder enquiry. Someone is clearly lying, but who?

Someone is Lying isn’t a great work of literature, but that doesn’t matter. It is a real page turner, with a lot of twists and turns along the way. It keeps you guessing right to the very end. One twist about three quarters of the way through the book threw me so much that I had to re-read it a couple of times to check I’d understood it properly.

If you’re looking for nice characters, this isn’t the book for you. I don’t think there is a single likeable character in it. They are the sort of mums you would avoid like the plague at the school gate – always looking down on others and quick to judge. But if you don’t mind horrible characters, I would definitely recommend Someone is Lying. It is an enjoyable thriller which is the perfect easy read for lockdown. 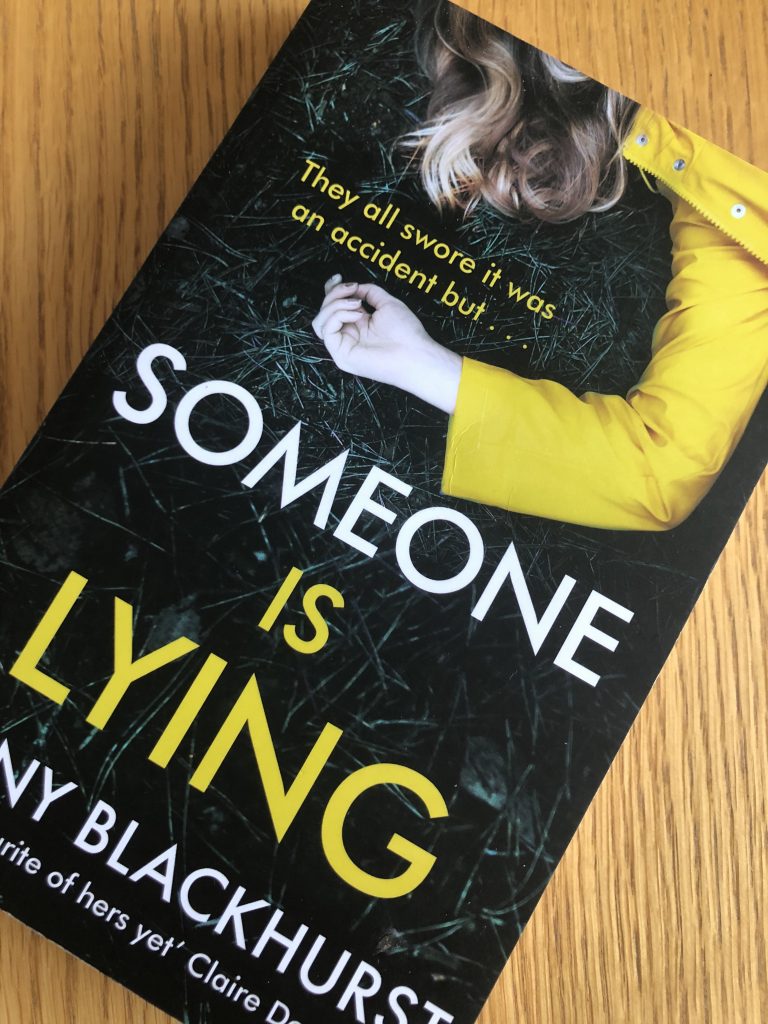