So a few days ago, I got a temperature. Which was bad news for us all. Obviously bad news for me, because I was ill, but also bad news for my family. Because it means self-isolation. I’m as sure as I can be that I had coronavirus. The temperature was accompanied by a headache and tiredness. I got a dry cough a couple of days later and I lost my sense of taste.

There was no question that we had to follow the self-isolation rules.

My kids have been very good about lockdown. I know that in the early days, a lot of teenagers were begging to see their friends, but mine have always just accepted it. But they live for their daily exercise. Take that away from them, and they are not happy bunnies. My husband too had been running nearly every day and was worried about what it would do to his fitness.

But it’s just two weeks. So many people up and down the country have to do it – many of them for 12 weeks. It’s a small price to pay.

To their credit, my younger two kids and my husband embraced it without complaining.

My daughter had already been exercising in the house, as well as a daily run or walk, so she and my younger son just did more of that. They walked a circuit of the garden to get to their 10,000 steps – remarkably, taking in the front and back gardens, it was 200 steps. One day, they actually made it to 18,000 steps around the garden! Our grass has taken a serious hammering over the last few days. 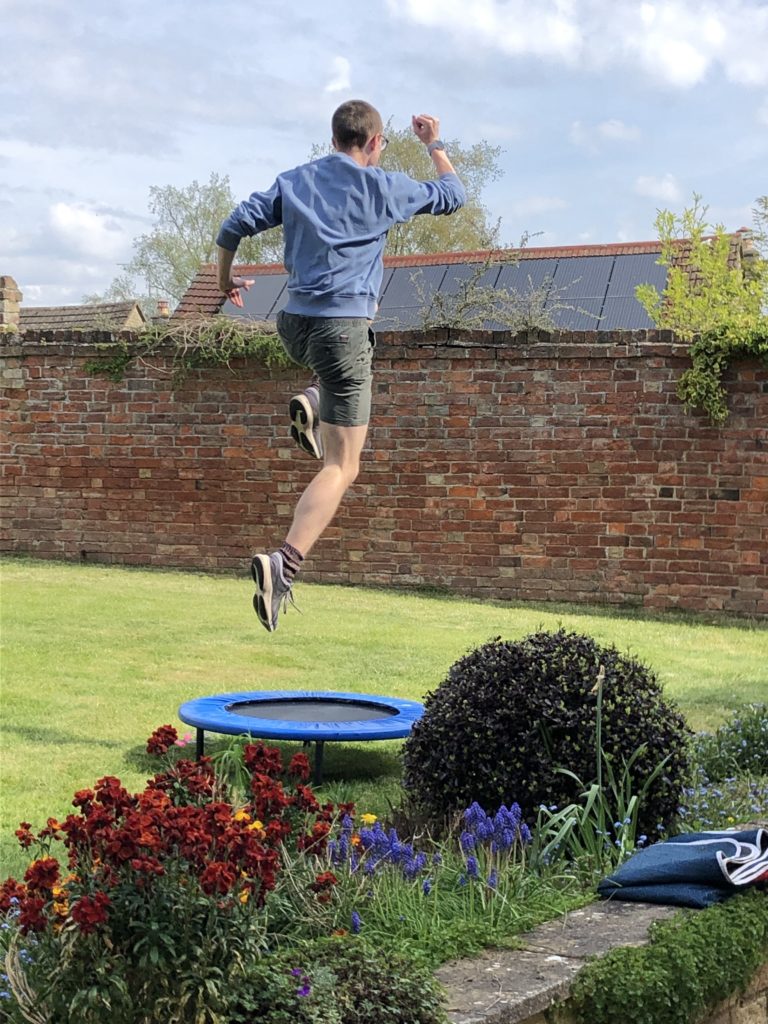 My eldest, ironically the one who does the least exercise, was the most cross about the situation. I  told him that if he breaks the rules he is no better than the people having picnics in parks or going to people’s houses for parties. He sees things very much in black and white – if he doesn’t see anyone when he’s out exercising, it doesn’t matter. But if everyone took that attitude it would matter, because the world would become a very busy place!

My younger son has been very good about me being ill and hasn’t seen the point in me avoiding them, which is nice. My daughter was initially upset, because of everything she has seen on the news, and also because I couldn’t hug her. I hug my daughter a lot and we both get a lot of benefit from it. I also read a book with her every night, so we haven’t been able to do that.

My husband made a rule that I wasn’t to touch anything. Which wasn’t easy. It meant my family had to get every single drink, meal and snack for me. The only exception to the touching rule was in my own bedroom and bathroom, as I was the only one using it. We’re lucky that we have a spare room and more than one bathroom, so my husband didn’t have to share with me.

Like most mums, I am constantly doing jobs. I do jobs without even thinking about them. I unload the dishwasher, do all of the washing (including putting away), change the beds, sort out the recycling and a million other things. It’s hard not to be able to just open the blinds or re-stock the toilet rolls in the bathroom. I just do this stuff on instinct. Luckily it was Easter weekend when I got ill, so my husband had more time on his hands to do my jobs. The kids had to help out with the cooking, putting their own washing away and anything else my husband asked them to do. Again, my younger son took it all in very good grace and was happy to help out, with my daughter slightly less willing and my eldest very unwilling.

I don’t enjoy doing all the jobs I always do and it would be nice to get more help normally, but it was frustrating not being able to do them. Hopefully it will have given the rest of the family an appreciation of just how much I do for them. My husband now understands why I moan about the washing and why I moan when people put the recycling in the wrong place!

Very conveniently, being ill across the Easter weekend meant I didn’t have to miss any work. I got the temperature on the Thursday afternoon after I’d finished work. I felt ill on Friday, Saturday and Sunday, and slightly better on Monday. By Tuesday, I felt well enough to work. I usually work in the spare room, but my husband had been sleeping in there, so he had to work in there, to avoid me infecting the room. I worked on a camping chair in my bedroom, until the end of the week, when I was symptom-free and no longer infectious.

I am now free to go out into the big, bad world, and have had the ‘pleasure’ of the supermarket, but my family still has to isolate for a few more days. I would like to get out for a run or walk, but feel guilty that my family can’t. To be fair, probably only one of them would complain, but I don’t really need the conflict in lockdown.

I’m hoping that my family stay free of the virus because of my efforts to keep away from them. It is also possible that they have already had it with even milder symptoms than me. They have all had a few days of feeling under the weather in recent weeks, but without textbook coronavirus symptoms.

Obviously for families with younger kids, or smaller houses, it would be harder for one person to isolate from the family. But for us it was possible and it seemed like the right thing to do. 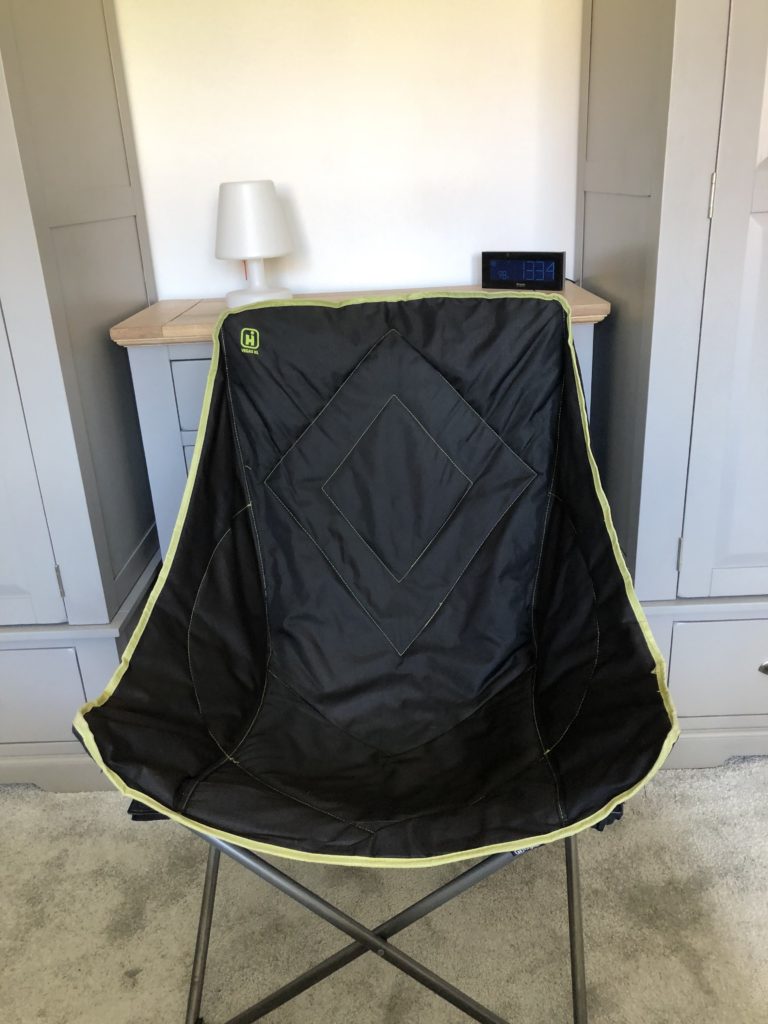