I bought Violet after reading a review in heat magazine, which I find to be a pretty good source of book reviews. A psychological thriller about toxic female friendship, it sounded just my cup of tea.

Violet is the story of two young women – Carrie and Violet. They are both travelling alone – Carrie after her best friend had an accident just before their dream trip and Violet after splitting up with her boyfriend. When they meet in a Beijing Hotel, Violet is desperate for a ticket on the Trans-Siberian railway and Carrie has her friend’s ticket going spare. So it makes sense for her to invite Violet to take the ticket and for them to travel together.

Stuck in a cramped cabin, the two women quickly become the best of friends. Through Mongolia and into Russia, they drink, take drugs and socialise. But is sharing a cabin with a complete stranger a good idea? It’s not long before their fledgling friendship starts to unravel. Are either of them actually who they say they are? And can either of them be trusted?

Narrated largely by Violet, interspersed with emails from Carrie, this is a claustrophobic thriller. It’s clear there is a lot going on in both of their heads and that they don’t choose to share everything with either the reader or each other.

This isn’t the best book I’ve ever read and it’s not one of the books I will remember in great detail in the months or years to come, but not every book can or even should be a great work of literature. SJI Holliday’s sixth novel is a real page turner, but probably only for readers who are already fans of psychological thrillers. If you enjoy a dark read and characters who aren’t entirely likeable, I would recommend Violet. 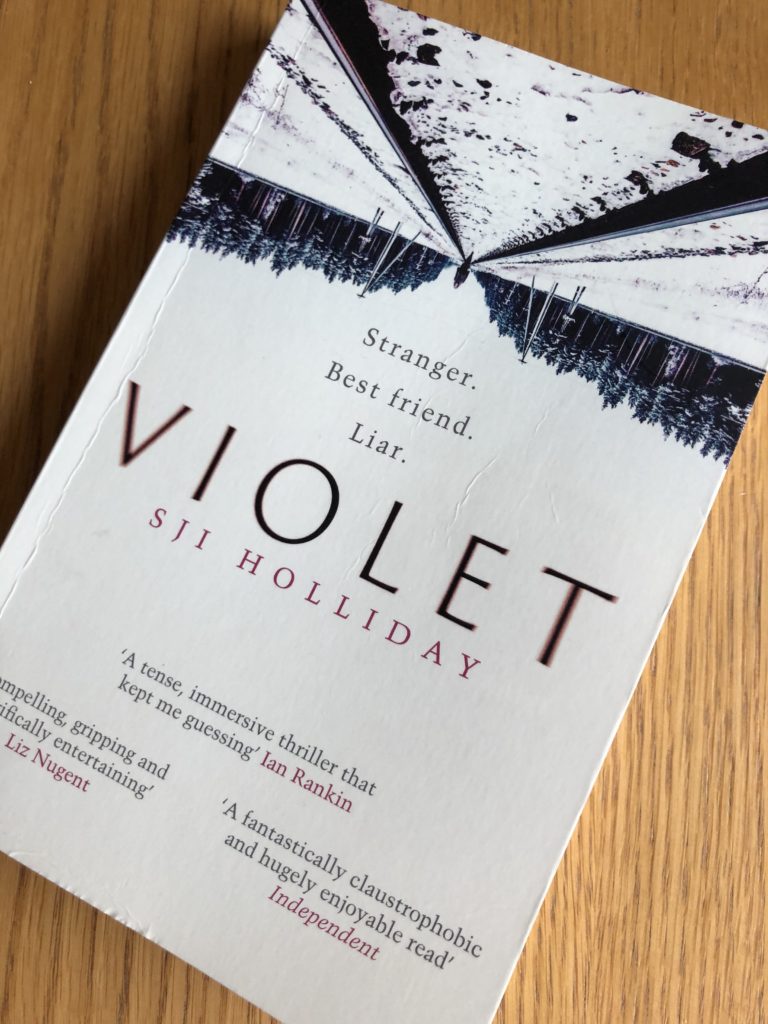