Knife by Jo Nesbo is the latest (12th) Harry Hole thriller. The Harry Hole books were some of the first thrillers I read and, over the years, I have read all of them. So there was no question that I was going to read Knife.

Harry Hole is in a bad place. His beloved wife, Rakel, has thrown him out and he is drinking heavily again. At work, he is no longer allowed to work on the challenging murder cases which are his speciality. Instead, he is working on straightforward domestic murders and cold case.

Notorious murderer and rapist, Svein Finne, has been released from prison, and Harry is determined that he should go back there before he does any more damage. Finne is out to get Harry, but can Harry get him back behind bards first?

When Harry wakes up with blood on his hands and no recollection of how it got there, he knows things are only going to get worse. But has the worst already happened for Harry?

Knife is a great read for Harry Hole fans, or for any fans of crime novels. Harry is a likeable character, despite his flaws. At over 600 pages, Knife never gets boring. It felt like a couple of early strands of the story had been forgotten, but of course they hadn’t. And of course they were very relevant to the eventual outcome. The solution to the murder at the centre of the story is a work of genius by both Harry and, of course, Jo Nesbo.

Although I would definitely recommend reading the other Harry Hole novels (with the exception of The Bat and Cockroaches, which aren’t as good), it’s not essential that you read them in order. You can also enjoy this as a stand-alone novel.

You can read reviews of lots more Harry Hole books on the blog. 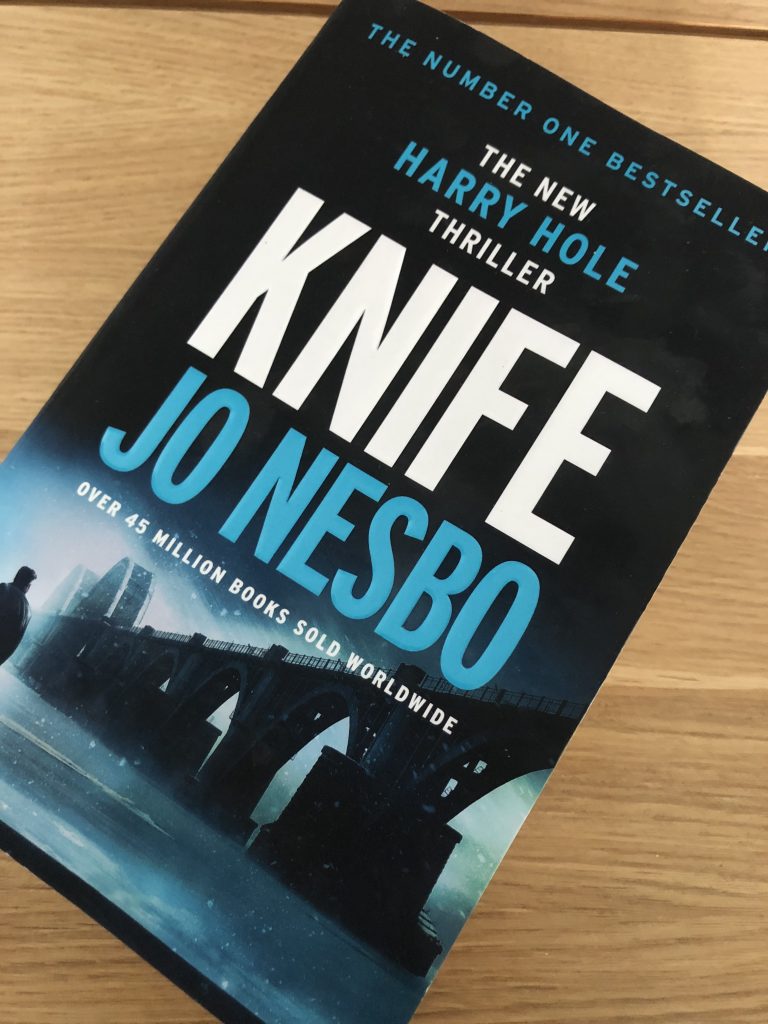