The Thirst by Jo Nesbo

The Harry Hole books by Jo Nesbo were some of the first thrillers I ever read – and I loved them. It’s been a long time since Police, the previous Harry Hole book, so I was very excited when I spotted The Thirst. But, now I’ve developed my obsession with psychological thrillers, would I still love the Harry Hole books as much?

Harry Hole has given up life in the police and is now a lecturer. He is happily married to his long-term love, Rakel, and his stepson, Oleg, is all grown up and at police college. But then a woman is found murdered in a particularly brutal way, quickly followed by another. Could this be the work of the one that got away, the only killer Harry failed to catch? When the police get in touch to ask if he’d go back to help them crack the case, will he go back?

Of course he will.

Things escalate pretty quickly, but Harry assembles his own team to look at the killings from a different angle. Will he see something the police have missed? But when things go wrong at home and Rakel and Oleg need him more than ever, where do his responsibilities lie, with his family or with the police?

The Thirst is over 600 pages long, but it didn’t feel like it to me. The story never eases up and never gets boring. Even when it seems that the case is solved, there is still a lot more happening. (And I was very proud of myself that I managed to identify one of the bad guys.) The descriptions of the murders are pretty graphic and nasty, so if that’s not your thing, it’s probably best to steer clear. But if you like a proper police kind of thriller, you will love The Thirst. And if you’ve never read any of Jo Nesbo’s Harry Hole books before, you need to go and check them out! 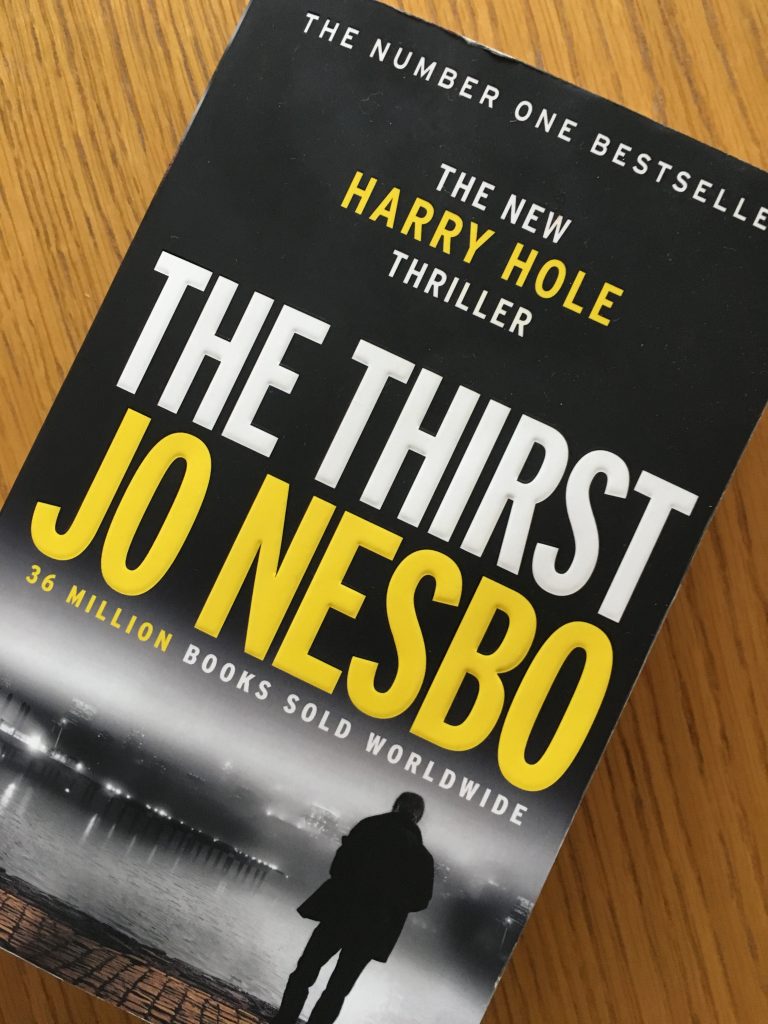