I’m the first to admit that, when it comes to Christmas, I’m a bit of a grumpy old Scrooge. But there is one thing I absolutely love about Christmas. Possibly it is the thing I love most – Christmas songs.

This is perhaps surprising for someone who has nil musical ability or understanding and who is a terrible singer. But I just absolutely love the sheer joy of them. I love that they are here for just a few weeks, we all enjoy them and then they go away for another year. And when they came back, it’s like old friends returning. Every word, every tune is so familiar.

I’m an avid listener of Radio 1. I listen to it on and off throughout the day, seven days a week. And I love the way that, in the last few days before Christmas, it is basically playing 50% Christmas songs. When and where else would it ever be acceptable to play Bing Crosby followed by Yungblud followed by Shakin’ Stevens followed by Stormzy? It actually makes me sad that the Christmas songs stop immediately the big day is over. Most of us are still in a Christmassy haze right up to new year, so it would be nice if the Christmas songs carried on until then.

Controversially perhaps, I don’t much like Wham’s Last Christmas or Mariah Carey’s All I Want For Christmas is You and yet I’m even happy to hear those songs and sing along to them.

I actually have a complex about my singing voice. I was told too many times as a child that it was terrible (yes, this was an acceptable way to treat children in the 70s and 80s), so I will never sing out loud. In church or anywhere else where I am required to sing, I just mouth the words. But I will always sing Christmas songs out loud.

As a woman in my middle years, it should come as no surprise that my favourite Christmas songs are the classics from the 1970s and 80s. Most of these have memories of childhood attached to them.

So what are my ultimate favourite Christmas songs? In no particular order (OK, number 1 and 2 are in order), they are…

2. Merry Christmas Everybody – Slade. It really is the ultimate Christmas song. The words, depicting a family Christmas are relatable – ‘Are you sure you got the room to spare inside?’ and the chorus is just infectious. Surely every child knows all the words by the time they are about 4? Noddy Holder must be living a very comfortable life on the back of this one song – and rightly so. I’m not a granny yet, but in the case of Merry Christmas Everybody, I would definitely say that the old songs are the best.

3. I Wish It Could Be Christmas Everyday – Wizzard. 1973, the year I was born, was clearly a vintage year for Christmas songs. This was released at the same time as Merry Christmas Everybody and was beaten to the number one spot by Slade. But it has reached the top 40 at Christmas every year since 2011. Now I very much don’t wish it could be Christmas every day, and the lyrics are nonsense (the snowman definitely doesn’t bring the snow), but I love this song. I love the catchy chorus. I love the cute kids’ voices at the end. It’s one of those I just can’t resist singing and that’s why it’s in my top five of Christmas songs.

4. Merry Christmas (War is Over) – John Lennon & Yoko Ono. I don’t think this is such a popular choice. Both the lyrics and the music are a bit miserable, but I mainly like it for the memories. When I was at school, in year 8 (or second year as we called it in my day), I used to hang out with my friends in the wrong house hall. Yes, our school was so big that each house had its own hall. I didn’t get on well with the kids in my house, so I hung out in another house hall. The house master (I’m making this sound like Hogwarts, but it was just a comprehensive) decided to have a ‘House Christmas song of the year’. I don’t think that was generally a thing. But he chose Merry Christmas (War is Over) and played it continually. And I grew to love those words. And I still love them to this day.

5. Merry Christmas Everyone by Shakin’ Stevens – this is another one of those songs that just makes me smile and makes me sing. I never get bored of it. I love that my kids know all the words too. There can’t be many songs from the 80s that they know all the words of. It’s also connected to a year 8 memory. I didn’t go to a youth club, but I somehow went to a youth club Christmas disco near to my school. They played this song there. Without this song, I would never have remembered I’d been to a youth club Christmas disco, but when I hear it, I always remember back to all these 80s kids singing along, while drinking brightly coloured Panda Pops. 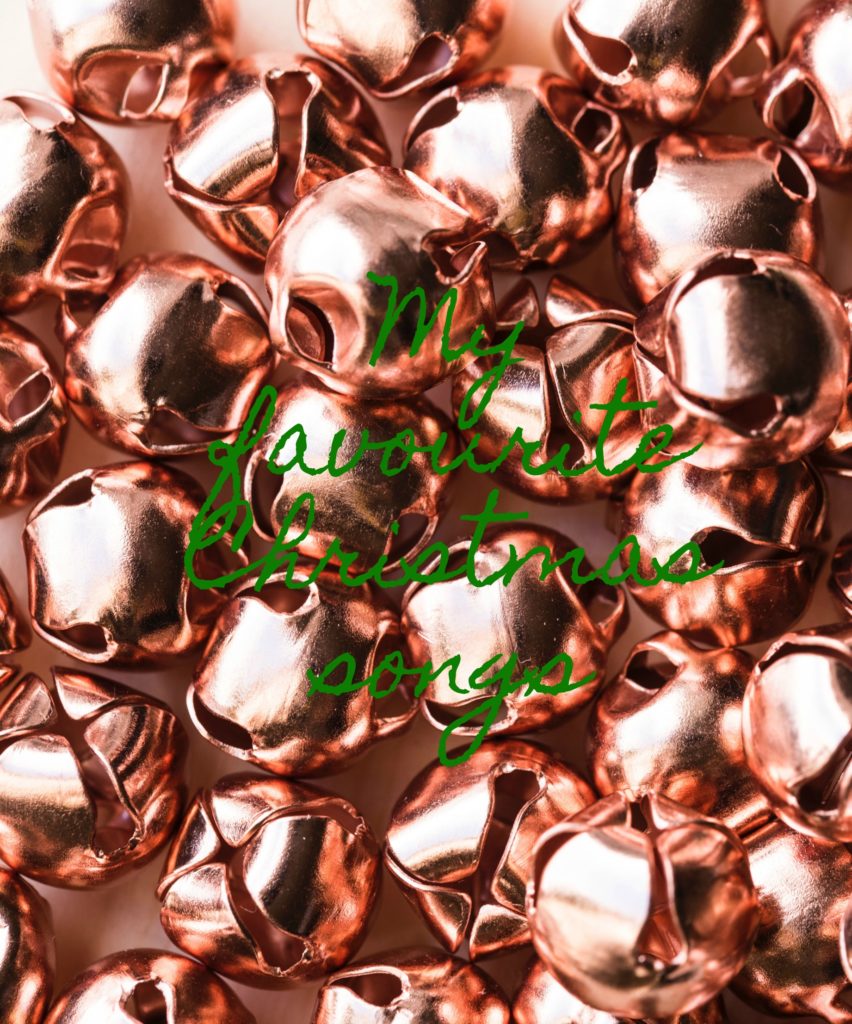