Regular readers will know that we recently welcomed Henry the baby guinea pig into our family. He is adorable and Cedric, our older guinea pig, loves him. Because guinea pigs are amazing pets.

I’m a fairly late convert to guinea pigs, having only ‘discovered’ them in 2014. Before that, it was all about the rabbits for me. We had a string of rabbits through my childhood, right into adulthood. My last rabbit died just before I got pregnant with my daughter. I’m not sure why I decided a few years later that guinea pigs would be the perfect pet for my kids, but I’m so glad I did.

Guinea pigs have big personalities for such tiny creatures. They are all real individuals. And they make the cutest noises.

But the best thing about guinea pigs is something that a lot of people wouldn’t realise. I didn’t really realise it myself until we got Cedric as a baby: Male guinea pigs will instantly accept a baby guinea pig and start to care for it. 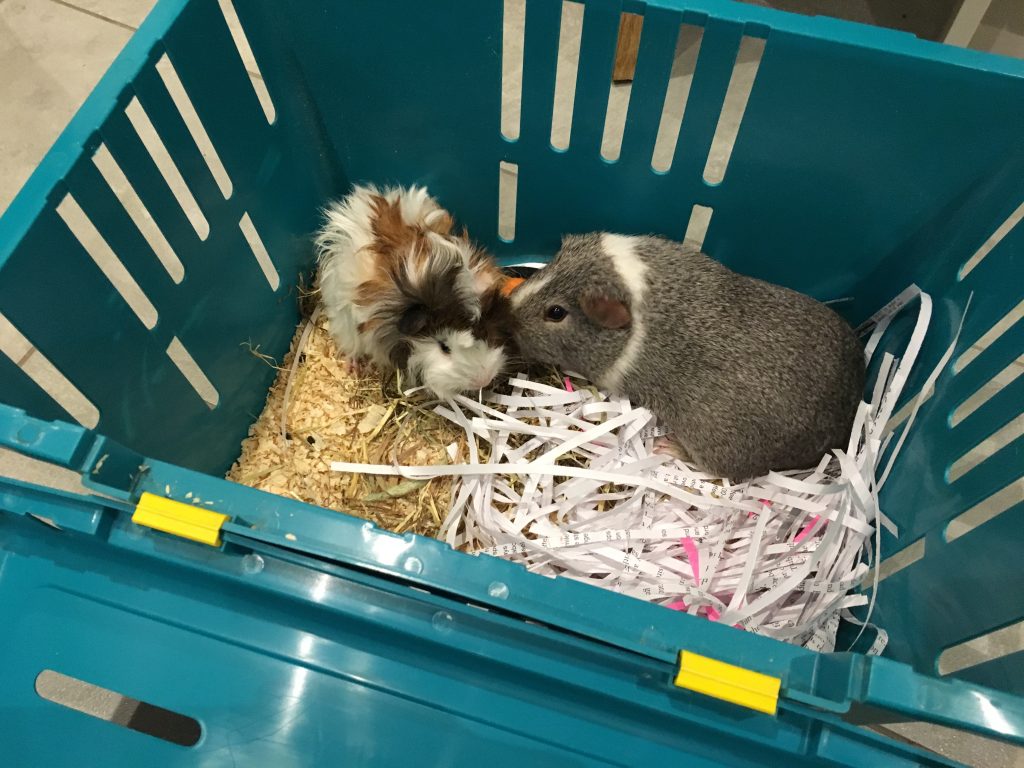 This is a phenomenon which is almost unique in the animal kingdom. Many male animals won’t even care for their own young, let alone one which is unrelated. Sometimes female animals can be persuaded to care for another animal’s baby along with their own, but not always.

But male guinea pigs will accept a new baby without question.

Daisy’s friend, Eric, was the most docile guinea pig imaginable. So when he instantly started grooming a baby Wilfred, I just thought that was an Eric thing, not a guinea pig thing.

When Eric sadly died and we got Cedric, I was worried about how Wilfred, who was a feistier guinea pig, would accept a baby. But he did exactly what Eric had done for him. He groomed baby Cedric and immediately started to look after him. Even though Cedric eventually grew much larger than Wilfred, he still relied on him and still squeaked like crazy if he couldn’t find his ‘big brother’.

Having been through this experience twice before, I had no concerns at all about whether Cedric would accept a new baby guinea pig. Like his predecessors, Cedric started grooming baby Henry and then started to play with him. On Henry’s first day with us, Cedric took him a piece of carrot (where normally he would get his own piece of carrot and hide with it). Often it is hard to see Henry, because he is literally in the shadow of Cedric – following him around as closely as he can. They have two warm beds, but they sleep in the same one.

I know from experience that they will have the occasional scuffle in the future, but I also know they will remain best friends forever.

And that is why guinea pigs are amazing and why I would recommend them to anyone thinking about getting pets. 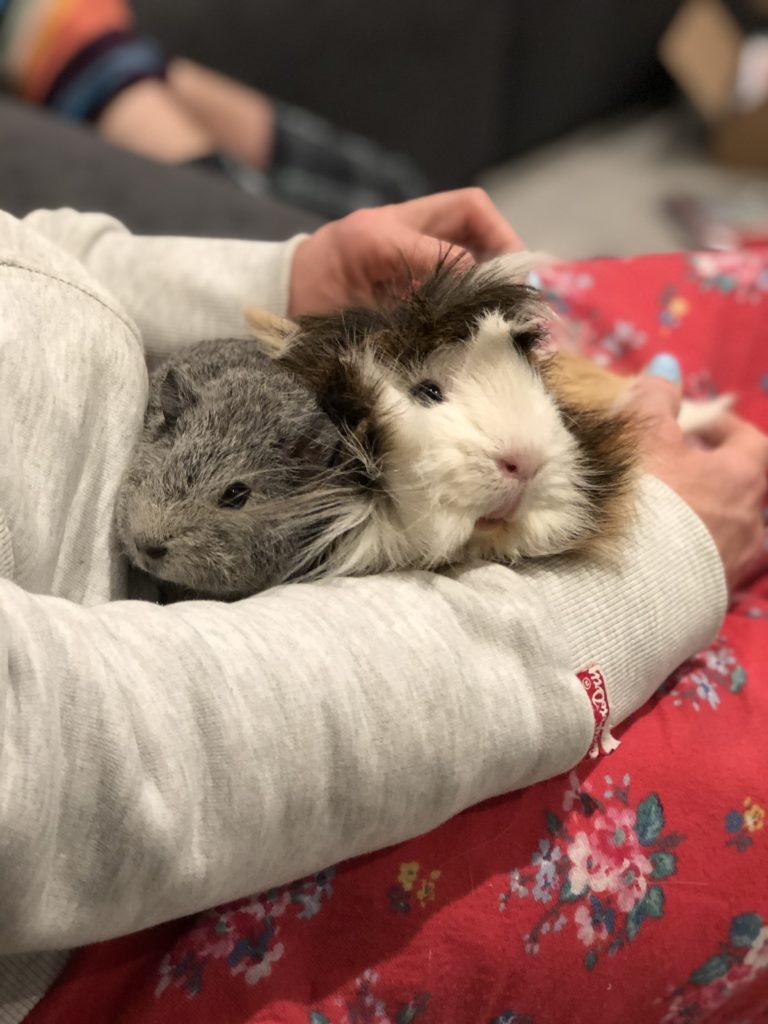