Running: Not bad for a normal person

Home » Family » Running: Not bad for a normal person

If anyone ever asks me if I’m a good runner or a fast runner, I tell them I’m ‘not bad for a normal person’. I’m not an elite runner. I am very, very long way away from an elite runner of my age. I have never been a member of a running club, never had a coach or a personal trainer. I have never even been to a gym. I just run. And, all things considered, I’m not bad for a normal person…

I don’t put much thought into my running. I just run. It’s what I do. It’s what I’ve done for over 25 years. Four times a week, come rain or shine and however busy I am with work, I get out there and I run. I never question what I am doing, never have days where I don’t feel like it. Because running makes everything better.

So I guess with that level of commitment, it’s not surprising that I’m not bad for a normal person.

So many people go into running in a blaze of glory. Maybe they start with couch to 5k. They crack that, so they go for a 10k. Maybe they join a running club. Within a year of starting running, they’ve done a half marathon. And then they just stop. They don’t feel like it any more. Running starts to stress them or worry them. But running is the very best thing for not stressing you or worrying you.

(My husband sets himself different types of run and it works for him – it keeps his interest up and he likes to see improvements. He hasn’t run consistently over the years like I have, so he still has some room for improvement, whereas I’m sure I’ve hit a plateau.)

My half marathon PB is 1:48:10 which is NOT BAD FOR A NORMAL PERSON. That would probably be pretty acceptable for a club runner. Looking at the results for women of my age in the half marathons I take part in, you don’t get many running at 1:40 or below.

It’s been two and a half years since I got my parkrun PB of 22:23. I suspect I won’t ever get near it again. I’ve only gone below 23 minutes once in the last two years, but my standard time of around 23:40 is NOT BAD FOR A NORMAL PERSON. It’s fast enough for me to come first in my age category most weeks at my (large) parkrun. 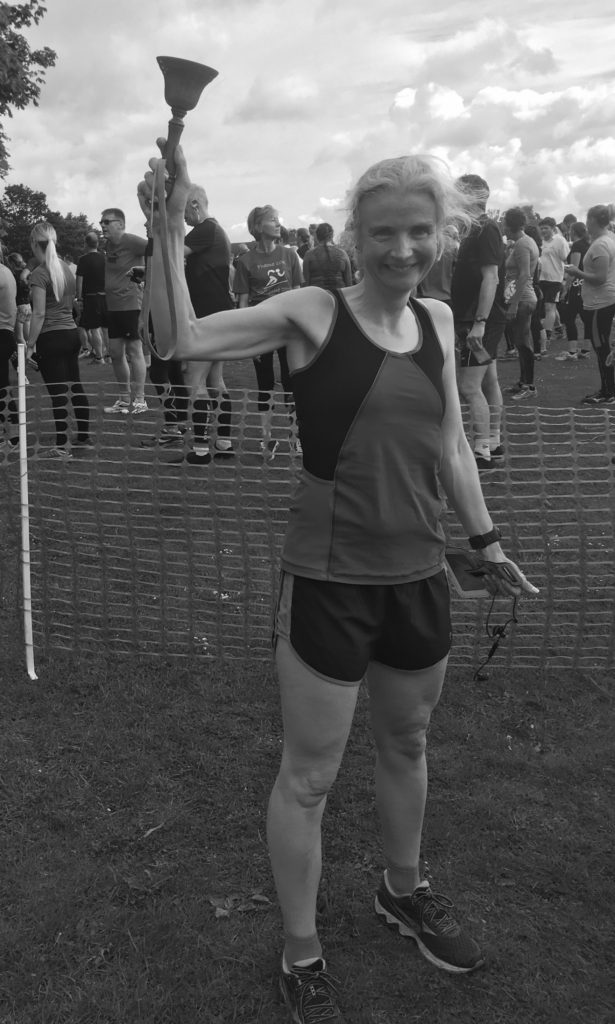 When I ran a different parkrun recently, I was fourth woman in a time of 23:32. I was slightly disappointed as I’d been running hard and had hoped to be second or third. But then I had a think about that – I was fourth female out of 162 women and girls. That’s pretty good really. It’s definitely NOT BAD FOR A NORMAL PERSON. The first female was in the 35-39 age category, putting her at between seven and 11 years younger than me. And she’s a member of an athletics club. The other women in front of me were in the 18-19 and 20-24 age categories. So I think I did myself proud there.

I got 4 hours 21 minutes in my first marathon earlier this year. This is not a brilliant time by any stretch of the imagination, but it’s a good start for a first marathon. Marathon training was the only time where I did actually run in different ways because I knew it was important to build my strength and stamina. I’m pretty sure I can run faster than that. I may even have a sub-four hour marathon in me. But when I start marathon training again in the new year, I’m going to train at 9:30/ mile pace, with the aim of running a faster marathon.

I’m not quite sure where I’m going with this, other than to say – if you want to run, just run. Don’t doubt yourself, don’t question yourself. You don’t have to keep getting better and better. Just run for the sake of running and enjoy it.

That’s what I’ve been doing since 1994 and I’m still enjoying it now.