When I wrote this post, I was pretty sure we would be getting some guinea pigs, I just didn’t know when.

My husband agreed to the guinea pigs on the understanding the kids paid for them. We’re pretty good like that – the kids know that they don’t just get random DVDs or books or guinea pigs. If they want something, they have to buy it for themselves. They’re also pretty good at saving their pocket money, so they had almost enough money between them to buy the guinea pigs, the hutch and everything else that was needed.

But then my eldest (who is the most tight of the three of them) wanted out. It wasn’t his idea and he wasn’t putting his hard saved money towards guinea pigs. So the younger two were stuck. It would be a long wait for the guinea pigs. My husband suggested my younger son get them for his birthday in October, but that meant they would be his and nobody else’s, which didn’t seem fair. My daughter said she would buy one of the guinea pigs so it would be hers.

But then she kept saying things like: ‘We only need £12 until we can get the guinea pigs’.

She really didn’t want to wait until her brother’s birthday.

Then my eldest changed his tune and said he would put some money towards them. Suddenly it looked like they might be able to get them.

But my younger son had also changed his tune. Now HE wanted to spend the money he’d saved on an Xbox game. He was happy to wait until his birthday for the guinea pigs. This caused some tension between the kids and an unusual alliance of my eldest and my daughter. I couldn’t force my younger son to spend his money, but I felt sad for the other two that they’d built their hopes up and now they couldn’t get the guinea pigs.

My younger son was so upset he spent most of an evening in tears. But when I scratched below the surface I found out the real reason. It wasn’t the money or the Xbox game. He was frightened of the guinea pigs dying. Theoretical pets he didn’t even have yet. It broke his heart when Colin the caterpillar died and he wasn’t ready to go through it again.

But my eldest and my daughter weren’t giving up that easily. Before we’d even been to the guinea pig talk, my eldest decided to go to the pet shop and buy a bowl and water bottle, taking his brother with him. Smart move.

Suddenly, without even consulting my husband, I was talking hutches, food and bedding. The kids were piling up big bags of hay and sawdust. It looked like we were buying guinea pigs.

We got home with two guinea pigs and cardboard carriers and a husband not too happy at the state of the house we’d abandoned, just to go and look at, or maybe reserve, guinea pigs. The hutch was flat pack, it was nearly 8pm and there were two guinea pigs in cardboard boxes that needed homes.

How had this happened? How had I let everything snowball out of control? Why hadn’t I thought it all through properly?

I was pretty sure I couldn’t put up a flat pack hutch (I’ve never put up a piece of furniture in my life), but I also knew it had to be up and the guinea pigs in their homes before Daddy got home from football. So my daughter rang my mum and dad and told them we’d got guinea pigs. And my dad put up the hutch. Result!

Although it seemed a crazy thing to do at the time, the guinea pigs are now settled and we are all very happy with them (including my husband!). The kids are feeding them and we are all getting them out of the cage to cuddle. There is a cleaning rota, with all of the kids’ names on it, so wish me luck with that! 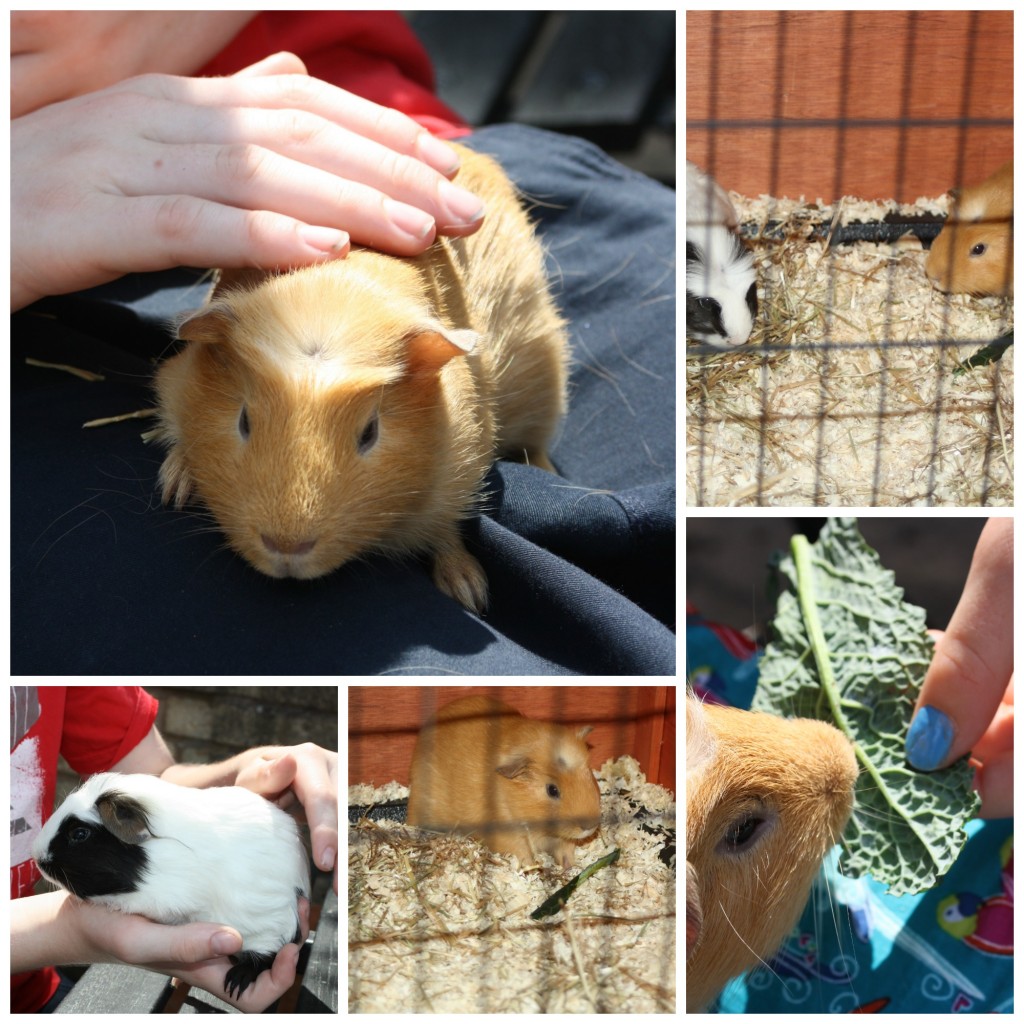