Knowing when to leave your kids home alone is a very gradual thing and there are no definite rules on it. You just have to know your own child and what they can cope with. I started leaving my eldest on his own briefly as soon as he started secondary school. Not long afterwards, I started leaving my younger son (who was 9) with him for short periods of time. Last year, we left my eldest on his own for a weekend and we would leave my younger son, who is 15, on his own all day.

But until recently, we haven’t left all three kids together. Because the kids fight. They’re like the fox, the chicken and the grain. It will usually start with my eldest having a go at my daughter. She will then shout at him. At some point, my younger son will step in and take one side or the other. If he takes his sister’s side, he is likely to get angry and throw a punch at his brother. Who will throw a punch back.

Two kids on their own are fine. Three kids aren’t.

We first left them alone for more than a few minutes when we went to a Christmas party in 2017. I got several texts from my daughter complaining about various things.

Over the last year or so, my husband and I have started running together on a Sunday morning and leaving the kids on their own. That’s easy because they’re usually asleep the whole time we’re gone.

Over half-term, I had to go into my client’s office to work. I do this once every two months and I don’t have any choice about when I go in. I go in when they need me to. As the kids are 17, 15 and nearly 13, I didn’t feel I could ask my mum to ‘look after’ them. I didn’t even tell her I wasn’t at home. I just left the kids home alone.

Usually I’m home from the client’s about at 3pm, but this time it was 5. They’d been on their own since 9.30. That is a long time for three kids who fight.

The good news is, they didn’t fight. All of their dishes were left on the side, rather than put in the dishwasher, but that was OK.

The only problem was that my younger son didn’t look after himself properly. He is the least competent of my kids and the one who relies most on me to provide him with food and drink. He’d had breakfast, because he always gets that for himself. But for lunch he’d had a single pitta with nothing on it. And he’d had no snacks. That is not a lot for a growing 15 year old boy to eat.

Later in the day he said: ‘I think I’m a bit dehydrated’. He will sometimes get drinks for himself, but he will also often forget. He’d had just one glass of water the whole time I was out.

I’m glad they survived a day without fighting, but I know it will be a long time before we leave my younger son on his own for the weekend.

What age did you start leaving your kids home alone? Can they be trusted not to fight? 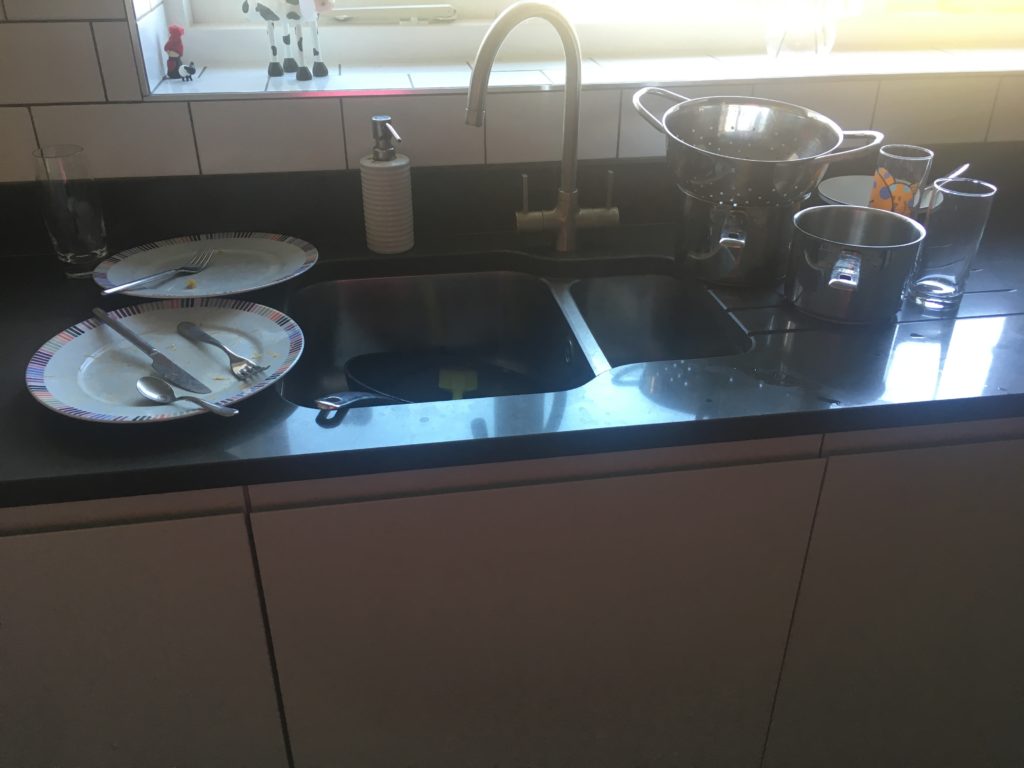