I wrote very recently about wondering when is the right time to give my 16 year old son more freedom. He’s coming to the end of Year 12 now and could potentially be leaving home in just over a year and I want him to be prepared for the big, bad work and able to stand on his own two feet. But at the same time, my instinct is to protect him and keep him safe.

As it happens, our hands were forced a bit on giving him more freedom. In fact, they were forced even before that post went live (although sometime after I initially wrote it).

Parents of teenagers will know that you need to tell them something approximately 300 times before it registers with them. Unless of course you are offering to give them money, consumer goods or food. They hear first time then.

So I’d told my son we were going away for the weekend at the start of May. I was going to BlogOn conference and, as my inlaws live not too far away, my husband suggested we all go up there for the weekend. This had been the plan for a LONG time. The kids had all been informed. It was on the calendar.

When I reminded my son of this a few days beforehand, he said he couldn’t go. Because he had to work Saturday night. (He’s had a part-time job working two or three evenings a week for a few months now.) Could he swap a shift? Apparently not. Because one of the other boys had already booked the day off and anyway he’d already swapped a shift in the last month. Clearly, I don’t know if this was true or not, maybe he just didn’t fancy going away, but I had to take his word for it.

Which meant we had to leave him at home. Alone.

He did offer to go and stay with my parents, but I wasn’t sure whether they would really want his noise, mess and nocturnal habits. And we weren’t going to be away all that long. And he was going to be out a lot of the time we were away anyway.

So I reluctantly agreed to leave him. With instructions to always lock up and carry a key, to remember to feed the guinea pigs, to leave the house reasonably clean and tidy and to STAY SAFE.

My parents would keep a bit of an eye on him, but he had to get himself to and from work.

I texted him to check he’d got home from work OK. He didn’t reply.

My boys are both big Snapchat users, like most teenagers. I don’t really agree with Snapmaps, but they have it switched on for people they know well. It proved to be quite useful as my younger son could check that his brother had made it to work – and made it home again.

‘Snapmaps tells me he’s back home. Unfortunately it can’t tell me whether the house has burnt down or not.’

I asked him to text when he woke up so I knew he was safe. He didn’t reply.

Through the magic of Snapmaps, my son ascertained that he had made it his friend’s house as planned. We didn’t hear from him until we were nearly home, when he finally answered the phone to confirm that, yes, he would like a lift home.

When we got home, the door was locked and the house was reasonably tidy. But, counting the individual spotlights, there were 20 lights on in an empty house broad daylight, including two outdoor lights we never use.

But we’d all survived it. My son had managed a night in the house on his own without putting himself, the house or anyone else in any danger. That’s another step on the road to independence. 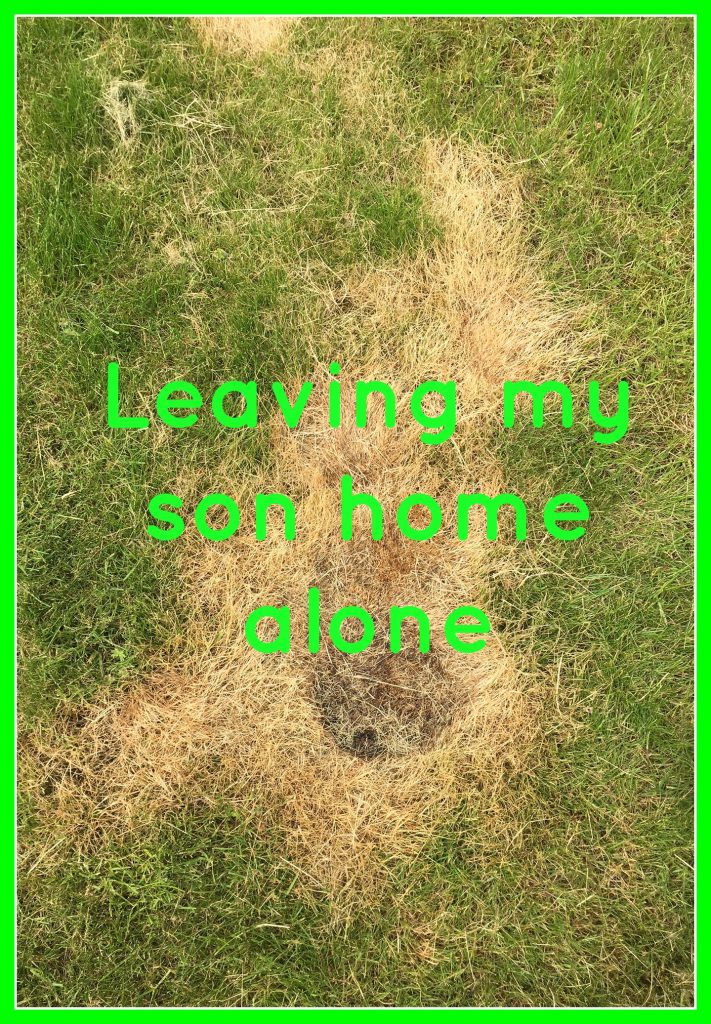