My eldest went to Explorers in jeans and a T-shirt. This is against the rules. When you go to Explorers, you have to wear your Explorers shirt. I received two emails in the days following him wearing the wrong clothes asking that he wear his shirt next time. But of course he couldn’t find his shirt. Even when he sifted through the great piles of junk at the bottom of his wardrobe. He concluded that he had probably left it at Explorers back in July. So he wore his brother’s shirt to Explorers and, sure enough, his own was still exactly where he’d left it two months previously. Remarkably, he did actually manage to bring his brother’s shirt home with him.

The school bus and the coffee cup

My eldest gets out of bed with approximately 20 minutes until the school bus. In that time, he gets dressed, makes and eats breakfast, brushes his teeth, packs his bag and walks to the bus stop. No matter how late he is, he always makes coffee and drinks it before school. By the fourth day of the school year, he was already running so late that he drank his coffee as he was leaving the house and abandoned the cup on the garden wall. 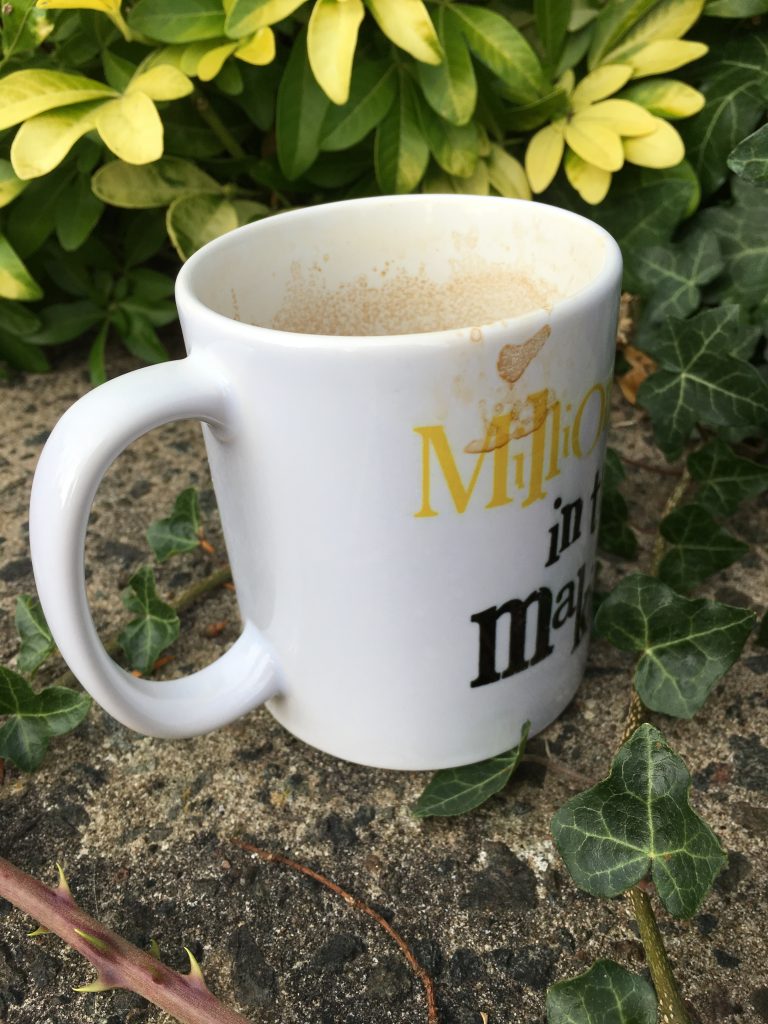 Over the course of a few weeks, my son turned up early for shifts at the chip shop, turned up for shifts he wasn’t doing and turned up late for shifts – all because he believed he knew which time and day he was supposed to be working without checking. But clearly didn’t. On the plus side, he never actually missed a shift.

On a Thursday morning, my son couldn’t find his PE bag. It was only then that he realised he had completely forgotten to bring it home from school the previous day. Despite searching all of the places he might have left it at school, as well as lost property, the PE bag was never seen again. As well as the bag itself, he had lost trainers, two rugby scrum hats, a pair of shorts and a school PE top.

Please tell me it’s not just us! Are anyone else’s teenagers as disorganised as this?