It’s five years since Gromit Unleashed landed on the streets of Bristol. The kids and I absolutely loved Gromit hunting. Two years later came Shaun in the City. So I was very excited to hear that Gromit Unleashed 2 had arrived in Bristol and was looking forward to going with the kids in the school holidays. (And keeping my fingers crossed that my 17 year old son would still want to go with us, because this is like a family tradition for us!)

Although my husband and I celebrated our wedding anniversary on 4th July, our actual anniversary wasn’t until 8th July. I was happy not to do anything special. I had a day of housework and chores planned. But my husband and the kids had other ideas. My husband asked the kids what they thought I would like to do. And there was only one answer – Gromit hunting! 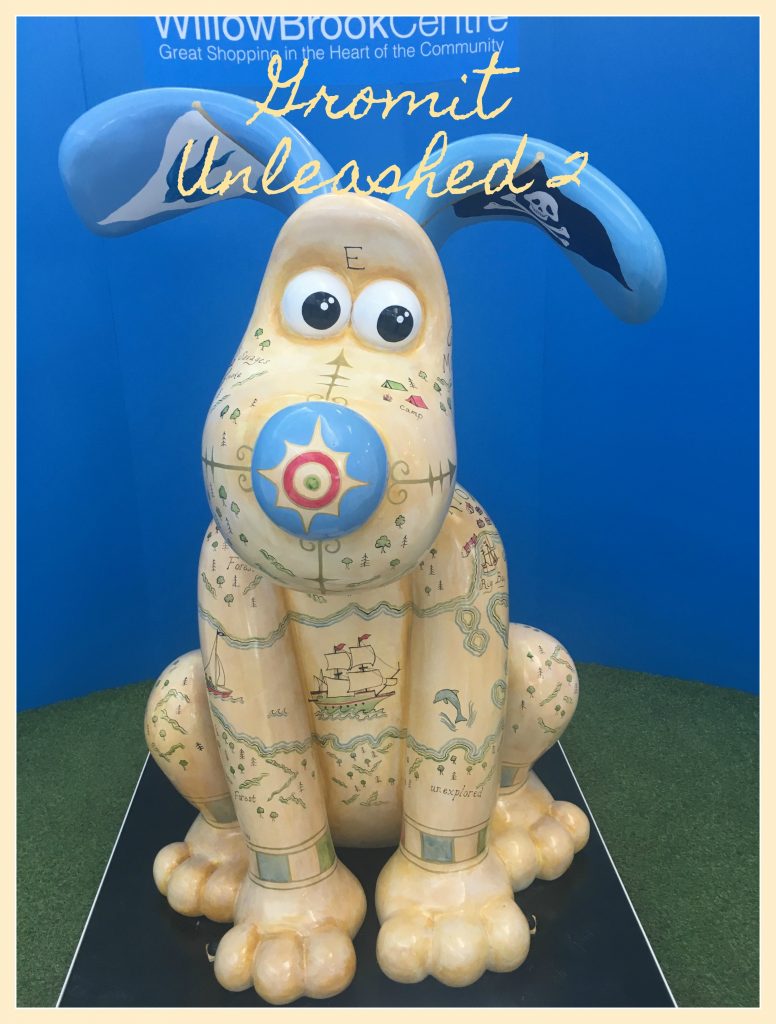 Gromit Unleashed 2 isn’t just about Gromit. There’s also Wallace and Feathers to find. I downloaded my app for £1.99 (all proceeds go to Bristol Children’s Hospital) and we were ready to track down Gromit and his friends.

We drove to Cribbs Causeway shopping centre, which is somewhere it isn’t possible to get to by train and walking (our usual mode of transport). The first sculpture we came across was In-Cog-Nito – a Feathers with particularly evil-looking light-up eyes. 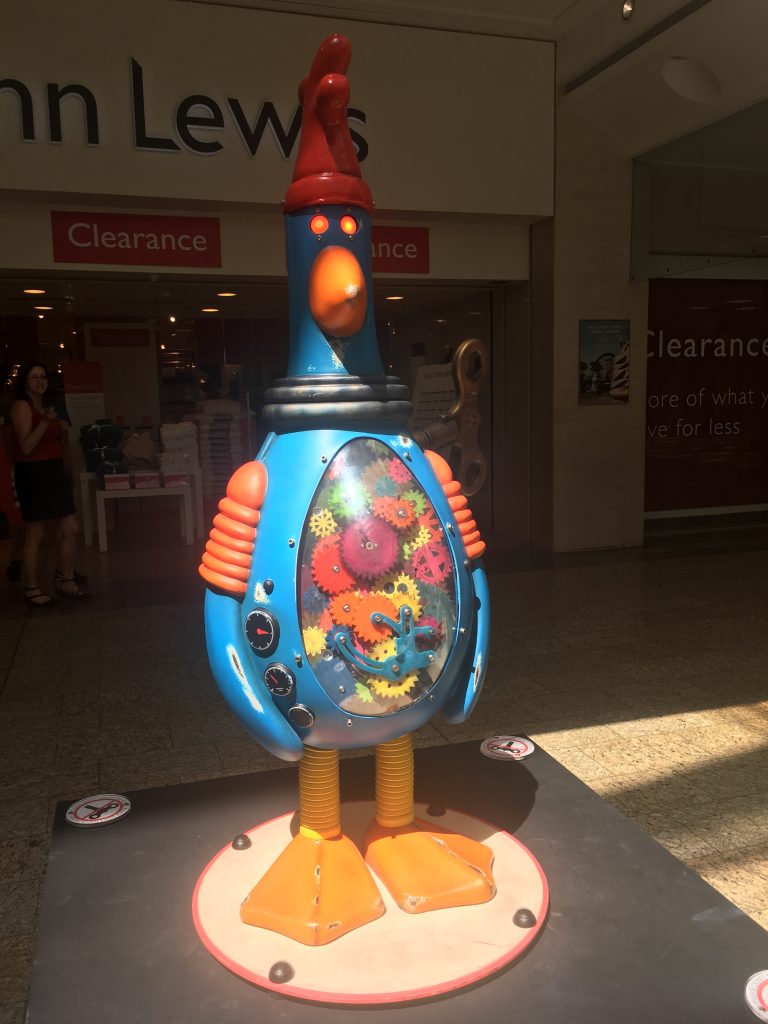 Inside the Gromit shop was Gromit P. Sullivan (Sulley), based on the Monsters Inc character and complete with its own door. There was also a wonderful, colourful display of Feathers sculptures designed by local schoolchildren, which is well worth a look. 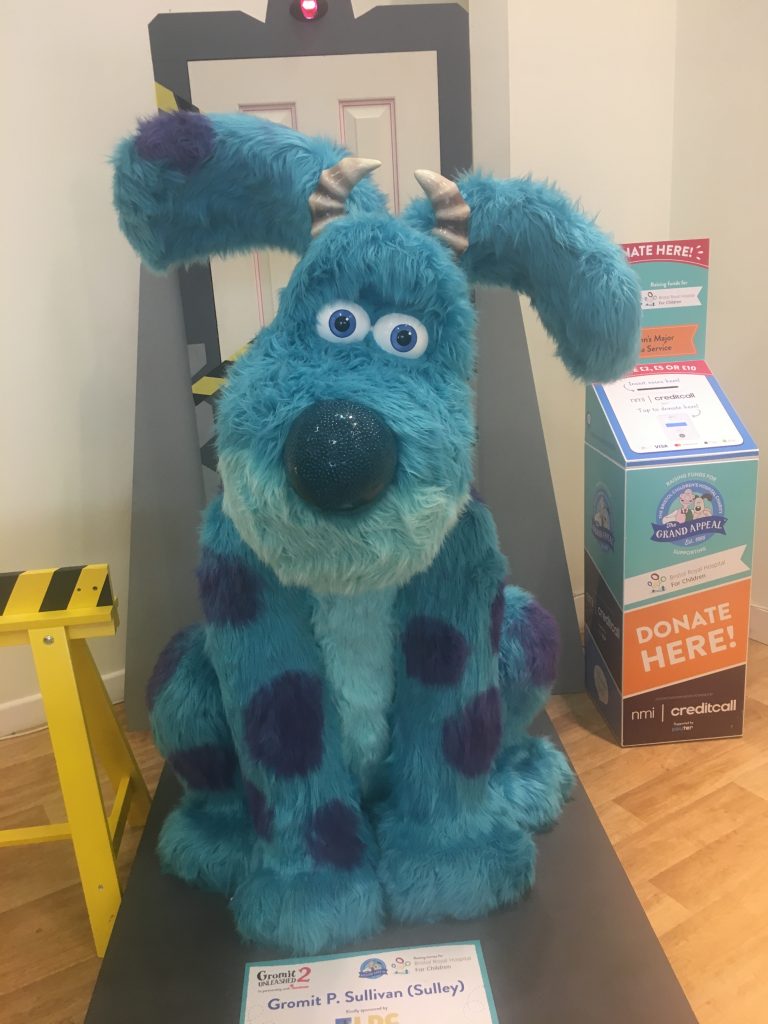 And did I mention that we collect the little Gromit and Shaun figurines? We’re not an ornament kind of family, but we have several Gromits and Shauns dotted around the house. My mum had literally just given us some money as an anniversary present. Normally we would have kept that money for weeks, not knowing what to do with it. If it was given to me, I’d buy a T-shirt, hoodie or books, but when it’s between us, it’s hard to know what to buy. But when you’re in the Gromit shop, it’s obvious! We bought a Bunty figurine to keep Blossom company in our new bathroom. 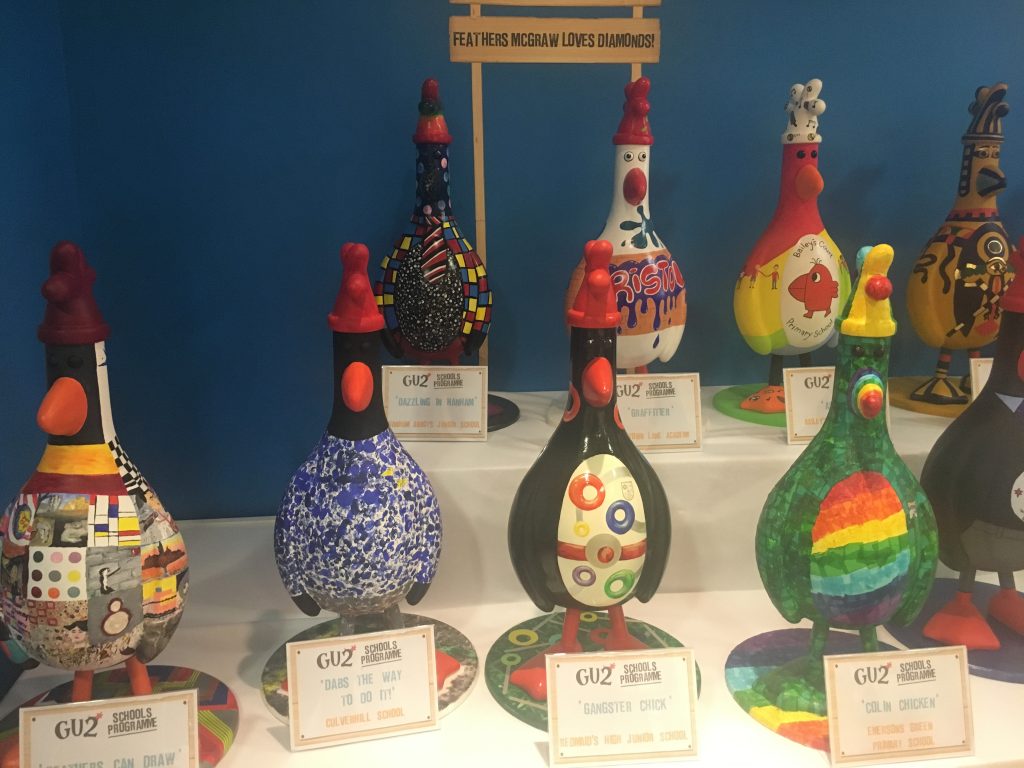 It turns out that Gromit hunting in a shopping centre with older kids is a bit more challenging than it used to be. My eldest and daughter wanted to look round the shops, my younger son was itching to get out into the city centre where there are loads of Gromits and my husband was determined to avoid the sun and the heat. By the time everyone had eaten, drunk, been to the toilet and been to the shops, time was ticking on.

We encountered Spock (Wallace) outside the centre and the sunlight was so bright it cast loads of reflections and my photo came out blurry.

About a mile from Cribbs Causeway is Aerospace Bristol museum – and probably the best Gromit we will see all year. Gromjet was designed by Rolls Royce and kids can queue up to control him. Adults and older kids can join a shorter queue just to photograph him. As we were taking pictures of this already very impressive-looking Gromit, the engines on his body started to move and light up, then he took off! I’m so glad we went to see him. 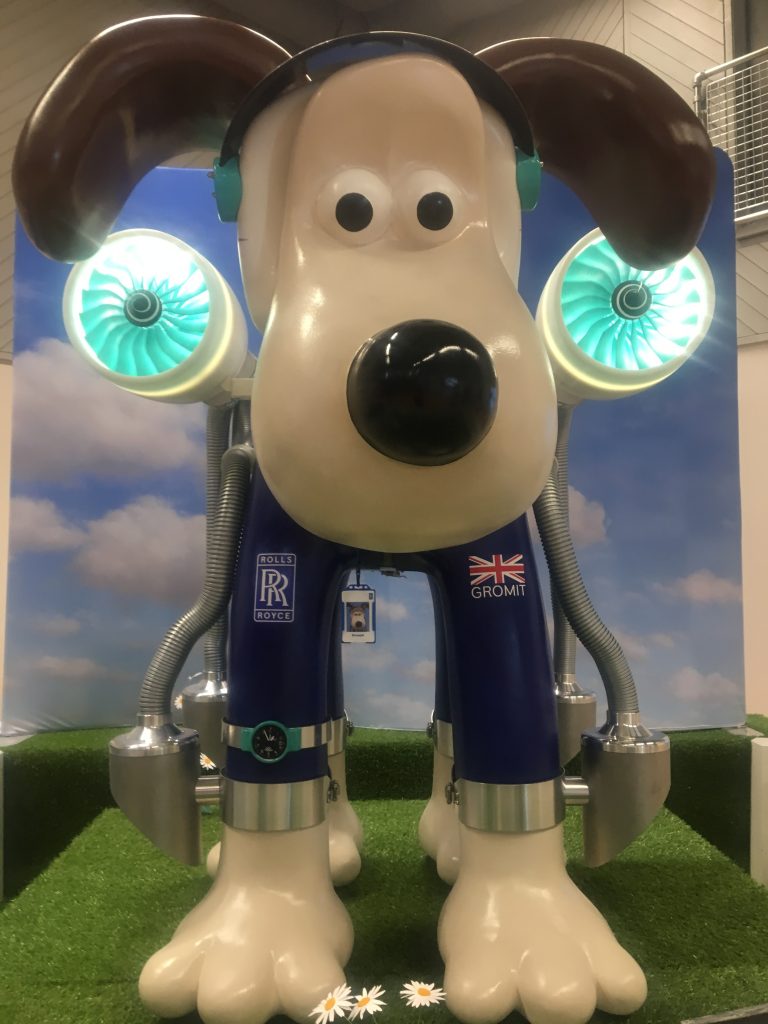 Ignoring my son’s pleas to head for the city centre, we stuck with tracking down Gromits we couldn’t manage to see by train – Cupid and Swallows & Amazons in Bradley Stoke and Honeysuckle Rose in Thornbury.

We then admitted defeat and went home. It was possibly too hot for Gromit hunting! We will be back very soon for the quick wins in the city centre.

Gromit Unleashed 2 is a fantastic idea. Not only does it raise a lot of money for Bristol Children’s Hospital, it gets families active, looking for the sculptures, and it also brings business to different areas of the city. It really is a win-win. If you’re looking for something to do as a family over the summer holidays, I would really recommend Gromit Unleashed 2. All of the sculptures are free to enter and fully accessible for wheelchairs and pushchairs. 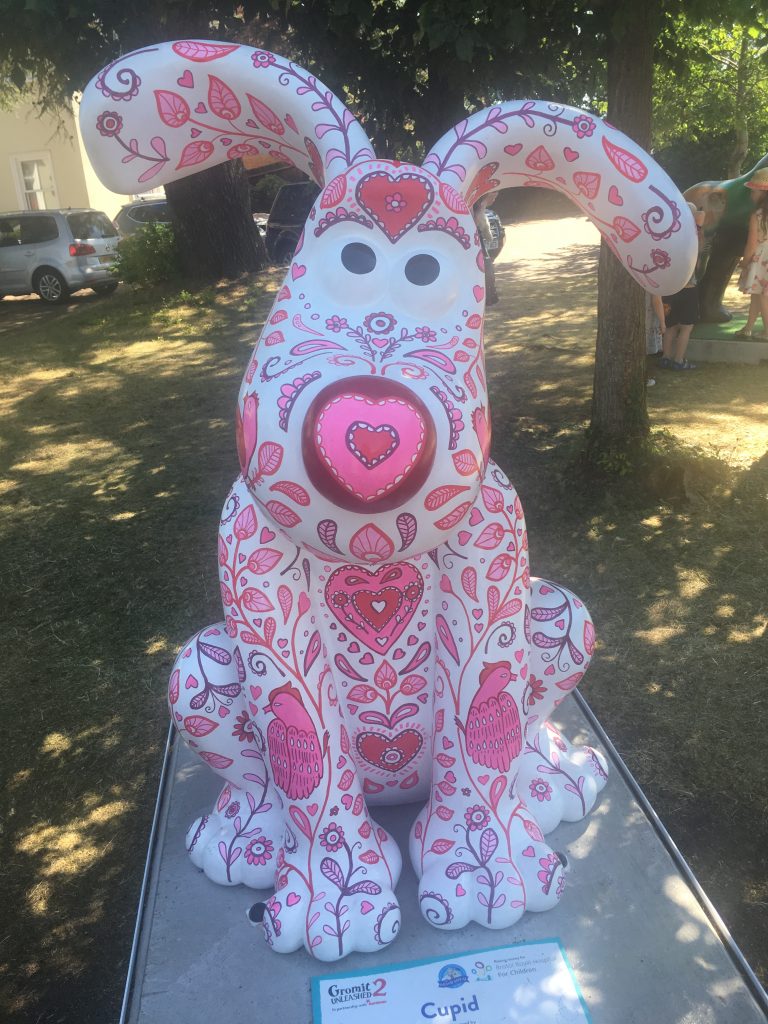