Shaun in the City in Bristol

Home » Family » Shaun in the City in Bristol

When I told the kids we were going to hunt down Shaun the Sheep at Shaun in the City, my eldest and my daughter were pleased. My younger son wasn’t bothered.

I don’t take all of the kids out much on my own. Silly I know, but if I’m not busy working, one of them is usually off doing something else and I’m a dreadful driver. But a couple of years ago we loved searching for the different Gromits around Bristol, so I for one was very pleased when I saw that 70 Shauns were heading for the city this summer. 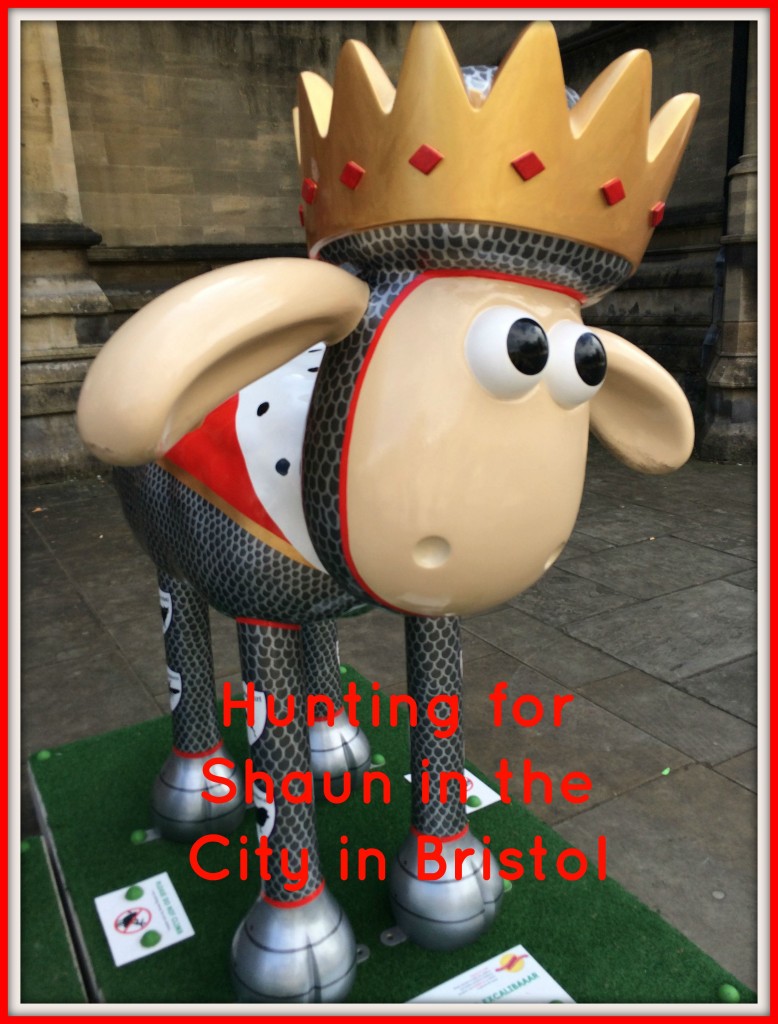 Shaun in the City is to raise money for the Wallace & Gromit Appeal at Bristol Children’s Hospital. A big  part of raising money is downloading the app, which will help you locate all of the Shauns. The app costs £1.49 (you can also download a map and I saw lots of people with properly printed maps they must have picked up somewhere in Bristol). I downloaded the app onto my younger son’s phone (after some tense moments in which I forgot the Apple password – yet another of my ‘rubbish’ attributes) as a) I don’t have capacity on mine and b) he’s the only one of us who isn’t a total idiot and likely to get us lost.

We took the train to Bristol and we got hunting! I’d hoped we’d find about 20 Shauns. We don’t plan to find all 70 as we don’t have the time and we would certainly have to drive to find some of them.

The Shauns are arranged in little areas with short routes, so you can pick up a few in fairly quick succession. There were two as soon as we walked out of Temple Meads station, but it would have been very easy to miss one of them, even with the app (to be honest we did miss it briefly!).

So first up were Alright me Babber? and Bristol Express, then there was Great West Shaun and Bingo. Then we wandered down the river and met Rosie, who was painted like a canal boat, and Sheepish in the shadow of a ruined church. Then we moved away from the station and found Willow, painted like willow pattern, in front of a large church. 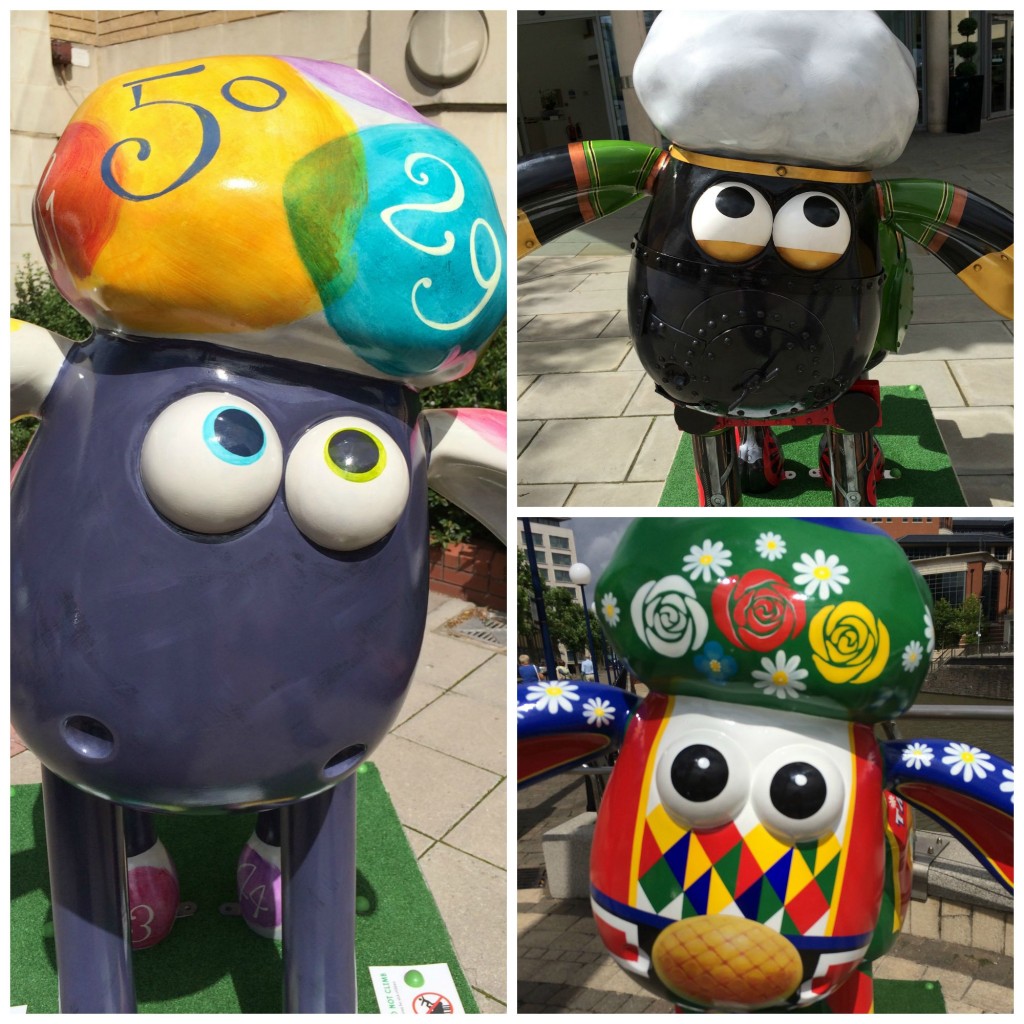 There were a lot of families going round (mainly with younger children, but that didn’t bother my kids) clutching their maps and posing for photos by the Shauns. I’d had a discussion with my kids beforehand about waiting patiently for our turn and, when our turn comes, not to argue between themselves over who would take a photo first/ who had just ruined each other’s photos. Times have moved on since Gromit and now all the kids have phones (even my daughter, although hers has no sim and exists purely for taking photos and telling the time!) and wanted selfies with every Shaun. So at each Shaun, my eldest and my daughter took selfies, while my son input the code into the app to say we’d found it, then he took a selfie. Finally, I took a photo of the three of them. If we didn’t have clamouring crowds behind us, I tried to get a ‘clean’ pic for social media without the kids in. Some of my photos with the kids are decidedly poor – it’s hard to get the framing right when you’re under pressure from other people to move on, plus you don’t want to get some stranger’s kid in the photo if you can help it.

From Willow, with tummies already rumbling and my daughter already moaning that she needed the toilet, my intrepid navigator found a ‘short cut’.

I wasn’t so sure. Suddenly we were surrounded by council flats. Now I have nothing against council flats, but I felt that the Shauns would be in the city centre and tourist areas, not residential areas.

‘It’s just over this bridge.’

‘I really, really need the toilet.’

There were no Shauns. We walked over the bridge and back down.

There was an Asda. With a toilet. And, strangely, a McDonalds. I’d imagined us having lunch in a nice coffee shop, but we were a long way from nice coffee shops and we were hot, tired, hungry and thirsty. So we had lunch in McDonalds.

And my son realised where he’d gone wrong. The app had thought he was on a parallel road to the one we were actually on (they were a stone’s throw apart), but there was a small matter of a river in between. We weren’t supposed to cross the river.

At the harbourside, we found Shaun Bean – silver and polished to mirror-like perfection.

‘There’s one just up here.’

I really wasn’t sure – it looked like we were going off the beaten track again. But my son was right and I should have had more faith. In his own clearing, surrounded by hay bales, was Bahhber. Then we came across one of the most incredible Shauns of all – the fantastic Pirate Captain – a kind of Captain Jack Sparrow in sheep form, complete with a row of pistols across his back and a seagull in his hat. He was VERY popular. My paltry photo does him no justice all – with no sign of his pistols. Next up was Air Fleece – a Red Arrows-inspired Shaun, who was my daughter’s favourite. Round the corner a bit was Dolly – one of my favourites – a mosaic Shaun who appeared to have Smarties for wool. Our last Shaun in the vicinity of the harbour was Life Aquatic, appropriately positioned outside the aquarium. 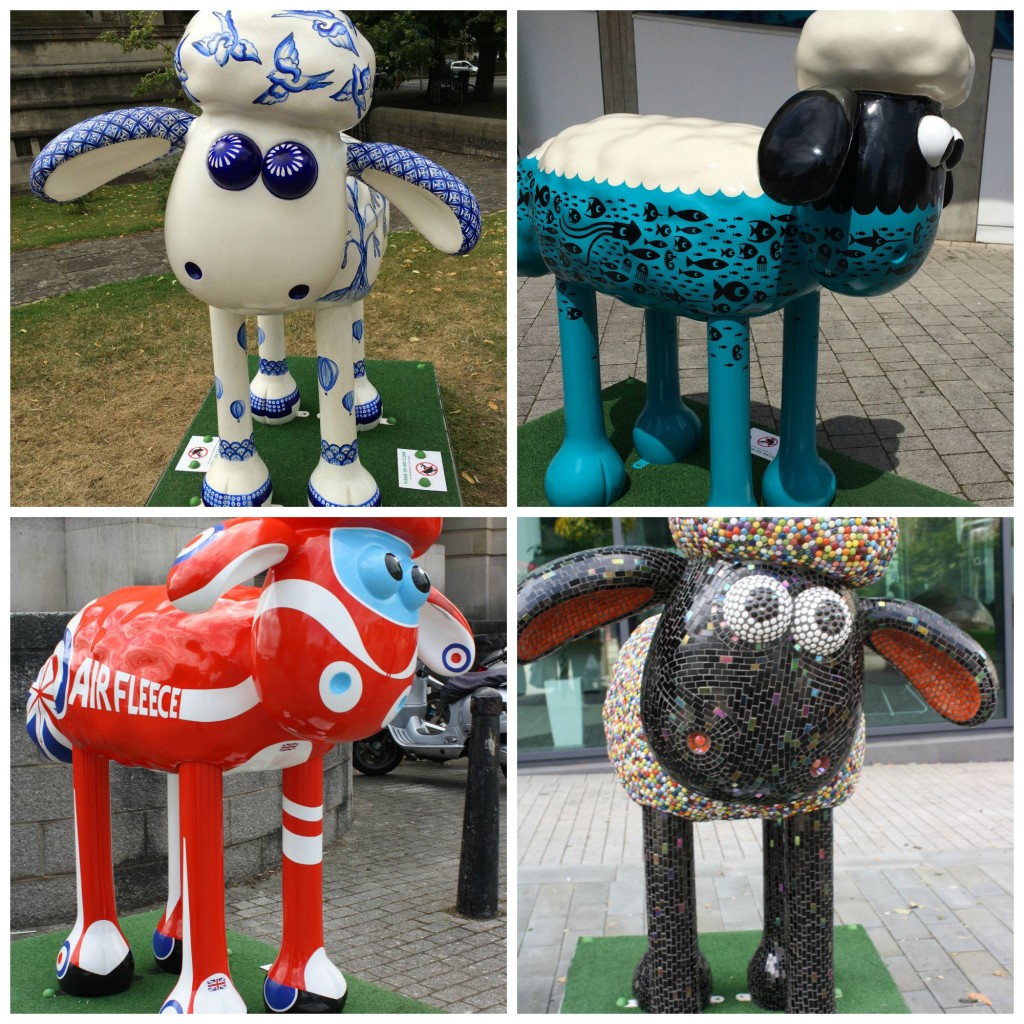 At this point, we were torn whether to carry on. It was very hot and we’d already walked a long way, but my younger son, the boy who hadn’t even wanted to go, was on a roll. Gone was the sadness of a few days before, his childish enthusiasm for life was back and he was going to find more Shauns!

We found the fabulous King Arthur of Lambelot and Excalibaa, followed by Beach Boy. We struggled to find Green Poems for a Blue Planet, because the app told us we’d found it when were at the back of the building. Needless to say, it was at the front. Baawolf was outside the Hippodrome theatre and Honey, another of my favourites, was in yet another church yard. Woolly Jumper was indoors in the market – and covered in real wool that had taken 500 hours to complete! Our last Shaun, as we headed back to the railway station, was Knitwit, all wrapped up for winter in jumper, hat and scarf.

Remarkably, after our diversion to Asda, we’d actually found 20 Shauns. Next time, we’ll aim for a different area of the city.

Shaun in the City is a great way to spend a couple of hours or a couple of days, however old or young you are! 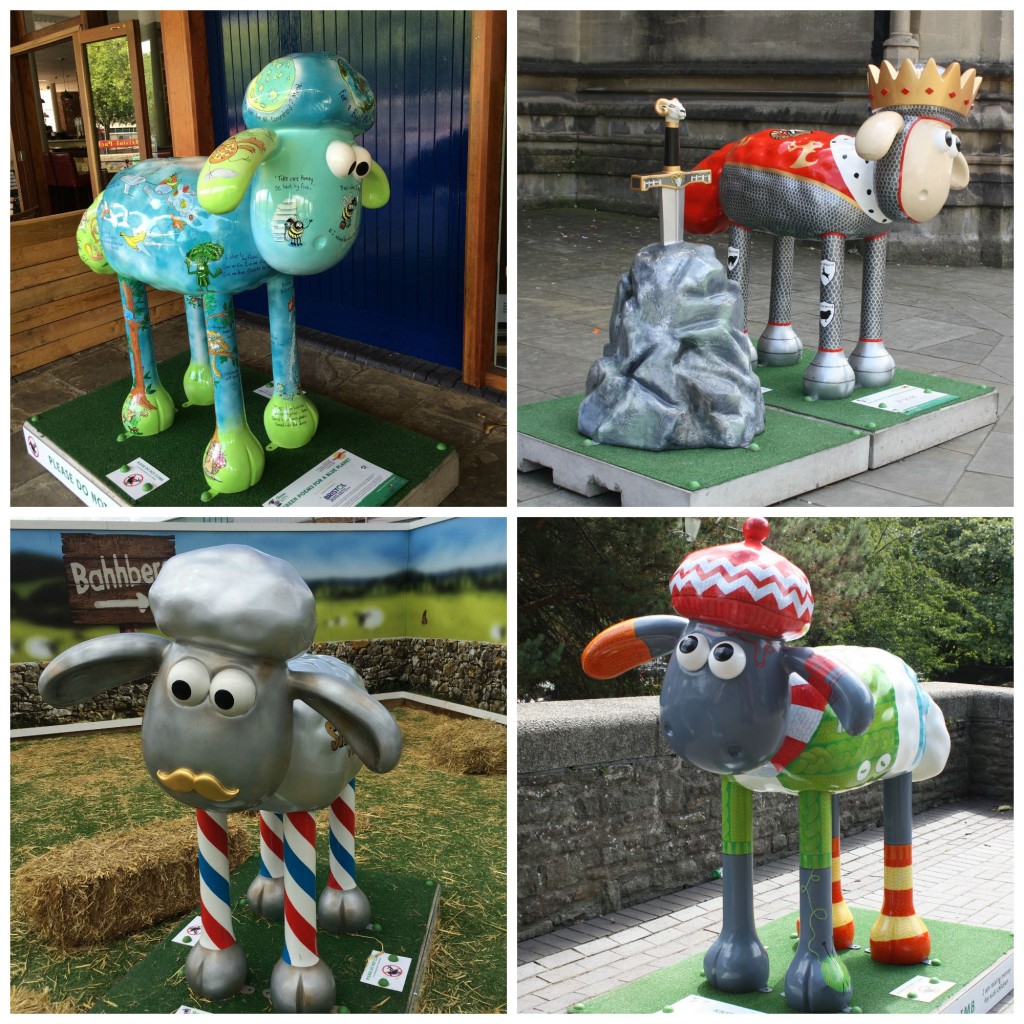 Green Poems for a Blue Planet, King Arthur of Lambelot, Bahhber and Knitwit