My husband and I recently celebrated our 18th wedding anniversary. For at least half of those, we’ve had our own special tradition – a trip to London to see a show.

It started way back when my daughter was 2. We were watching one of those TV talent shows – this one was to find someone to play Nancy in the new West End production of Oliver. So we decided to book tickets for our wedding anniversary the following year. Then, just before our wedding anniversary that year, my husband decided to book tickets for Joseph – the subject of the previous TV talent show.

So our wedding anniversary tradition was born.

And we’ve never got bored of it. I think there was one year when maybe we thought we should do something else or maybe we felt we couldn’t afford it, so we didn’t do it. And we instantly regretted it. Of course we did nothing else to celebrate at all that year.

My husband and I do very little for ourselves and spend very little time together, just the two of us. Our annual wedding anniversary trip is really the only time. 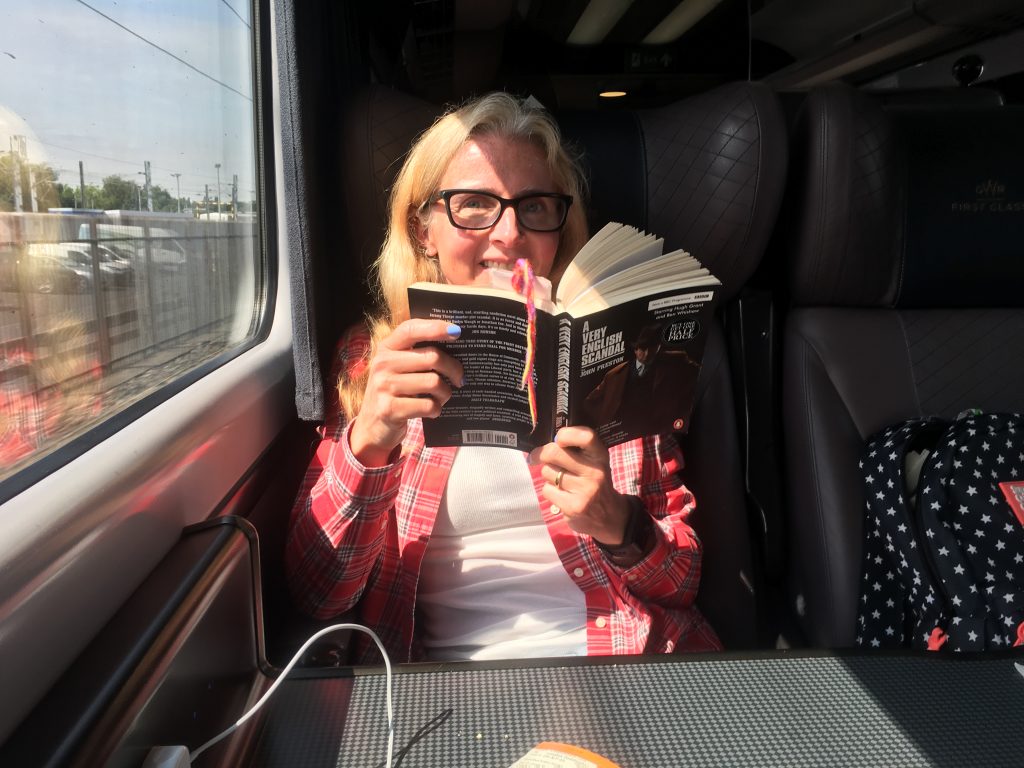 The day is pretty simple. We get the train to London, have some lunch, watch the show, have some dinner, then catch the train home. We don’t stay over in a hotel – we’re far too busy for that, plus it would be imposing on my parents. We’re happy with our little day.

My husband goes to London pretty much every week for work, so he knows where everything is. I’m pretty clueless, despite having lived there for two years in the dim and distant past. He gets to eat at places in London all the time, but for me it’s a huge novelty.

Lunch is always Leon. It’s the tastiest, healthiest fast food there is. There’s something about Leon which makes me feel on top of the world (as an IBS sufferer, food which makes me feel like this is pretty much non-existent and, yes, I did spend many years eating ‘clean’). Dinner is usually Wagamama, because I love it. Last year a Wagamama opened up close to home, but we’ve only been twice in all that time. We very rarely eat out. So Wagamama in London is a massive treat. 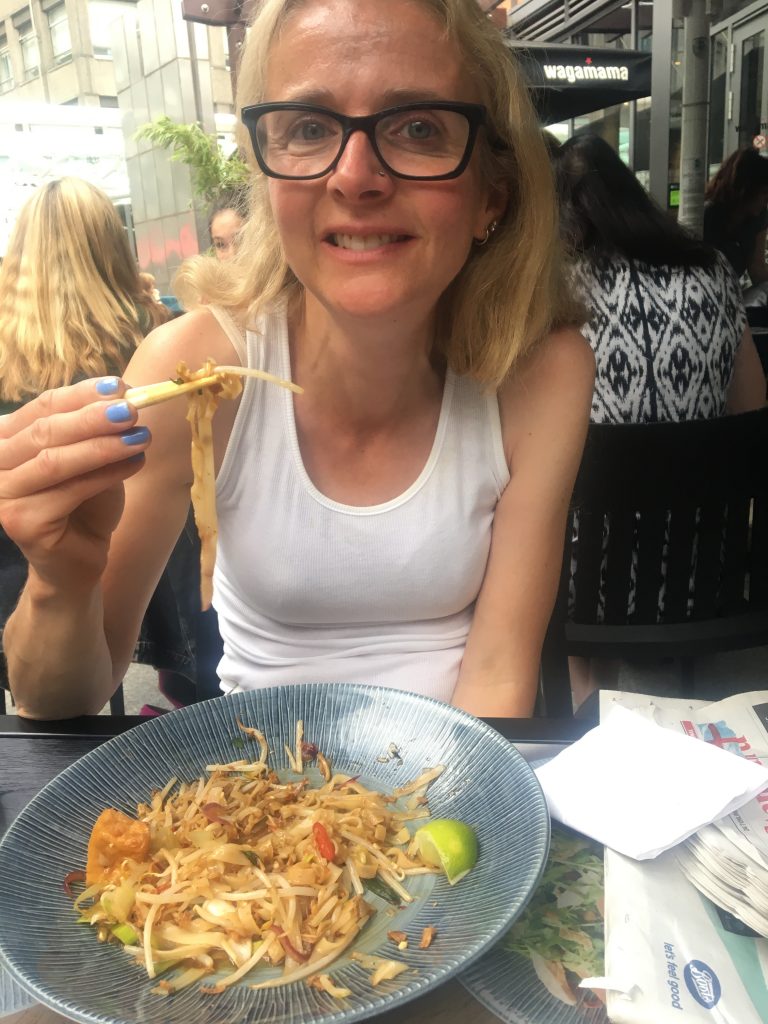 This year’s show was Kinky Boots, which we absolutely loved. I sit through pretty much every show thinking how much my daughter would love it and this was no exception. She tries to make us feel guilty about going without her, but I don’t feel guilty. Even parents need treats sometimes. 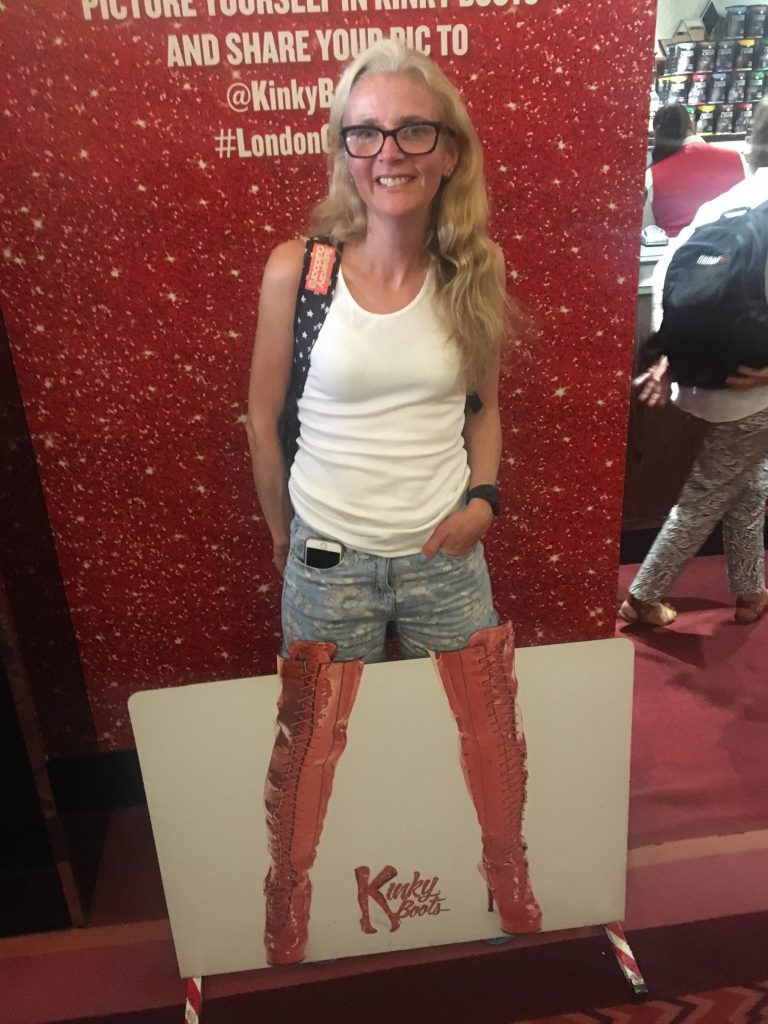 This year we hired Boris bikes (as nobody calls them any more) for the first time and I loved it. I’ve always wanted to hire one, but the process always looked a bit complicated, but it’s very simple now. We rode from Paddington through Hyde Park and Green Park and down The Mall (which was closed for the Changing of the Guard) to the theatre. We discovered the only difficulty with the bikes was finding somewhere to dock them, as sometimes all the stands were full. We picked up the bikes after the show to go to our favourite Wagamama in Victoria, then again after dinner to cycle back to Paddington. It was great not going on the tube at all. I think the bikes will be a new part of our anniversary tradition.

We love our wedding anniversary tradition. It might be pretty modest by some people’s standards, but it’s our own little day just for us. I hope there will be many more to come!