I bought Fleshmarket Close by Ian Rankin in a second hand book sale for £1 over a year ago. Having read the first five books in Rankin’s Rebus series in 2016, I’d planned to read the entire series. But I wasn’t so keen on the sixth book, Mortal Causes. So Fleshmarket Close just sat there until one day it was the very last book on my pile. And I realised I could wait forever to read the rest of the series, or I could just get on and read it.

So I did. And I wasn’t disappointed.

Fleshmarket Close is the 15th novel in the Rebus series and was published in 2004, so the characters actually use mobile phones to communicate, but not smartphones (it’s amazing how quickly detective novels date).

An illegal immigrant is found murdered, skeletons are found in the basement of a pub and the sister of a rape victim is missing. DI John Rebus and DS Siobhan Clarke set out to investigate these seemingly unconnected crimes. But are they really unconnected or does something link them all?

Set in Edinburgh’s underworld, Rebus travels from pub to pub making his enquiries and drinking too much along the way. His methods may not always be by the book and his superiors are ready for him to retire, but Rebus isn’t about to give up just yet.

Much of the action centres on a detention centre for asylum seekers, as well as one of Edinburgh’s roughest estates, where immigrants live in fear. The theme feels surprisingly current. I thought refugees and asylum seekers were a more modern phenomenon, but clearly not.

Fleshmarket Close gives Siobhan Clarke equal billing with Rebus, as they carry out their investigations both together and separately. With a big cast of sleazy characters, this is a complex, but entertaining story. For me, it could be my favourite Rebus novel to date. I will certainly be reading more after this one. 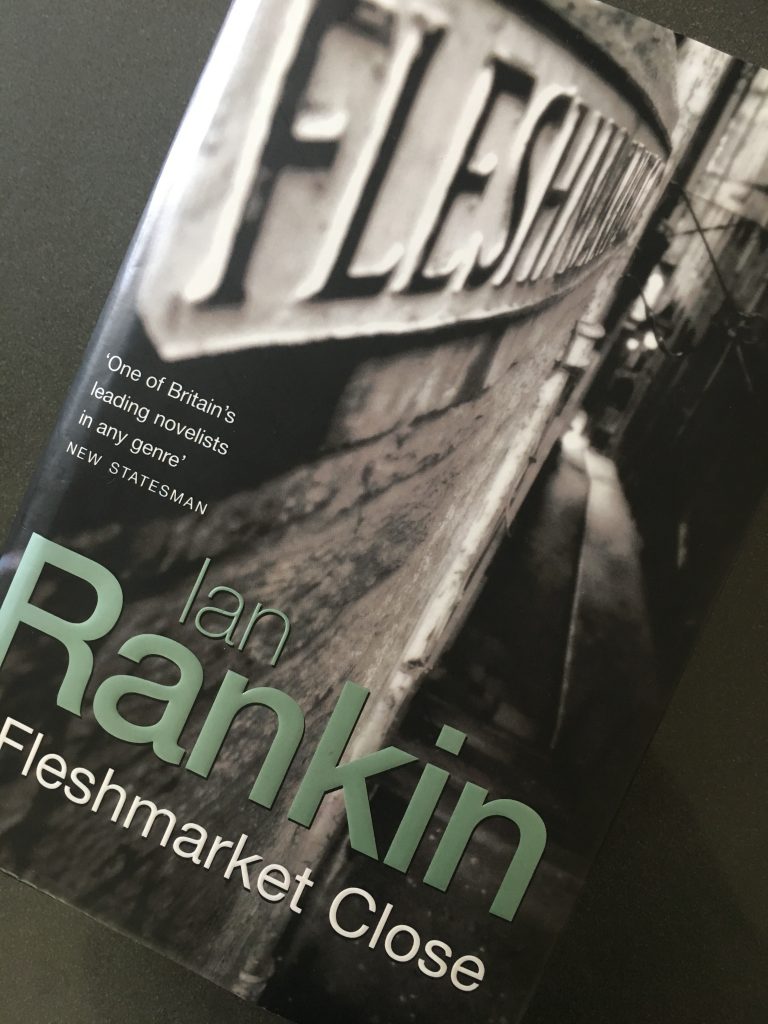