My dad had never run before. He’s fit and healthy, but he didn’t specifically do any exercise. He’s slim with a good, balanced diet and still volunteers at a charity one day a week. He was 71 when he did his first parkrun, back in August 2016.

At first, he walked with my mum. At that time, nobody else walked parkrun and my parents felt a bit awkward. (Now walking at parkrun is something which is positively encouraged, and a lot of people walk it.) As the days got colder and damper, my mum stopped doing parkrun and she never went back. My dad did just five parkruns in 2016.

And he started to jog a bit too, getting a flurry of PBs in the spring of 2017.

He kept wearing clothes that were too warm well into summer, so we bought him some shorts for Father’s Day. Then he wore his shorts too far into the winter and we got him a warmer running top for Christmas.

There was no stopping my dad. He didn’t mind about the cold or the rain, he was truly a regular parkrunner.

Throughout 2018, he has kept on running. He still walks a bit and jogs a bit, but he certainly doesn’t finish last. There are usually at least 30 people finishing after him.

And on 16th June, my dad ran his 50th parkrun, following in the footsteps of myself, my husband and my daughter. He beat both of my boys, my sister and my brother-in-law to the milestone. Not bad for an old bloke!

I’m so proud of my dad. Without parkrun, he would never have dreamed of running at his age. But at 73, he has run 50 parkruns. 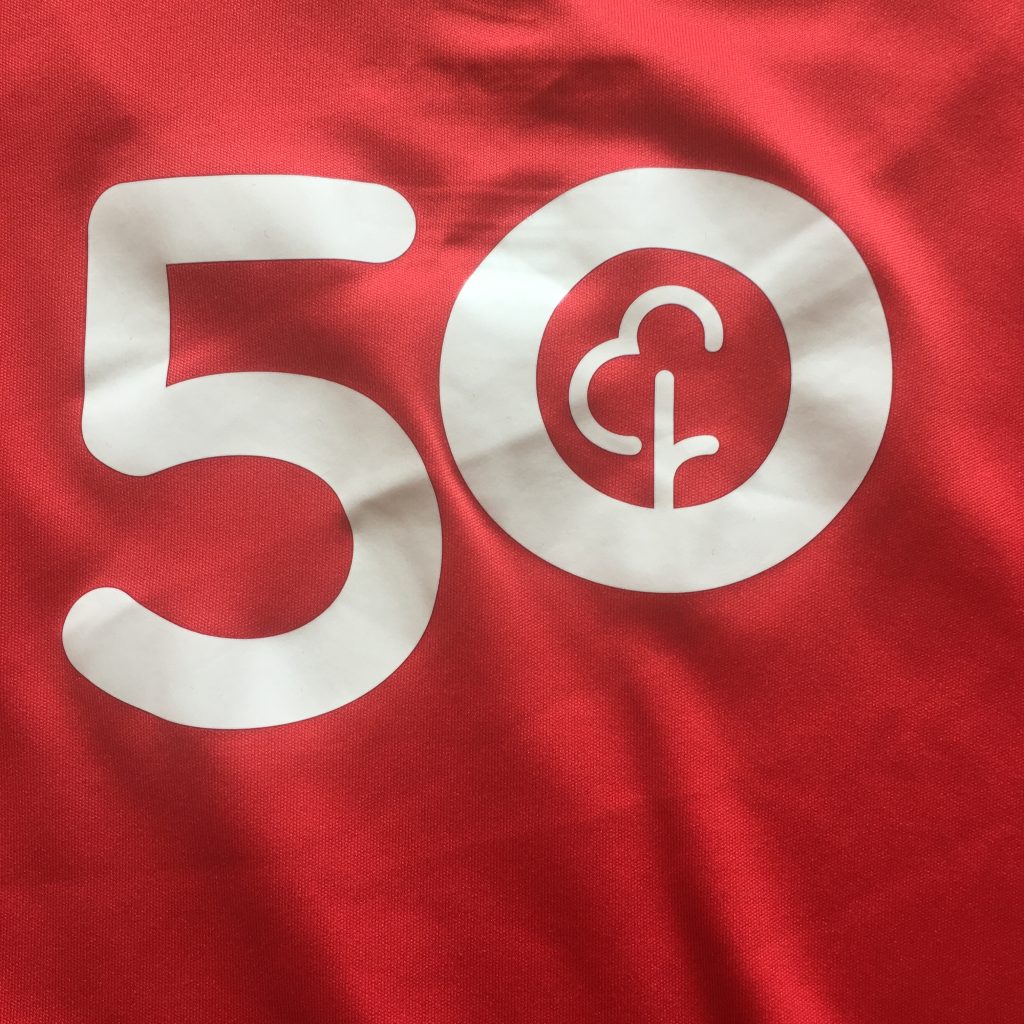