The athlete goes from strength to strength

Home » Family » The athlete goes from strength to strength

A few weeks ago, I told you about my son, the athlete. He really seems to have found himself with athletics this summer and, since that post, has gone from strength to strength.

I was reminded of his first parents’ evening, way back in year 7, when his PE teacher described him as ‘one of the best sportsmen in the cohort’. At that stage, he was just quite a good rugby player who could run fast. But his teacher could obviously see potential in him and he has really gone on to prove himself over the years – in rugby, football and athletics. At that time, his teacher said he thought he would be good at the 300 metres.

And he was right.

At a recent competition against 10 other schools (with two kids from each school in each event), my son got a new 300 metres PB of 43.4 seconds, coming sixth overall and, importantly for him, becoming fastest at 300 metres in his year at school.

In the same competition, he ran in the school’s 100 metres relay team and they came second overall, and he came third in the long jump, equalling his PB of 5 metres 40. 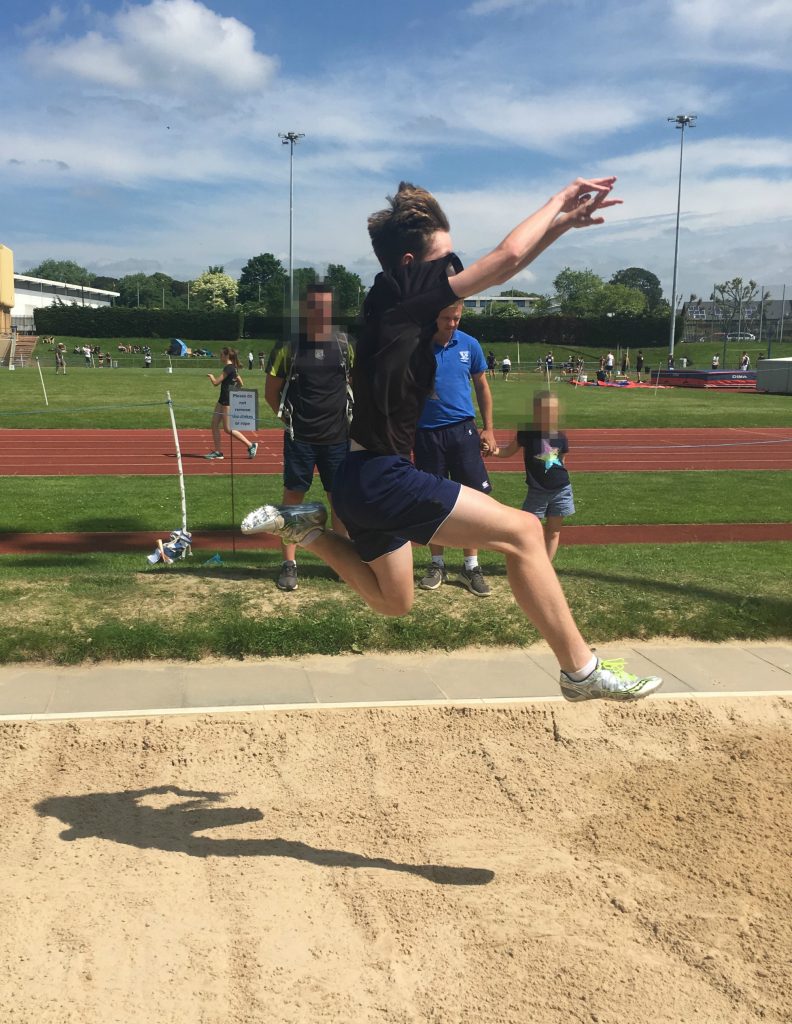 The regional competition went brilliantly, with him smashing his PB with a jump of 5 metres 58. It wasn’t enough to qualify for nationals, but he wasn’t expecting that. He had two aims – to beat his PB and to not come last. He came fifth out of 10. Fifth in the whole South West region is a pretty big achievement.

Alongside all of this, he has been improving his jumping at his athletics club. I had a competition for the club pencilled in to my calendar, but hadn’t had any details of it. So I emailed his team manager, who he has never met because he just works with the jumps coach. As soon as I told her his PB, she sat up and took notice. And wanted him to take part in a different competition against other clubs. The day after the regional competition.

The club didn’t go as well as we’d hoped – he was probably tired from jumping the previous day and all of the travelling for the Ed Sheeran concert. He had a no-jump and his best was only 5 metres 19, putting him in fourth out of 12 boys. Generally the competition was of a much lower standard, with many of the boys not even managing 5 metres. He was pleased to beat the other boy representing his own club, so hopefully he should be first choice for the next competition, even though he wasn’t jumping at his best.

My son has spent so many years playing football and rugby, but it looks like it is athletics where is really starting to make his mark. I’m so proud of him for all the work he has put in recently.