I’ve been to Wembley before, both for England matches and to watch Coldplay, but it never fails to take your breath away when you step inside. It is HUGE! Our seats were right at the back of the stadium, in the middle of the second tier. The number of people standing and in seats all around the stadium was quite phenomenal. And there, at the front, was a very cool looking stage, all branded up with the Divide logo. 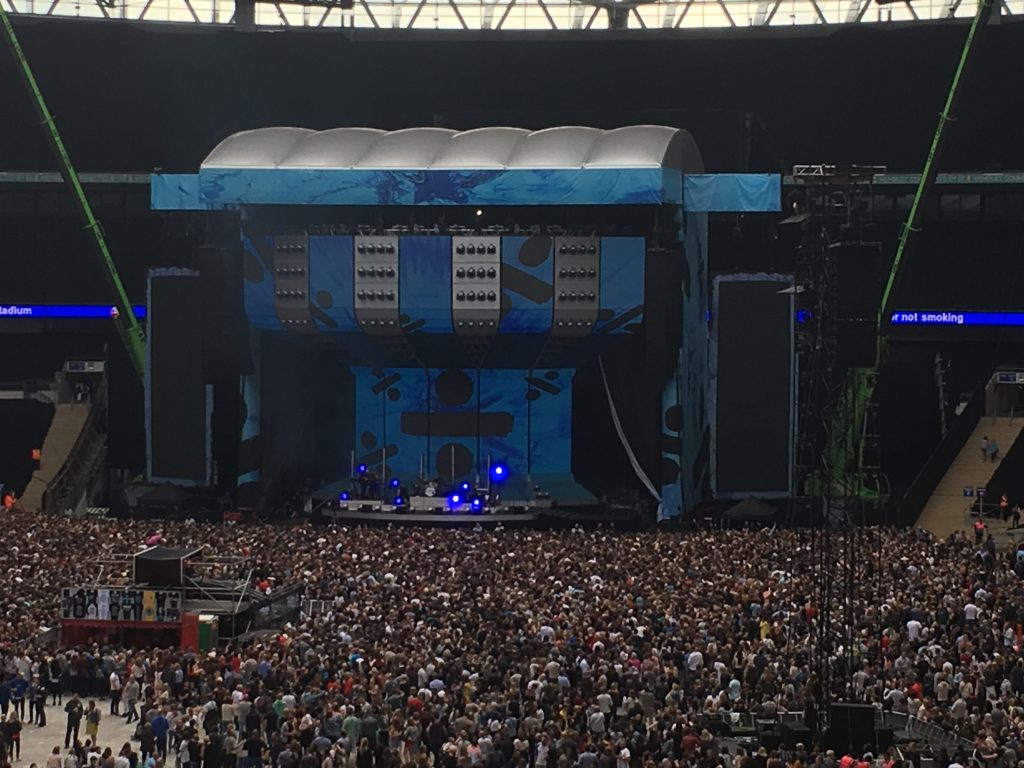 Owing to the ridiculously long journey, we missed the first support act altogether and arrived just in time to see Anne-Marie. My daughter and I were very pleased when we heard Anne-Marie was supporting because she is one of our favourite singers at the moment. My son didn’t really agree with us, though! 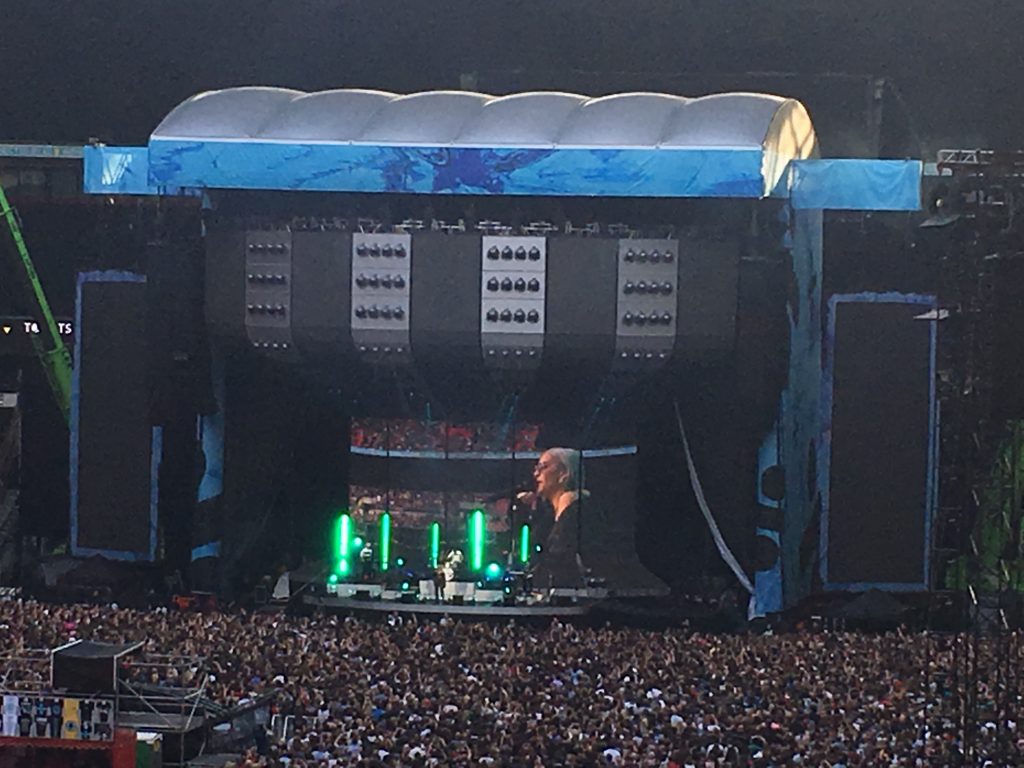 For someone who hasn’t been around that long – Anne-Marie has a lot of hits – Rockabye, Alarm, Ciao Adios and Friends. I love her latest single, 2002, which she informed the audience was co-writted by none other than Ed Sheeran. No wonder it’s so good. She doesn’t just have great songs, she has a great voice and lots of entertaining chat between songs. I even wondered if a bloke standing on his own with a guitar could be as entertaining as Anne-Marie.

He could and he was.

Ed Sheeran came on stage five minutes early. I was literally just back from the toilet when my daughter shouted ‘Security Kev!’. If you’re not familiar with Security Kev, he has his own Instagram account featuring backstage photos of Ed Sheeran and it’s very funny. On the big screens, Security Kev was walking Ed Sheeran onto the stage.

Castle on the Hill was followed by Eraser, the first song on Divide, and my son’s favourite song. 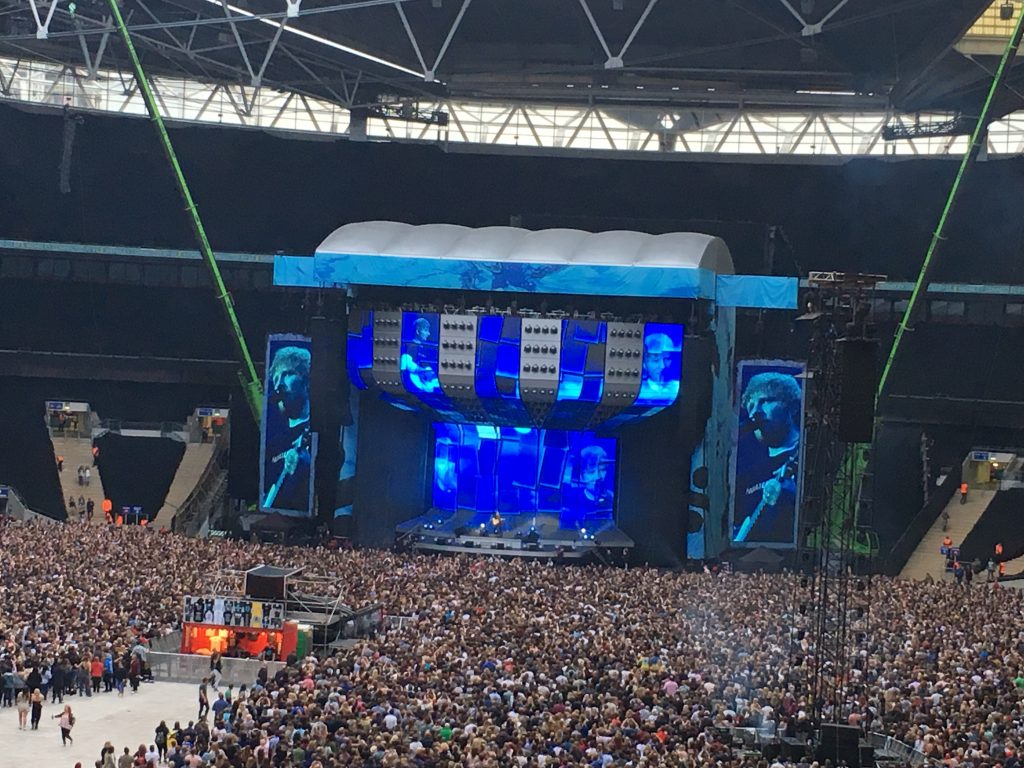 I’ve always thought Ed Sheeran was a nice bloke and he totally proved that point. He encouraged the crowd to sing and dance and said there’s no such thing as ‘can’t sing’. But there is such a thing as ‘can’t sing in tune’, but he just wanted to people to sing at the top of their voices, whether or not it was in tune. He told us how when he loves a band, he just stands frozen and expressionless and doesn’t sing or dance. This is exactly what my son does. So when my daughter accuses him of not loving it as much as she does, he can say he’s only doing what Ed Sheeran does.

I’m sure pretty much everyone knows that Ed Sheeran doesn’t have a backing band. He records his own backing track live on stage, using a loop pedal, before launching into the song and playing his guitar. It is amazing to watch him building the track up gradually. He said he’d always thought he would one day have a band, but then decided that if people were happy to watch just him on stage on his own, what would be the point? So true, he really doesn’t need a band.

He played so many hits – A Team, Perfect, Thinking Out Loud, Happier, Galway Girl… 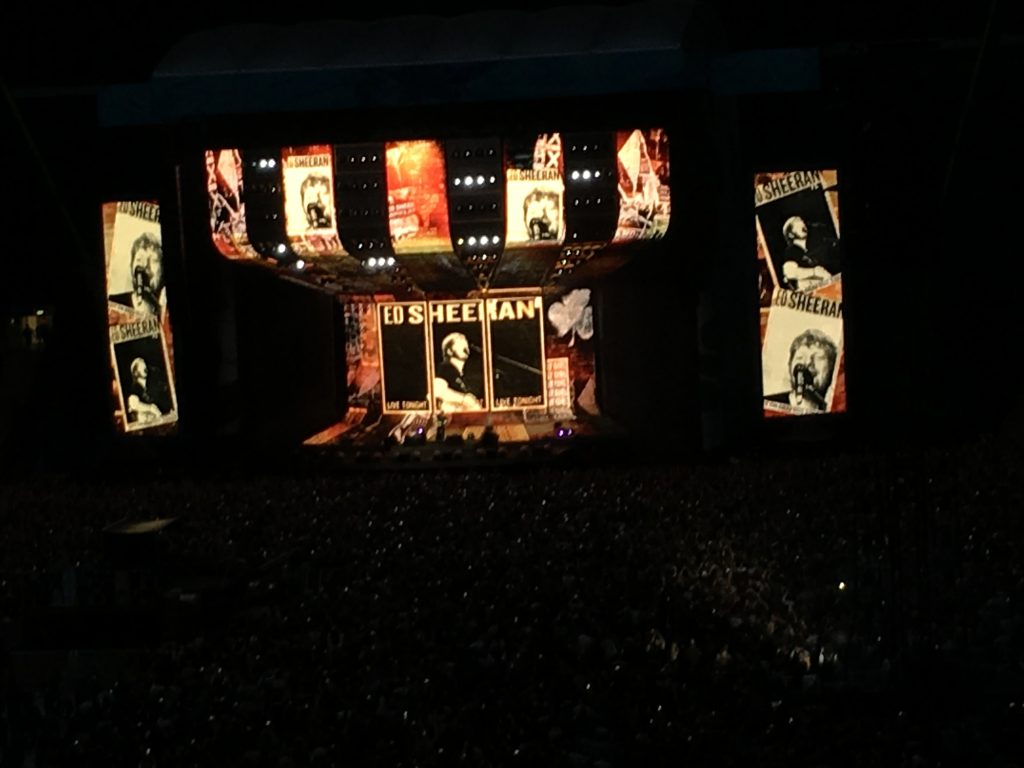 The audience were singing, dancing, clapping and waving phone torches and at no point did I think ‘I’m just watching one man on stage and he’s so far away that I can barely see him… ‘. My daughter was in her absolute element and even my son slightly broke out of his ‘Ed Sheehan-style’ quiet enjoyment.

One of my absolute favourite songs, Photograph, was extra long and extra brilliant and Sing, which I’ve never much rated, was so full of energy and excitement.

And then, to cap it all off, he went and brought Stormzy on stage for Shape of You, which I don’t think he did on the other dates.

Ed Sheeran at Wembley was absolutely brilliant. My daughter loved it and I’m so glad she got to go along. My husband would have enjoyed it, but my daughter will never forget it. 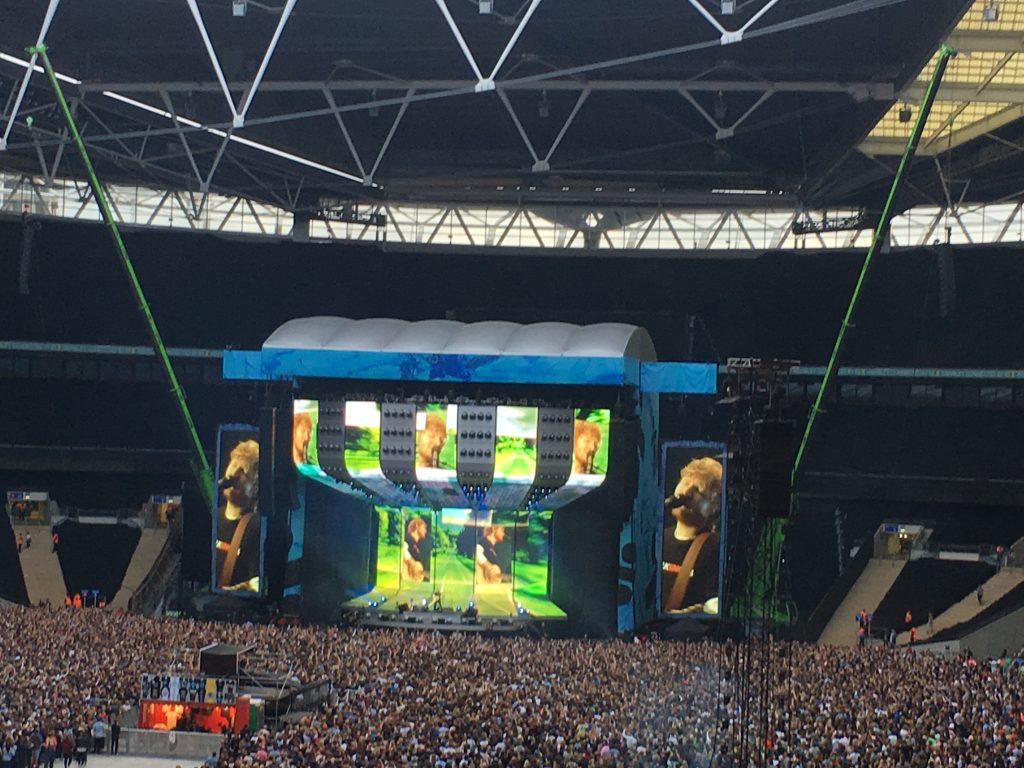