Seventeen years ago, a tiny baby boy popped into the world (‘popped’ after a very long labour). He was my first baby and suddenly I was a mum. That tiny baby became a gorgeous toddler. He became a big brother twice over. And then suddenly he was a teenager.

And now he’s just a year away from becoming an adult! How did that happen?

Everyone who knows my boy knows he is a character. He’s unique. We have a saying in our house – ‘X is just X’. And we all know what that means. He has a certain je ne sais quoi, which is different from anyone else we know. He can be frustrating and infuriating, but he is harmless and happy and never worries about anything. That’s not a bad way to be, is it?

Adults love him because he’s confident and talkative. He’s knowledgeable about politics and current affairs.

But teachers aren’t always quite as keen on him. Although my son has the ability to charm and cheek his way out of any situation. He thinks this ability will get him through his entire life. I suspect that he may need a few exam results to back it up, but what do I know?

He has made lots of friends and is able to be the person he really is. He doesn’t have to hide his quirks in case someone ‘cooler’ than him looks down on him and takes the p*ss. So he’s still not working quite as hard as he should, but I love the way he’s thrown himself into the social aspects of school life. He’s even taken on some responsibility as house captain and has to deliver assemblies and organise teams for sports day. He would never have done that at his old school.

My son started a part-time job at a local chip shop a few months ago. His boss says he’s a hard worker and I don’t doubt that for one minute. Working in a chip shop isn’t for everyone, but he enjoys the work, the banter with the customers and the money that comes with it. The money is spent mostly on coffee and clothes, with new packages arriving for him in the post most weeks.

My 17 year old boy has his own unique style, which his dad and siblings will ridicule from time to time. But I don’t mind it. He’s a teenager, he should be free to dress how he wants to dress. There is no rule book. Nor is there any ‘cool kid’ from school looking down on him and judging him. His style has definitely become quirkier now he’s at his new school.

After his terrible acne troubles of a couple of years ago, my son’s skin is almost clear, although he is back on a prescription lotion. He looks older than his years, and I suspect that is partly down to the acne ageing him. But he is a good looking boy and nobody could deny that.

My son goes to bed too late, gets up too late and leaves the house late in a disorganised mess with tie, shoelaces and bag flying every morning. He leaves a trail of destruction wherever he goes in the house. I suspect he will still be leaving towels on the bathroom floor in 20 years’ time. 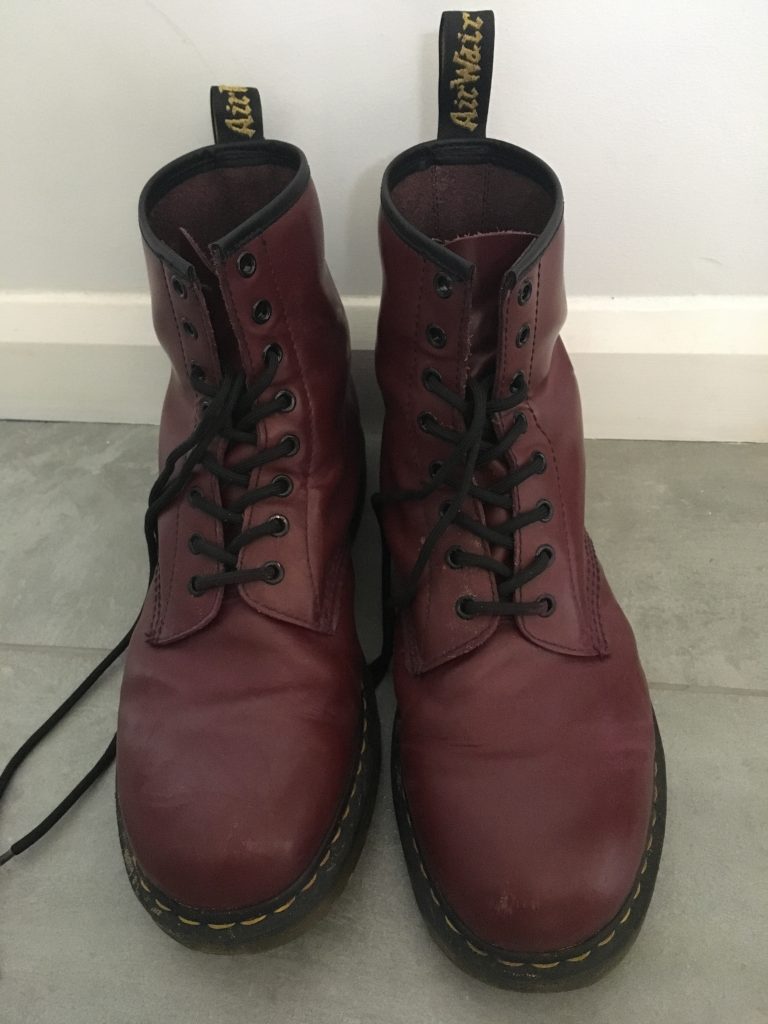