Christmas is on its way and we are once again stumped about what to buy for our teenage boys. They never know what they want and we never know what to get for them. I’ve tried looking at the gift type websites, but my sons just don’t like things like that.

My husband has concluded he needs to buy some clothes for my eldest. He thinks he’s too scruffy. But isn’t that a teenage boy’s right? When else in life do we get to be scruffy? And how can someone in their mid-40s know what’s ‘too scruffy’ for a 16 year old?

My son has his own style. Well, I’m not sure if it’s even a style. He has some clothes he likes that may or may not go together. But, again, who is to say if they go together or not?

He never wears jeans, only grey or navy chinos. I’ll admit it, they do look scruffy. They fade very quickly and always look like they could do with an iron. But they’re his choice.

He has a pair of smartish Clarks shoes he chose for himself. They’re suede and a colour somewhere between beige and grey. I like them, my son loves them, my husband hates them.

Technically, they don’t go with North Face hoodies. They ‘should’ be worn with shirts. He does have one shirt that he wears for ‘best’, but most of the time he’s just in hoodies and sweatshirts. And sometimes he has his shoes on with them.

My husband says he ‘can’t’ wear the shoes with the hoodies.

I have pointed out to my son that they don’t really go together. But I’ve said it once and I’m leaving it at that. If he didn’t realise they didn’t match and he was bothered about it, he would stop wearing the shoes with hoodies. But clearly he’s not bothered, so it’s his choice to wear them together.

I don’t know if his friends look at him and wonder why he’s wearing those shoes with hoodies or whether they think there’s nothing wrong with it.

Who cares if his clothes don’t quite match?

And in the meantime, we still haven’t decided what to get him for Christmas. 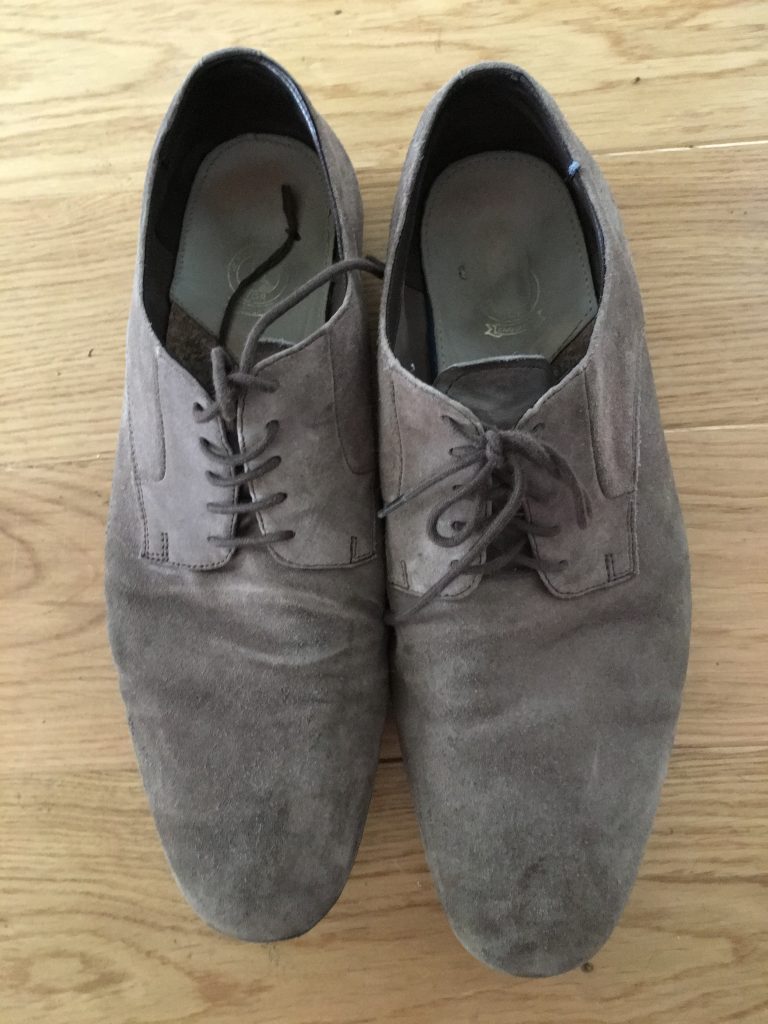