Let Me Lie by Clare Mackintosh

I Let You Go by Clare Mackintosh was one of my absolute favourite reads of last year, with her second novel, I See You, not far behind. So when I saw her latest novel, Let Me Lie, in the airport on the way to Copenhagen, I knew I had to grab it! And I wasn’t disappointed.

A year on from her mother’s suicide, new mum Anna is still coming to terms with it. Caroline Johnson threw herself off a cliff, just months after her husband had died in the exact same way.

But on the anniversary of her mother’s death, Anna receives something which makes her question everything she thought she knew. The police were quick to dismiss both deaths as suicide, but could they actually have been murder? As she takes her new information to the police, Anna doesn’t realise that she is putting herself and her baby in danger.

Told alternately by Anna and Murray, with the occasional contribution from a mysterious voice or two, this story has a lot of twists and turns. I found myself suspecting everyone and everything, but I was still very far from working it out.

The book is divided into three parts, with a twist that turns the story on its head in each part.  As well as Anna’s story, Let Me Lie also focuses on Murray’s marriage, which is almost as complex as Anna’s life, but portrayed beautifully.

If you like a psychological thriller, Let Me Lie is a must-read. Clare Mackintosh is the queen of the plot, but also of creating believable characters that you grow to care about. And if you haven’t read I Let You Go yet, why not? You need to read that too! 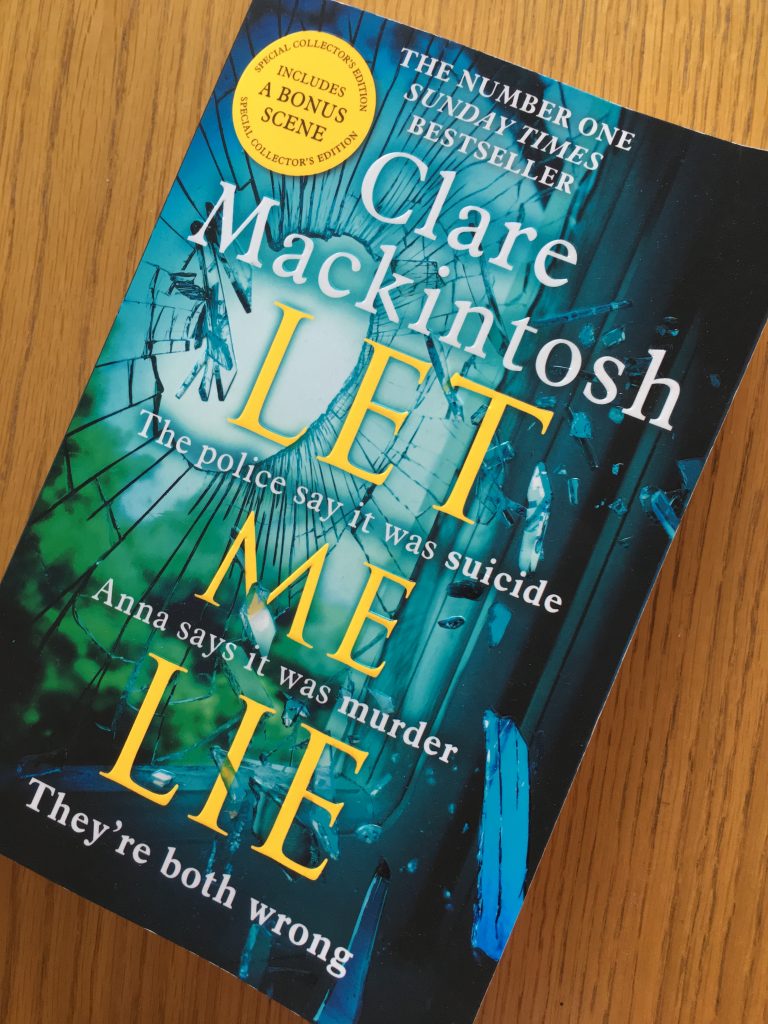