I See You by Clare Mackintosh

Home » Book Reviews » I See You by Clare Mackintosh

I Let You Go by Clare Mackintosh is probably the best book I’ve read this year, so I had high hopes for her second novel – I See You. Once again, my friend with the excellent (ie identical to mine) taste in books was kind enough to lend it to me.

I See You tells the story of Zoe Walker, a woman who spots her own photo in the personal ads of a London newspaper, with a website address and phone number. Feeling freaked out, she shows it to her family, who convince her it is just someone who looks like her. But Zoe thinks there’s more to it than that and keeps an eye on the newspaper, as a different woman’s face appears in the ads every day.

Suddenly Zoe doesn’t feel safe any more and starts to suspect everyone around her – from strangers on the tube to her boss and even her partner. Is Zoe in danger or is she letting her imagination run away with her?

The book alternates between Zoe’s life and that of Kelly, a police officer forced to do a boring job and desperate to get back to life as DC. When Kelly sees parallels between a minor crime she is working on and a much more serious offence, can she get senior officers to listen to her? And can she get herself on the investigation team?

I’ll be honest, I See You didn’t grab me quite as instantly as I Let You Go, which is in my opinion a very special book, but it wasn’t long before I was hooked.

Having read so many psychological thrillers in recent years I fancied my chances of working out who the bad guy was, but I totally failed! I would love to know if anyone else has actually worked it out because I really didn’t see it coming. I don’t even think there were any clues, but they were probably so subtle that I missed them.

If you enjoy a psychological thriller, you will love I See You, it is one of the best I’ve read in a long time. And if you haven’t read I Let You Go, take the time to read that one too! 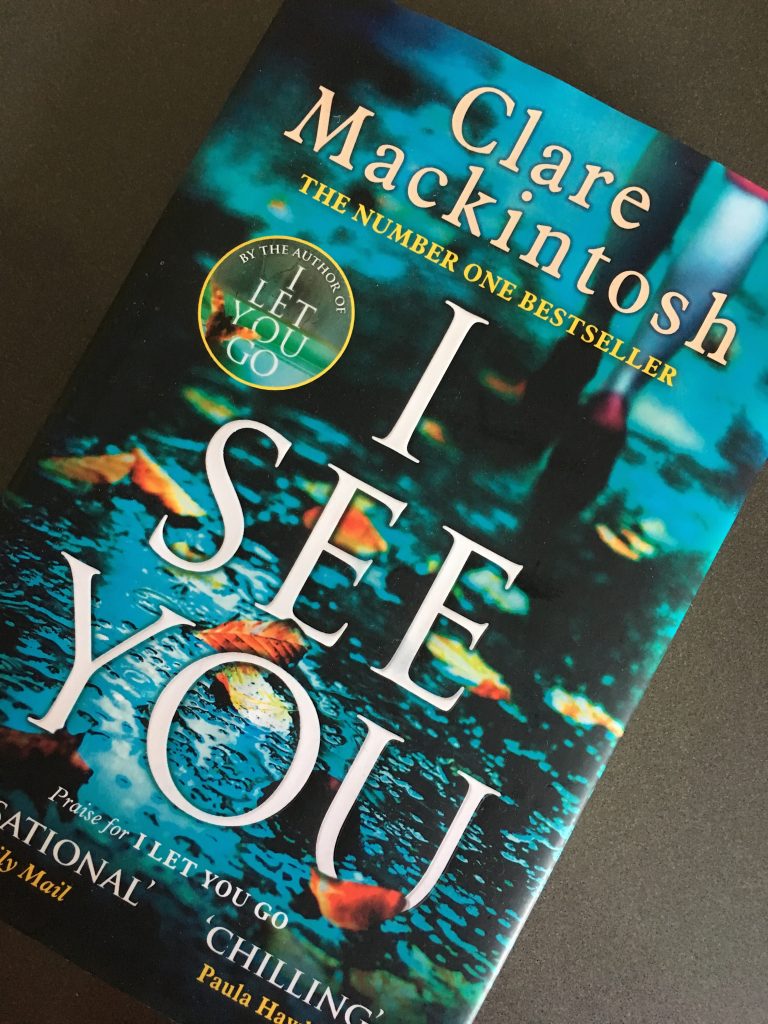