The death of Eric the guinea pig hit us all hard. Hit me hard particularly. Even days later, I just kept bursting into tears without warning. Sometimes I’d be OK, then other times I’d want him back so much it hurt. I just kept thinking about that black, brown and white ball of fluff in my arms and I ached for him.

Logically, it’s silly. He wasn’t human. He wasn’t even a dog. He was ‘just’ a guinea pig.

But he was our guinea pig. Our pet. A part of our family. Our lovely little fluff ball. Our Eric.

Eric was a very special furry boy and I’m so glad we had him in our lives. He taught us to love animals. He was our favourite guinea pig. We felt a bit guilty about admitting that when Daisy was alive, but he was always our favourite.

Guinea pigs are individuals. They have their own personalities. Guinea pigs are often active, feisty and noisy. Eric wasn’t. Eric was docile and peaceful. And that was just the way we liked him. The calm to Wilfred and Daisy’s storm. The yin to their yang.

Eric sat quietly. He didn’t move much and he rarely made a sound, a little bit of purring when you stroked him maybe. He was lovely to hold and lovely to stroke.

He protected his friends and they protected him, even if they did dominate him a bit. Eric was as far as you could get from being an alpha male. And we wouldn’t have had him any other way.

His long hair meant he was higher maintenance than his friends. He needed brushing every couple of days and had a haircut (with an old razor of my husband’s by my daughter) every few months. He needed his nails cut every few months too – he certainly made a sound if you did that wrong! He had three white feet and a black foot, complete with black nails. He needed a bath for that lovely long hair a few times a year. 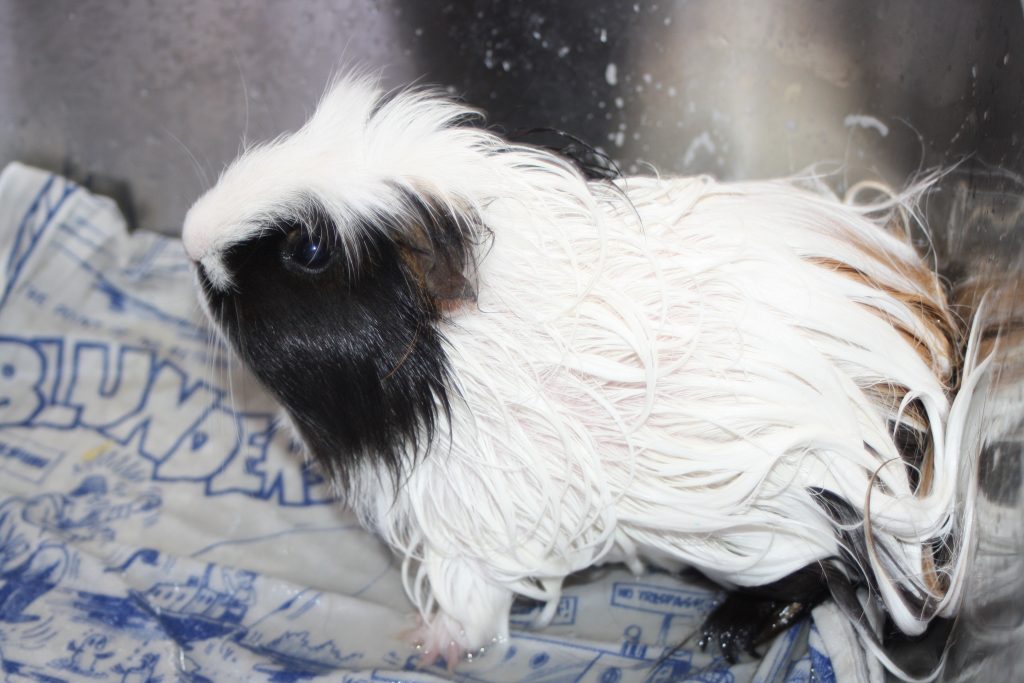 For the last year or so, he’d had a cataract in his right eye and was blind on that side. But he could always hear his food coming!

Eric loved nothing more than a shoe box in the garden. He would sprint for a shoe box and sit happily under it for hours.

We had the pleasure of Eric in our lives for three and a half years. He was a middle-aged man when he died. He should have had another two or three years left in him.

He’s left a big furry hole in our lives and our hearts and we will never forget him. 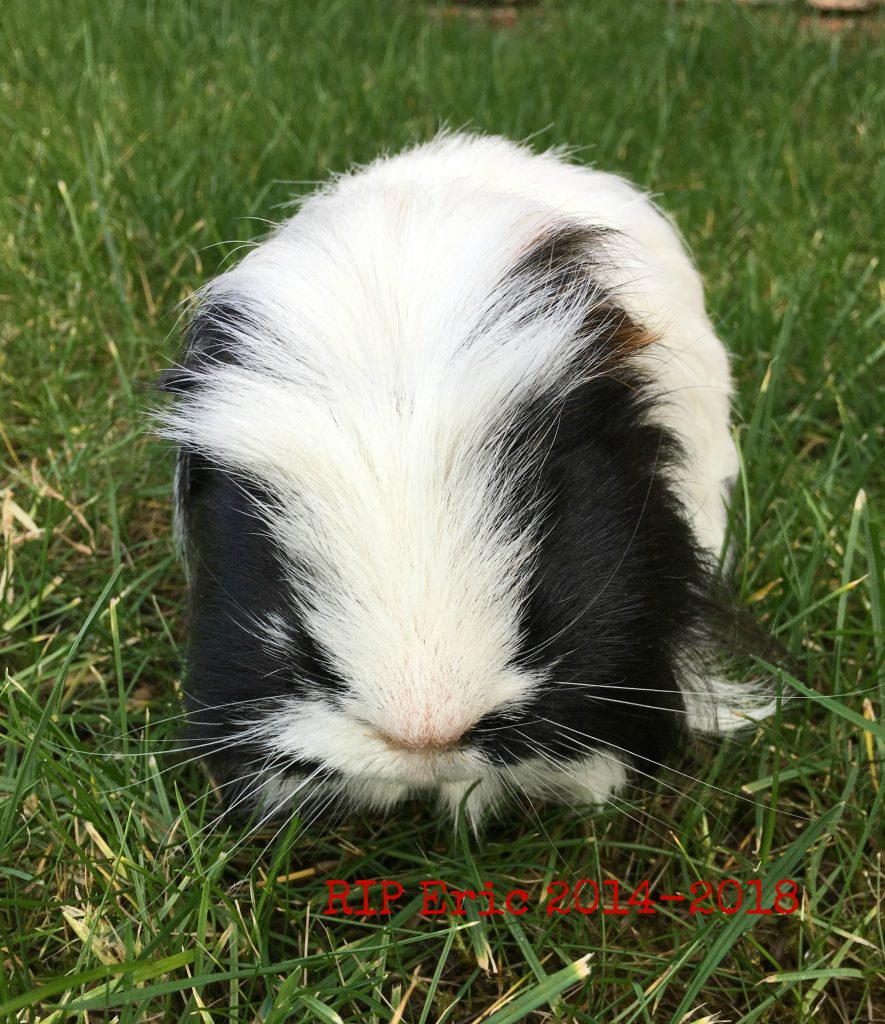