Can You Keep a Secret? by Karen Perry

Home » Book Reviews » Can You Keep a Secret? by Karen Perry

Can You Keep a Secret? was the last book I picked up on my mad dash to Sainsbury’s before Christmas because I thought I was running out of books (a bookworm’s worst nightmare). I bought it just because I liked the blurb on the cover and I wasn’t disappointed.

In 1991, Lindsay is the new girl at a boarding school. She is pleased to be taken under the wing of Rachel and the two girls quickly become best friends. Rachel’s family live in a mansion in the countryside and the girls regular go there for weekends. Also there are Rachel’s cousin, Hilary, Rachel’s brother, Patrick, and his two friends, Marcus and Niall. Lindsay loves her weekends at Thornbury Hall and is fascinated by Rachel’s eccentric parents.

Fast forward to 2017 and Patrick has put the house on the market and gets the old gang together for one more weekend.

Over the course of the weekend, a lot of secrets come out and it is clear there is still a lot of bad blood between the six former friends. While some people want to talk about everything that happened in the past, others want to be sure that nobody ever talks about them again.

Set alternately in the early 90s and 2017, the secrets of Lindsay, Rachel and Rachel’s family gradually come out – and you will want to keep reading to find out what they are!

I’ve been reading very quickly in 2018 and this was my fifth book of the year (I finished it on 24th January). It was a bit of a slow burner, so it took me over a week to read it, which is the longest I’ve spent on a book so far this year. But as the story progresses and the secrets start coming out, the pace really quickens up, and I found myself desperate to know what was going to happen. The country house setting and the minimal characters give it almost an Agatha Christie locked-room feel – that something bad is going to happen and it’s just a case of when and who it’s going to happen to.

If you like a psychological thriller, just like I do, you will definitely want to read Can You Keep a Secret?. 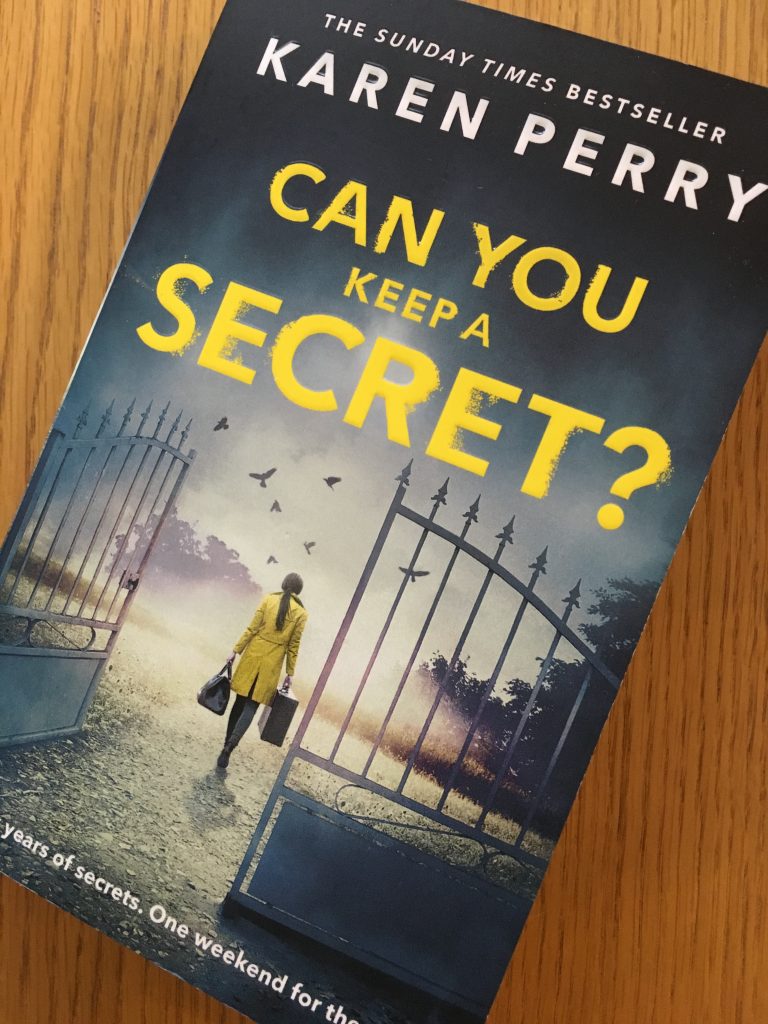