Cold Blood is the fifth, and currently final, part in the DCI Erika Foster detective series by Robert Bryndza. Regular readers will know I absolutely loved reading the series last year and devoured each of the books in about three days. Cold Blood was no exception.

A suitcase containing the dismembered body of a man washes up on the shores of the Thames. As DCI Erika Foster and her team struggle to find any leads, one of the team recalls the body of a woman in a suitcase which washed up a couple of weeks previously. Are the two killings connected? Could they have a serial killer on this hands?

Just as the team is beginning to make headway with the investigation, Erika herself is brutally attacked and the case is transferred to another team. Will they follow up on all of Erika’s leads? And will they stop the killer before they kill again?

Eventually they make a shocking discovery – this isn’t just one murderer, it is two killers working together. And, when the twin daughters of Erika’s colleague are kidnapped, it seems they will stop at nothing to get what they want.

In common with most of Bryndza’s novels, the reader finds out the identity of the murderer, or murderers in this case, fairly early on. I know that isn’t everyone’s cup of tea, but it makes a nice change compared to most books. It is almost like two stories running in parallel – the killers’ story and the story of the investigation, until ultimately they collide and become the same story.

A lot of the books I read are page turners, but nothing has me turning pages quite like a Robert Bryndza novel. I read the second half of Cold Blood in one day because I was desperate to find out what happened, then I felt disappointed that I’d finished it!

If you enjoy a detective story with a bit of gore thrown in, I would definitely recommend Cold Blood. It works well as a stand-alone novel, but why not go right back to the start with The Girl in the Ice? 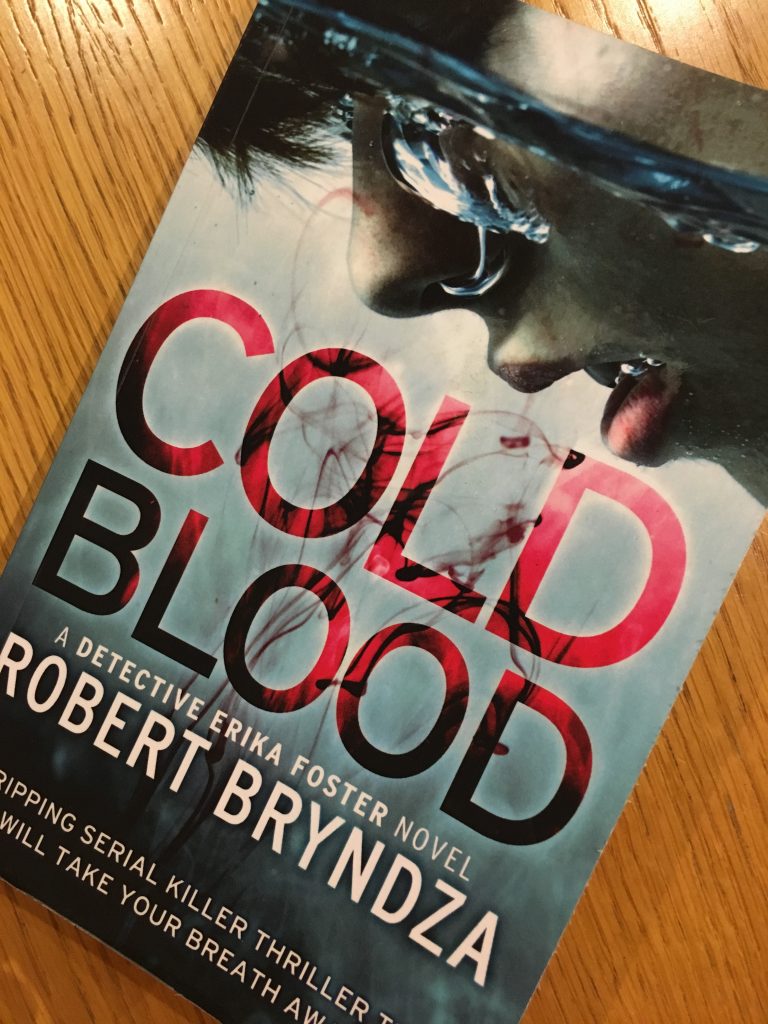