This year I’ve been loving the Detective Erika Foster series by Robert Bryndza, so I was very excited when my friend lent me the fourth book in the series – Last Breath. And, just with the previous Erika Foster books, I loved it so much that I devoured it in three days flat.

The tortured body of a young woman is found dumped in a communal bin. DCI Erika Foster is one of the first on the scene, but unfortunately it’s not her case. She knows she can solve it, if only someone would allow her to lead the case. Through a combination of her own pushiness and some good (or bad) luck, she soon finds herself in charge.

Finding a link to a similar case a few months previously, Foster knows time isn’t on her side when it comes to tracking down the killer. Can she catch him before he strikes again?

But the killer is cleverly covering his tracks, hiding behind fake online identities to stalk pretty women online. Will he eventually slip up and blow his own cover?

As in The Night Stalker, the killer is introduced to the reader fairly early on, so we get to follow his story, as well as that of Erika and her team.

But it’s not just all about the murders, several years after her husband’s death in the line of duty, could Erika be ready to find love again?

I don’t know what it is about these books, but they are highly addictive and I just devour them! If you enjoy a fast-moving detective story, you will love the Erika Foster stories. Last Breath works well as a stand-alone novel and you don’t need to have read the previous books, but if you are interested in reading them first, they are The Girl in the Ice, The Night Stalker and Dark Water. 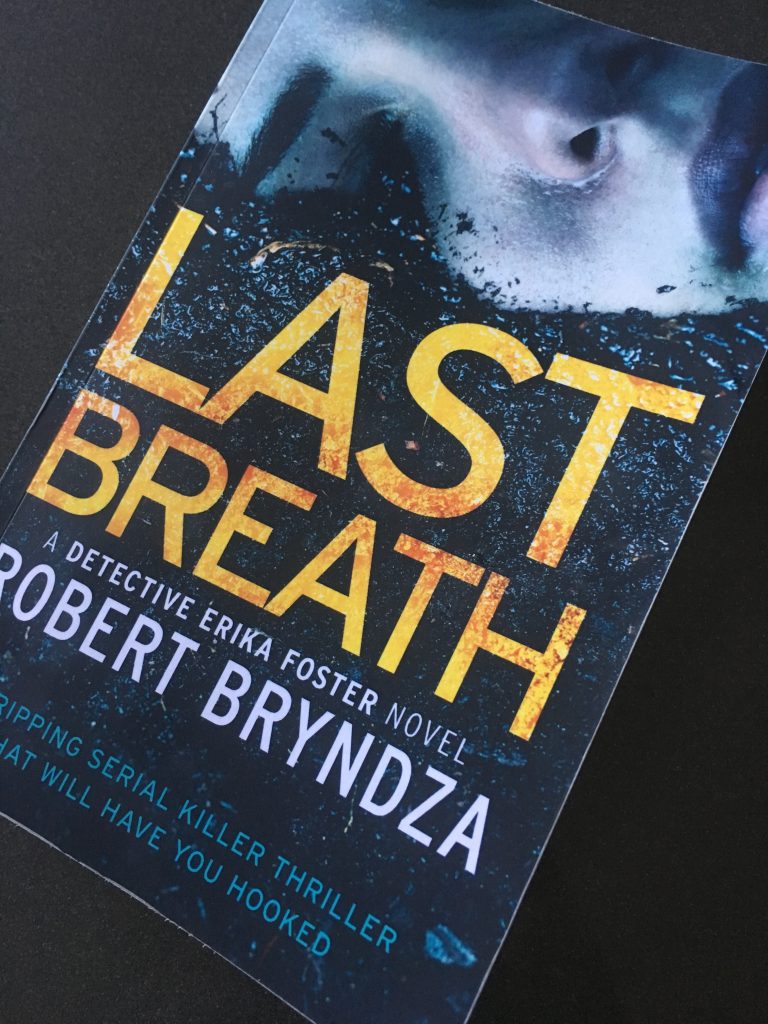 Just one niggle – the book endlessly uses the word ‘dumpster’. Now am I right in thinking that isn’t actually a word in UK English? It’s just a bin, right? It also makes reference to the ‘hood’ of the car. This is a book set in and around London. It’s most definitely a bonnet.