Paying for a flu jab

I’m the most ridiculously healthy person I know. Yes, I suffer from IBS and eczema and will probably be on acne medication for life, but I’m never ill. And I don’t just mean soldiering on bravely. I am NEVER ill. The last time I had more than a cold was in 2009, and even that was only a mild virus that lasted three days.

But I’m aware this situation can’t last forever. And I’m also aware that my family aren’t made of quite the same tough stuff as me. So when I saw that you can pay for a flu jab at Boots (and no doubt lots of other pharmacies too), I thought we should do it.

Earlier this year, we spent a whole four weeks with ill people in the house – my son had two separate nasty viruses that lasted a week each, my daughter had one that ended up with her on both antibiotics and steroids, then my husband caught my son’s second virus and was ill for a week. It probably wasn’t flu, but it wasn’t far off. The kids were both very ill – twice in my son’s case. And I don’t want to go through that again if we can avoid it.

For me, I’m the kids’ main carer and they would be lost without me. I also work freelance so only get paid when I work. If I’m too ill to work – or my kids are too ill for me to work – I don’t get paid. And that work just might be given to someone else in future, so I end up losing it permanently.

Having looked at it more carefully, it turns out the younger kids (the ones who need it most) can’t get a private flu jab, either at a pharmacy or at the doctor’s. But they are available for over 16s, so my eldest, husband and I have all had them. Even though the kids can’t have them, we are helping to protect them by having a jab, because it means we can’t pass flu on to them (although sadly the kids in their class can).

To have a private flu jab, you just fill in a form, the pharmacist talks it through with you and then it’s done in seconds. Now we’re protected from four strains of flu for the year and I didn’t have so much as an aching arm.

Have you ever considered a private flu jab?

This isn’t a sponsored or review post, we paid for the jabs ourselves, I just thought it would be an interesting experience to share. 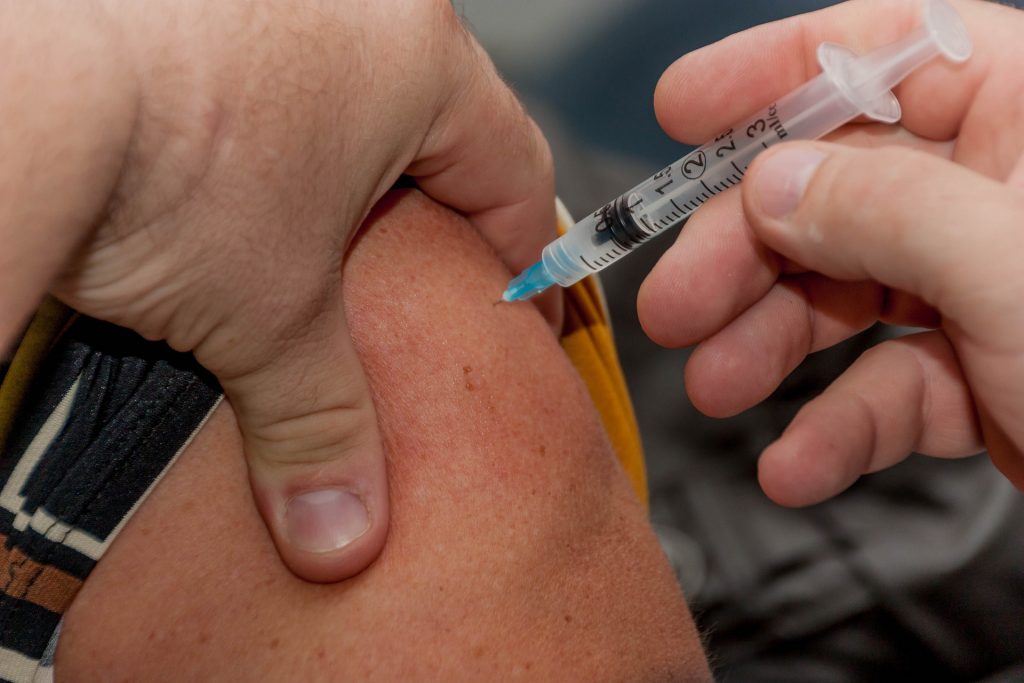