Not ‘just a cough’

My daughter had already been ill for several days. She’d had a very high temperature, she’d lost her appetite and some weight, she struggled to walk from the settee to the toilet. And she had a cough.

I’d put Vicks on her, propped up her pillow, given her sweets to suck and water to sip. What else could I do? I wanted to make her better, but I just didn’t know how.

(Yes, I could have given her cough medicine, but we didn’t have any and knowing how much she dislikes medicine of any form, it would probably just have made her more distressed.)

I looked at her lying there and I knew I’d done all I could and it wasn’t enough. She’d been ill for days, but she looked worse than ever.

So I rang the doctor.

I’m not the sort of person who rings the doctor for a cough, a cold or a virus. Even when my husband and sons had flu, we knew it was flu and we knew they just had to get through it, awful as it was.

I wasn’t sure whether she needed to see the doctor or whether the doctor could just give me some advice over the phone. Maybe there was something magical I was missing to help relieve her cough?

I’m very grateful that at 10.35am, the doctor gave her an appointment for 11am.

Although I wasn’t quite sure how I was even going to get her out of the house. And she definitely needed to take her sick bowl.

When she walked in the doctor asked what was wrong.

She looked dreadful and she was carrying a sick bowl. It wasn’t ‘just’ a cough.

He was a lovely doctor, who checked her over thoroughly. I was hoping it wouldn’t be dismissed as just a virus. I know viruses can be bad, but I also know they can’t be treated and she desperately needed some help.

She had a temperature, so he gave her antibiotics just in case she had a slight chest infection. But the main problem was inflamed lungs. They weren’t going to get better overnight and the constant coughing was just going to make things worse.

So he prescribed her steroids for the inflammation. He prescribed her tiny 5mg tablets and she had to have six of them on the first day, five on the second day and gradually reduce the number as the cough improved.

When we got home, I stopped panicking a bit about her cough, because I knew it was going to get under control. It was still miserable for her, but the end was in sight (even though the steroids didn’t actually work like magic!).

Hopefully she would actually make it back to school and ballet the following week.

It might have started with a virus but I’m so glad we actually went to the doctor’s. Because it most definitely wasn’t ‘just’ a cough. 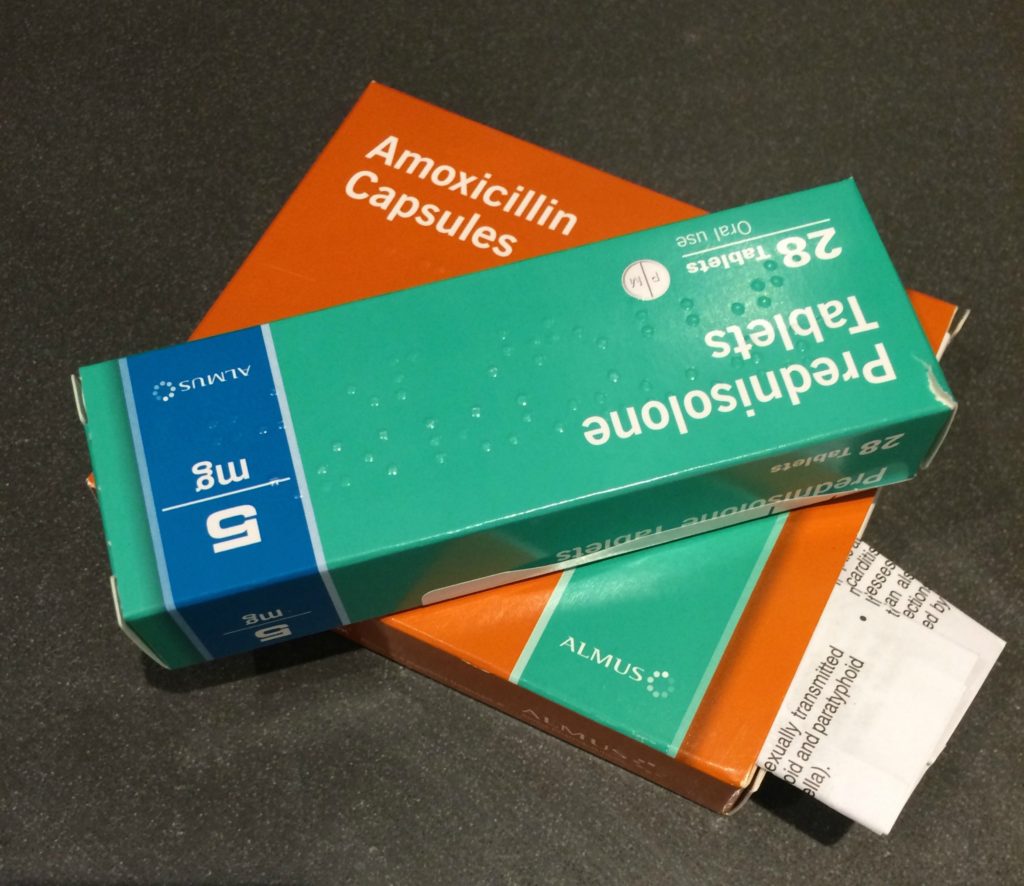