For a long time, it has been my eldest’s dream to do the Three Peaks Challenge. If you don’t know what that is, it’s climbing the highest mountains in Scotland, Wales and England – Ben Nevis, Snowdon and Scafell Pike – in under 24 hours. So that’s climbing three big mountains, and all of the strain that puts on your legs and body, plus a lot of travelling and sleep deprivation. It’s a really big thing.

About a year ago, he mentioned his dream to my daughter’s best friend’s dad (we’ll call him A), who loves a sporting challenge. A said they should do it after my son’s GCSEs. Before we knew it, A had roped in his brother-in-law (B, who has done the Three Peaks before) and his teenage nephew (C) – both of whom we know from Parkrun. Then my husband got his friend (D) on the team, who has climbed lots of mountains, but never done the Three Peaks. Then a ‘bunk house’ at the foot of Ben Nevis was booked for the night before the climb. Finally, A got a friend (E) to drive the team, because there’s no way you can do all that climbing and drive too. It wouldn’t be safe.

The Three Peaks Challenge was on!

My husband and son trained by climbing a very steep hill near home. At first, they went up and down in once, then they started going up and down it twice. My husband only managed it twice a week and my son maybe three times a week. To make it harder (and better replicate the effect of climbing mountains when your legs are already tired), my husband also climbed it after doing a long bike ride in preparation for the Ride London 100 mile bike ride, which he is doing again at the end of the month. 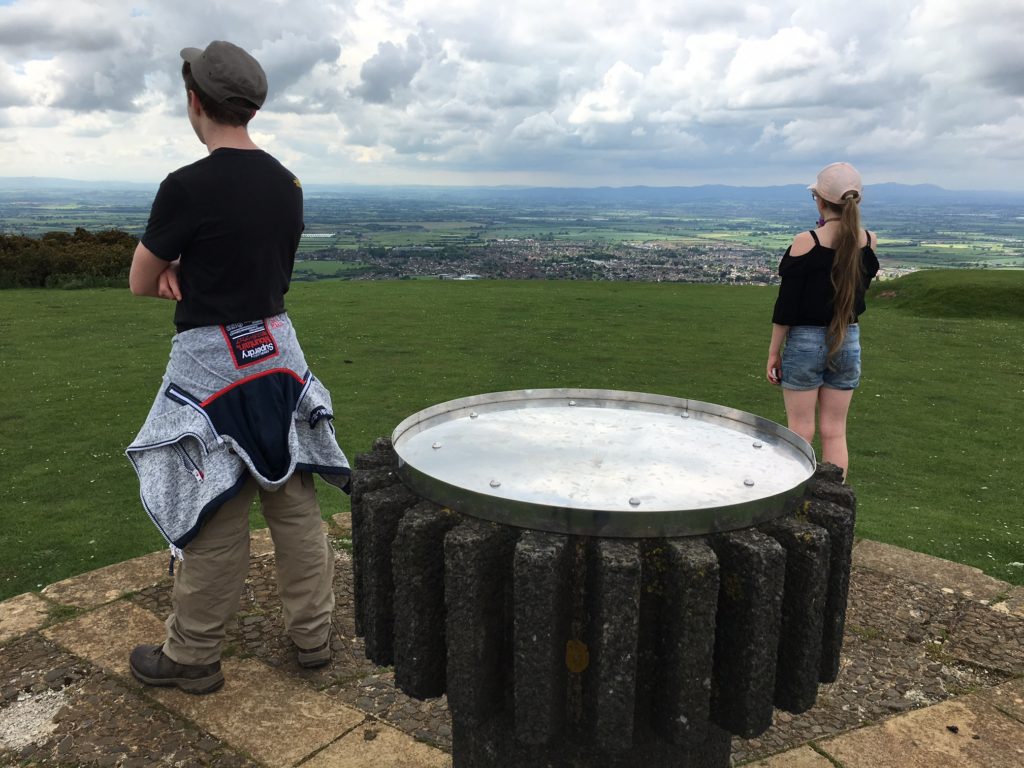 I was excited for them all, but I was also nervous. There are a lot of risks, from cramp right through to death (OK, that was pretty unlikely, but two men actually died on Ben Nevis the day they were there, including one who was doing the Three Peaks). I know my son has a huge capacity for walking long distances, but would a 16 year old have the reserves of strength and stamina for such a huge challenge? I was also concerned that it would take them over 24 hours. Completing it in 25 or 26 hours would still be a huge achievement, but it wouldn’t be good enough for my son.

For some reason, they decided to travel in my husband’s seven-seater car. The tradition for the Three Peaks is to travel by minibus. Let’s be honest, seven-seater cars aren’t REALLY designed for seven people. And definitely not for seven men driving 1000 miles over the course of a weekend.

They set off for Scotland at 7.30am the day before they were due to climb. It was a long journey – around 10 hours. They had dinner in a pub, before attempting to sleep in a very small room with enough bunk beds for eight people. Apparently they had very little sleep due to my husband’s snoring.

Read about the climb itself here…