How to organise a Year 6 leavers’ event

Home » Family » How to organise a Year 6 leavers’ event

Leaving primary school is a big rite of passage. Most schools will go to a lot of effort to mark this for the kids – with a school residential, a party, a leavers’ play and a leavers’ assembly, for example. But many parents and families want to mark it in their own way and organise their own Year 6 leavers’ event. If done well, these can be really memorable and special, but they need a bit of work.

Start early – like really early. Like just after Christmas. If you want to book limos etc, they get booked up fast.

A good old-fashioned letter – is the best way to communicate with parents as not everybody is on Facebook. Set out the options clearly and give parents a date to come back to you with a deposit.

Don’t forget ‘the other class’ – if your school has two classes, invite both of them! After seven years at school, friendships often cross into the other class.

Don’t leave anyone out – the whole year group might not have been the best of friends, there might be one or two people that aren’t that popular, but leaving them out is just wrong! This is the time for EVERYONE to get together. If people don’t want to go, let them make that decision themselves.

Include parents and siblings – sometimes siblings will want to join in, sometimes they will need to be there for childcare reasons. Including them makes it far easier for all families to get involved.

Budget carefully – how cheaply can you get a bulk order of pizzas? Companies will often be happy to give you a good price at a time of day when they are usually quiet.

Think about the weather – an outdoor picnic or party is a lovely idea, but what if it rains? And what about toilets?

Don’t start proceedings too early – on the final day of school, children will usually want to hang around for half an hour or so, getting shirts signed and taking phone numbers. Give them time to do this and really enjoy their last moments at primary school. 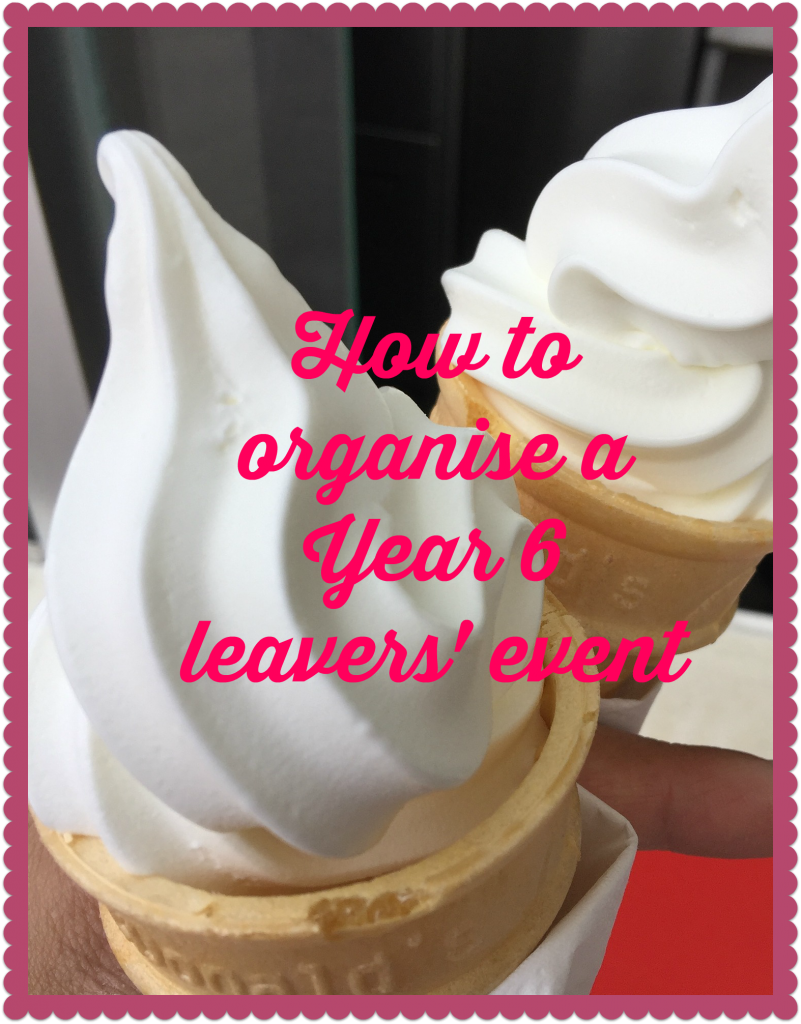 I’ve had two experiences of Year 6 leavers’ events over the last two years. While both enjoyable, one went more smoothly than the other. We’ll call them Event A and Event B…

One parent took control and wrote to all families in the year group. She offered the limo as an optional extra and came up with an incredible price to cover: pizza, drinks, party games, an ice cream from the ice cream van and hire of the village hall. The party was held in the park, with the use of the hall for toilets and bad weather.

One parent initially took control and contacted families through Facebook. Others were unhelpful and kept chipping in their own ideas (until there were too many ideas) and moaning about people that hadn’t been ‘invited’, rather than take the initiative and pass on the information themselves. A limo was booked, but there wasn’t enough interest for a second limo until it was too late and there were no limos left to book. So there was more moaning from parents who didn’t get a place in the limo, but weren’t willing to put themselves out and offer any positive help.

A good time was still had, but I think it’s easy to see which event ran more smoothly.