What She Knew by Gilly Macmillan

Home » Book Reviews » What She Knew by Gilly Macmillan

I read a fair few book reviews online. Sometimes I think ‘I must remember that book’ and sometimes I do remember. And sometimes I forget almost instantly. When I read a review of What She Knew, I did something I’d never done before. I went straight onto Amazon and bought it while it was fresh in my mind. I actually don’t buy many books on Amazon, I get the majority from bookshops or I borrow them from friends. I was slightly disappointed that it was second-hand (and not in the best condition) as, together with the postage cost, it cost as much as a book from the supermarket. Anyway, I digress…

Newly-single mum, Rachel, is walking with her eight-year-old son Ben in the woods in Bristol (randomly, three out of the last four books I’ve read have been set in Bristol) when he asks to run ahead to the swing. Against her better judgement, she agrees. And Ben disappears.

The police are called and search parties go out, but there is no sign of Ben. As the days wear on, everyone starts to fear the worst. Suddenly everyone is under scrutiny, from Rachel’s ex-husband to her sister and even Rachel herself. As the media and public turn against her, judging Rachel for letting her son run on ahead, Rachel’s nightmare feels like it will never end.

What She Knew is a real page-turner, told from the point of view of Rachel and also Jim, the senior investigating officer. There are also chapters on Jim in counselling. These take place a year after the disappearance, but reflect on it. Jim feels he failed Ben and his own mental health is struggling. These sections bring absolutely nothing to the book and feel completely unnecessary.

There are a few surprises along the way, including the revelation of a big family secret. I was very pleased with myself for working out a key plot point, just seconds before the characters in the book did, but I still worked it out! 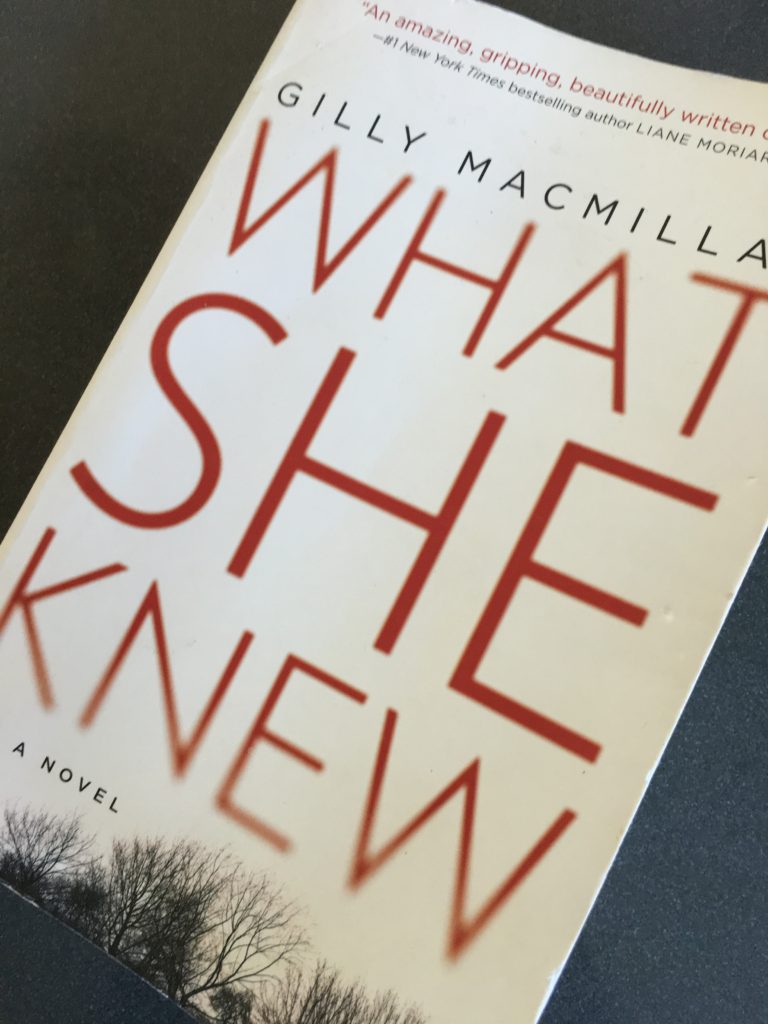 I have one further complaint about my second-hand book from Amazon – despite being set in Bristol, it is written entirely in American language – so we have soccer and the trunk of the car and pants instead of trousers. Clearly I’d got a version intended for the US market and it did slightly wind me up. I have no problem with American language in American books, but I don’t want to read it in British books.