In praise of Year 8

The last few weeks of school, since before May half-term even, were relentless. I had no idea just how full-on it would be to have one child leaving primary school and one child doing his GCSEs, then finishing school early and hanging around at home asking for lifts. There have been so many events and so much driving around, it has been exhausting.

I was joking about it to another parent on social media who was going through the exact same thing. And I said ‘At least my other one is just in Year 8’. And she went on to tell me that she’s a big fan of Year 8. I hadn’t thought about it, but actually, Year 8 is the easiest year in the whole of secondary school, so as parents we should really make the most of it!

And then there’s Year 8, when all kids have to do is sit back and enjoy the fact that they are no longer the youngest in school. There is absolutely no pressure.

But if your child is still in primary school and you think it’s ages until Year 8, fear not! There is an alternative. I give you Year 4…

A teacher friend once told me that Year 4 was ‘the least important year in primary school’ before rapidly backtracking and saying, but of course, ALL years at primary school are really important.

And then there’s Year 4, when all kids have to do is kick a ball around the playground and enjoy the fact that they’re not the youngest in the Juniors any more.

So there you have it, if you’ve got a child heading for Year 4 or Year 8, enjoy it! Because they’re the only vaguely relaxing years in their entire school career. 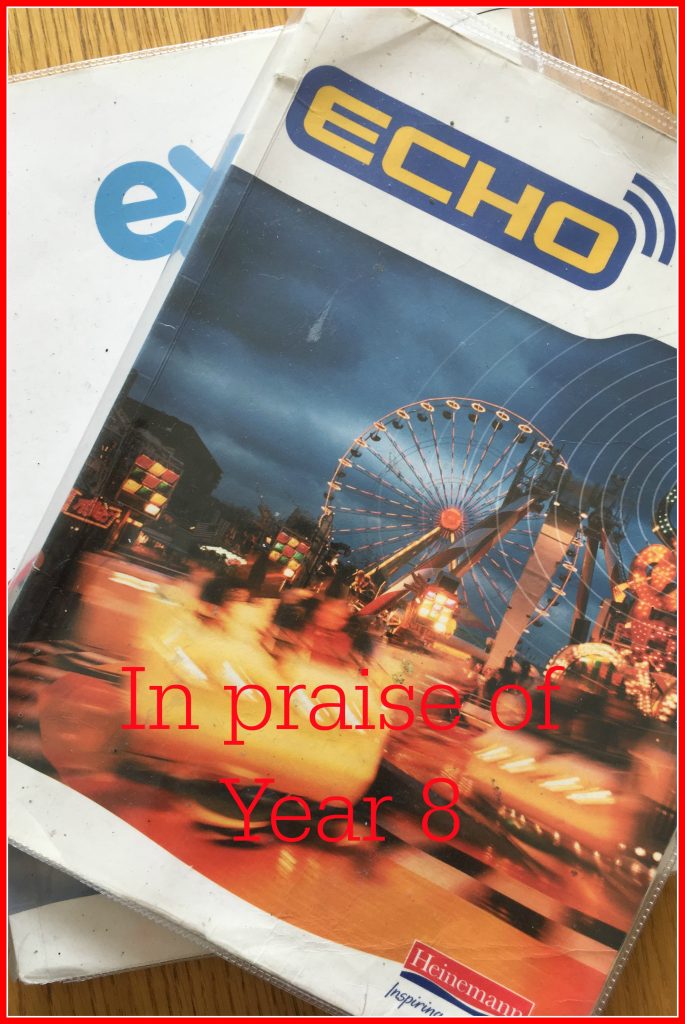