Guineas pig are for life, not just for Christmas

Home » Family » Guineas pig are for life, not just for Christmas

The guinea pigs have been giving us problems lately and reminding us that they are definitely a responsibility.

It feels like deja vu of last summer. Last summer, Eric got a piece of wood caught behind his teeth, which made his breathing sound funny and we thought he was ill. A couple of days later, Daisy unexpectedly died. We then did all we could to make sure Eric was healthy, including more vets’ visits and medication. We scrubbed the hutch to within an inch of its life, then we welcomed baby Wilfred into our family.

A few weeks ago, Wilfred, now an alpha male and not a baby, turned on Eric. He wouldn’t calm down and the only solution was to have him neutered. We had to buy a new hutch to separate them. And just when it was about time to reacquaint them and hopefully get them back in the same hutch, Eric started making a funny noise again. I was convinced it was wood behind his teeth again, but unfortunately it wasn’t.

So he had antibiotics and anti-inflammatories, some powder sprinkled on his food to clear the mucus, and there were vitamins to add to Wilfred’s water to ensure HE stayed healthy.

So now there was no way they could go back in the hutch together for a while.

Generally, guinea pigs are pretty easy pets. We feed them twice a day, clean them three times a week, put them out for a run and brush Eric a few times a week. They have about three baths a year and Eric’s claws need clipping a few times a year.

But ill guinea pigs or badly behaved guinea pigs who have just been neutered are hard work. Two hutches means double the work – double the cleaning, double the feeding. They can’t go out at the same time either – first because of Wilfred attacking Eric and then in case Eric passed his illness on to Wilfred.

Oh, and we spent over £250 on them in two weeks – £50 for a new hutch, £78 to have Wilfred neutered (which I can understand would need to be expensive as it was an operation, followed by care all day, plus painkillers and two follow-up check-ups with the nurse), then £77 for Eric’s vet visit and the medication (which totally shocked me!). Then there two follow-up vet’s visits at £30 a time.

It’s all a reminder just what a responsibility pets can be – even small ones like guinea pigs. When things are going well, guinea pigs are easy pets. But things don’t always go well and if you want pets, you have to be prepared for the time and money you will need to find when things don’t go well.

It had crossed my mind that maybe Eric and Wilfred needed to stay in separate hutches and both have new friends instead, but this has reminded me that they can be an expense and very time-consuming. We don’t need any more guinea pigs because a guinea pig is for life, not just for Christmas! 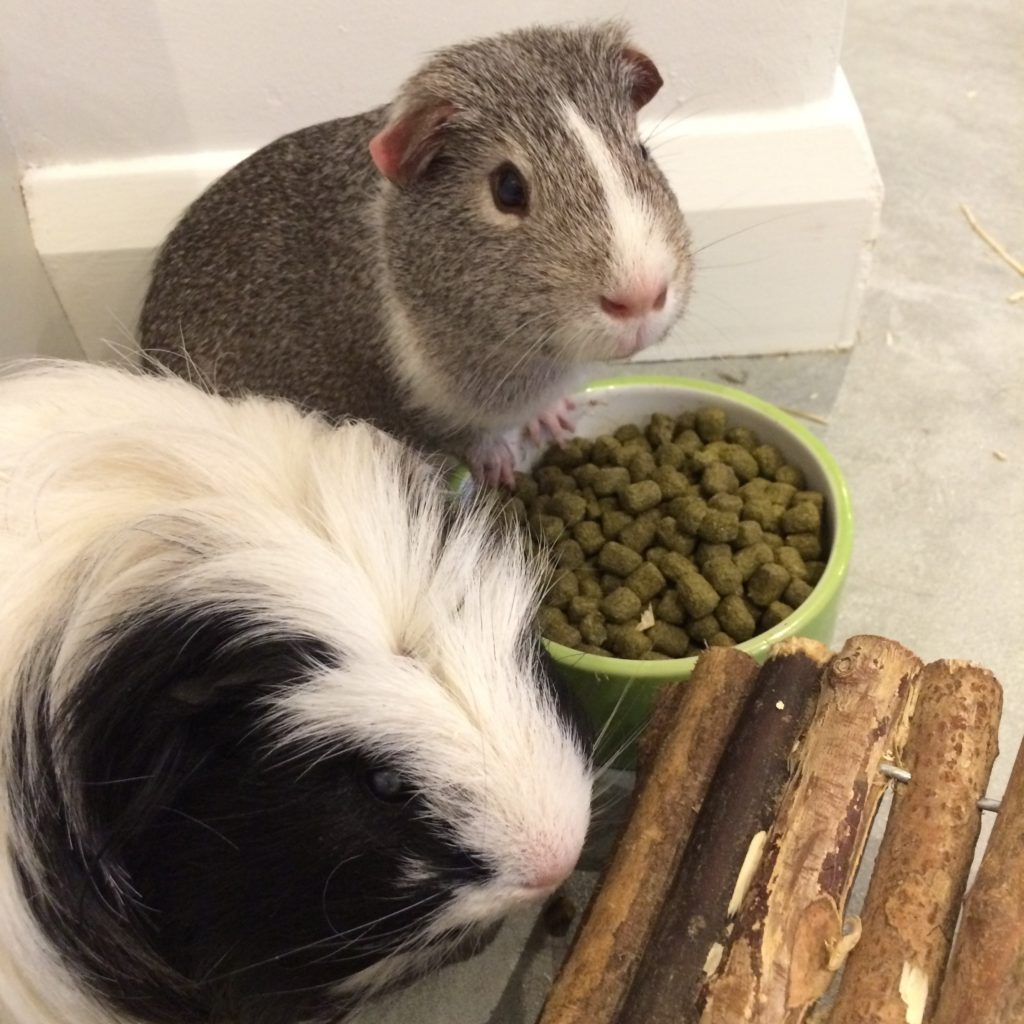