After the sudden and unexpected death of our lovely guinea pig, Daisy, our thoughts quickly turned to saving our other guinea pig, Eric.

In fact, our thoughts turned to it so quickly that my husband, eldest and dad had come up with a plan while I was still breaking the sad news about Daisy to my daughter.

Daisy was the alpha male, the boss. She told Eric what to do. She decided when he could eat and she was always first out of the hutch and first back into the hutch. Eric would find it hard being on his own. He would need a companion.

(Daisy was male, but because my daughter gave him a female name, we always referred to him as ‘her’.)

In the meantime, we all held Eric and cried and passed him around saying ‘Does he look OK? Is his breathing right?’.

He didn’t look OK. He was quiet and still and he didn’t want the carrots we offered him. But he was in shock and grieving. Of course he wasn’t OK.

I even managed to get my younger son to hold him. My younger son who never holds the guinea pigs because he’s afraid to hurt them. I’d been surprised how upset he had been at Daisy’s death. Holding Eric seemed to offer him some comfort.

My daughter wanted to get him to a vet immediately. She cried and begged for him to see a vet. But it was a Sunday evening, a bank holiday Sunday at that. He would need to wait until the morning.

But the kids kept googling local vets, vet helpline numbers, guinea pig symptoms and illness, foods they should and shouldn’t eat… Focusing on saving Eric was a practical way of dealing with their feelings about Daisy.

While I cleaned the hutch and left it to air, Eric sat in the vet carry box (between people holding him and crying over him).

My husband, the man who claims to have no interest in the guinea pigs, did everything he could to make the box comfortable and ensure Eric had enough food. He didn’t want much. Should we be worried? He looked sad. Was he really ill?

Eventually we decided Eric should stay in the house in the box overnight. It would be strange for him, but not as strange as a hutch without Daisy. In the hutch, he would feel her loss so much more. 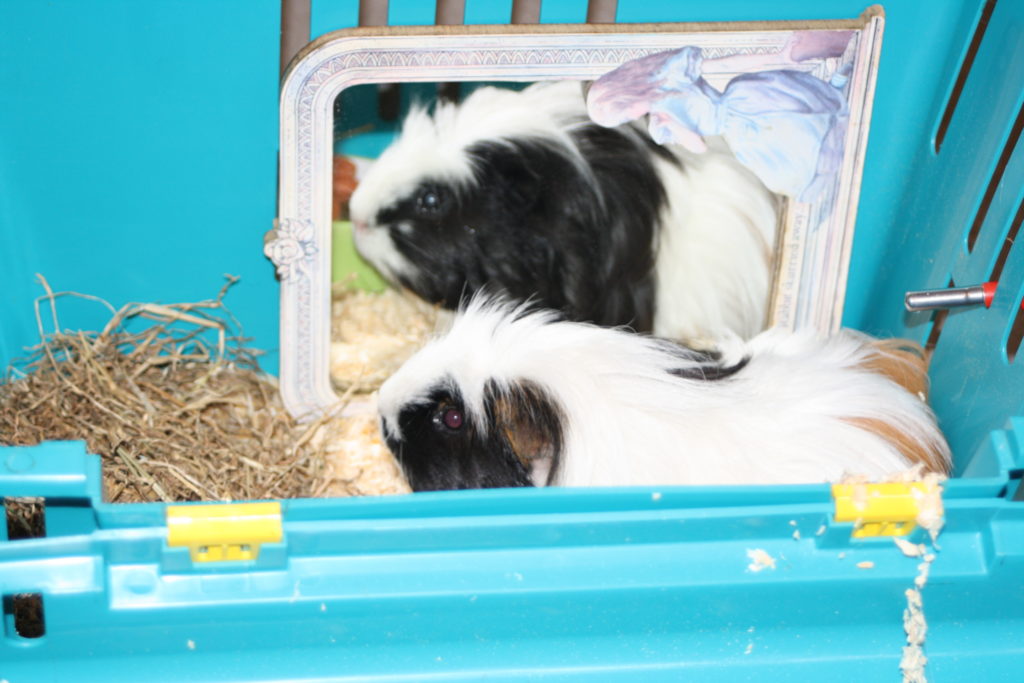 We knew the guinea pigs were the best of friends, of course they were. But when I took Eric to the vet’s, just two days before Daisy died (ironic, I know) and they were apart for just over an hour, Daisy jumped on Eric in excitement when he came home. I’d never seen anything quite like it.

They were a pair. They were happy together. They belonged together. Of course Eric was going to feel out of sorts.

My husband came up with the idea of a mirror in the box, so Eric would feel like he had company. It did seem to perk him up a bit.

My eldest was worried about leaving Eric in the kitchen. What if he squealed in distress and nobody heard him? Could we have him in our room? Remarkably, my husband, who usually moans about them being in the kitchen for short periods of the time in the winter, said he could stay in our room. He knew how important it was for all of us to keep Eric alive.

When I eventually went to bed, the proximity of my eldest coughing seemed strangely near. I found him lying on a mattress right outside our bedroom door.

Grieving for one guinea pig, while desperately hoping you can keep the other alive, is remarkably bad for your sleep. But we made it through until morning. Eric hadn’t eaten much, but he was moving and he was alive.

Eric went to the vet’s that day. She found he had a slight wheeze, but no other problems, other than grief. The wheeze might have been nothing, but it wasn’t worth taking the risk, so she prescribed him some antibiotics, which we have to give him mixed with Fruit Shoot (really!), from a syringe. She also gave him some vitamin C to be mixed in with his water, but then he didn’t seem to drink his water well, so we quickly gave up on that. We didn’t want him dying of dehydration because he’d got something to keep him healthy in his water bottle.

As for the new friend? She said he should get one, but we should wait a couple of weeks until we’re sure he is in full health, as getting a new friend will be stressful in itself. The kids want to get one slightly sooner, but at least they realised they couldn’t get one the following day.

I’m feeling confident that we’ve managed to save Eric. 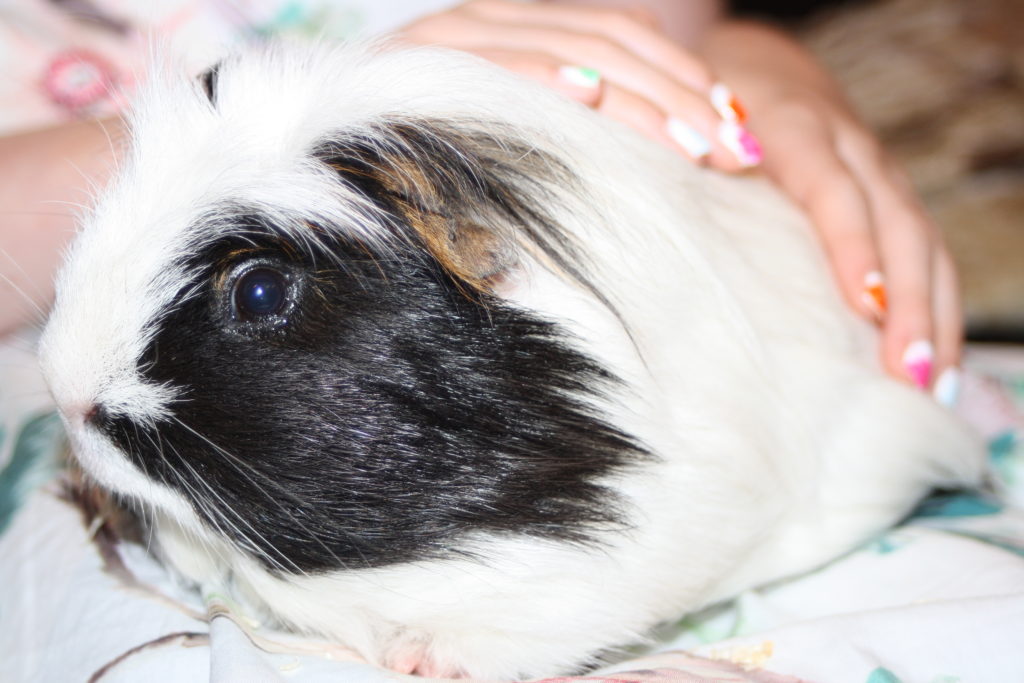 Later, I found this web page on caring for a bereaved guinea pig. It was all the information we needed and it confirmed we were doing everything right. We’d acted on no more than instinct, but we’d got it spot-on. It said to take the surviving guinea pig to the vet as soon as possible. It also said to get a new friend as soon as possible. The new pet isn’t for you – it’s not to replace the guinea pig you lost – it’s for your bereaved guinea pig. It confirmed that you should keep a grieving guinea pig inside and give him lots of extra attention and shouldn’t leave him in an empty hutch outside.