Ever since we moved into our house two years ago, my daughter has struggled to get to sleep. Until the age of 6 or 7, she would fall asleep as soon as her head hit the pillow, but those days are sadly long gone!

She misses the noise of our old bungalow and likes to know there are people around when she goes to bed. (She is often the only person upstairs when she does.)

But she always does go to sleep. Eventually.

I had difficulty getting to sleep at her age, but I always accepted it. I never worried about it.

But she genuinely believes that she’s never going to get to sleep.

I went through a phase of sitting outside her room while she tried to get to sleep. Knowing I was there was reassuring for her. (Although it annoyed my younger son and stopped him getting to sleep!)

My husband put a stop to that one and she managed without me for a few days, but then she came up with another routine, which is just as much a rod for my back as the chair outside her room.

It is rare she will even go upstairs until 9pm. Then I have to go up with her while she brushes her teeth and hair and very carefully adjusts her bed covers to perfection. She has to put her watch on and two hairbands on her wrist. She has to have an old iPhone (with no SIM) under her pillow as back-up for checking the time.

Then she gets into bed. She reads for enjoyment and to calm herself. Recently she has decided that she needs to read for precisely eight minutes. I am allowed downstairs during these eight minutes.

If I come back after 10 rather than eight, I’m in trouble!

For the last two or three years she hasn’t wanted me to read to her, preferring to read herself, but now she likes me to read after she has read. I don’t just read a chapter, which would seem sensible. She likes me to read two, three or four pages, depending on how tired she is. 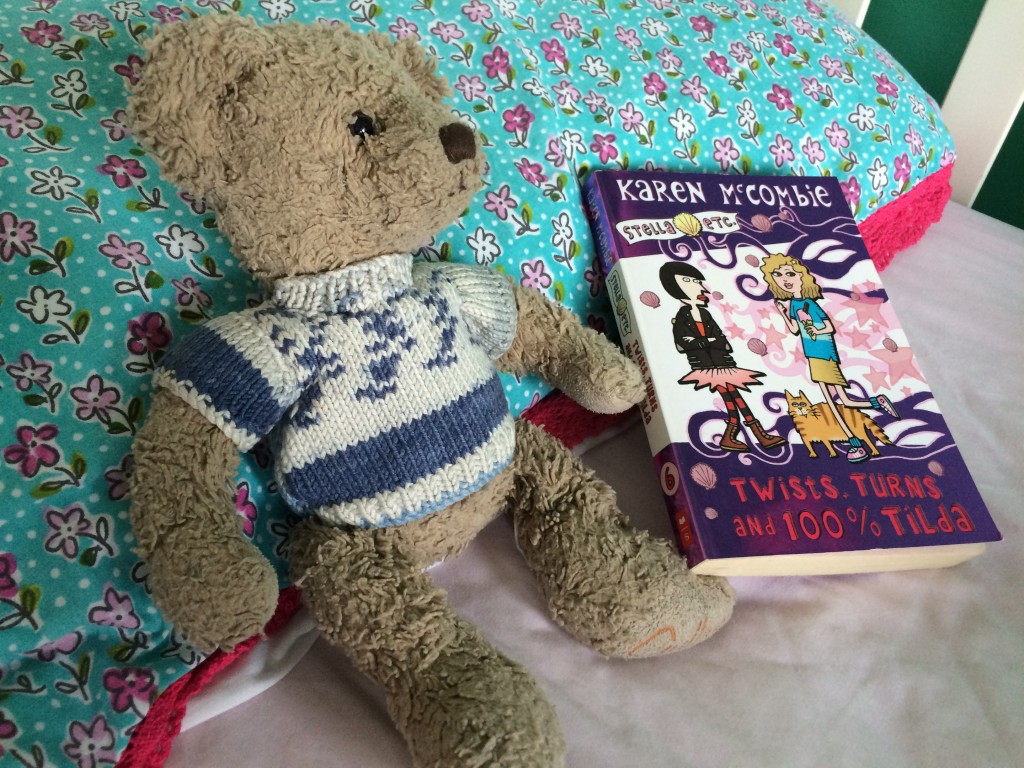 Once I’ve finished reading, I say goodnight and she confirms, as she does every night, that I will be back to check on her in half an hour.

At this point I am usually trying to turn off The Simpsons and persuade the boys to go upstairs and get ready for bed.

I will check on her after half an hour and she will still be awake. So every single night she tells me I have to go back in 20 minutes.

It means I very rarely get chance to actually relax and watch TV in the evenings. I genuinely don’t think I’ve watched an entire programme since the Christmas holidays.

Most of the time, she will be asleep by the time the 20 minutes is up, by which time it’s about 10.10pm. If she’s not, I have to go back in another 20 minutes. If she’s still awake at this point, she will be starting to get quite upset and will insist I go back in 15 minutes.

By this point I am struggling to keep my own eyes open, but my daughter’s worst fear is that I will fall asleep before she does. So I have to do whatever I can to stay awake.

As a baby and toddler, she never slept in our bed. But twice recently she’s had to sleep in our bed because I couldn’t physically stay awake any longer and she was stressed and couldn’t get to sleep.

I’m not really sure how we got to this point. It was never meant to happen. I’m hoping at some point in the near future she actually realises that she will always go to sleep eventually, being unable to sleep is not the end of the world and, most importantly, it’s OK if Mummy goes to sleep first!

Does anyone else have any trouble getting their tweens to sleep at night?