When I saw that the Levellers were doing a special tour to commemorate 25 years of their seminal (second) album, Levelling the Land, I wouldn’t have missed it for the world. We decided to watch it in Bristol, despite it being at a venue I’m not keen on – the O2 Academy.

To really celebrate Levelling the Land, they were going to be playing the album through from start to finish, with all the songs in the right order – just the way I hear them in my head. Readers who grew up with albums will remember that, pre-Spotify and pre-iTunes, you would get to know an album so well that you would hear the next song in your head before it started playing.

And so, on a cold November day, we squeezed inside the very ‘intimate’ (ie small and claustrophobic) Bristol O2 Academy to live the magic of Levelling the Land, just the way it was recorded 25 years ago. As a claustrophobic, a venue like the O2 Academy does present me with problems, but because I’ve been to gigs since I was a teenager, I’m just about able to cope with it. As soon as the music starts, all my fears are forgotten. 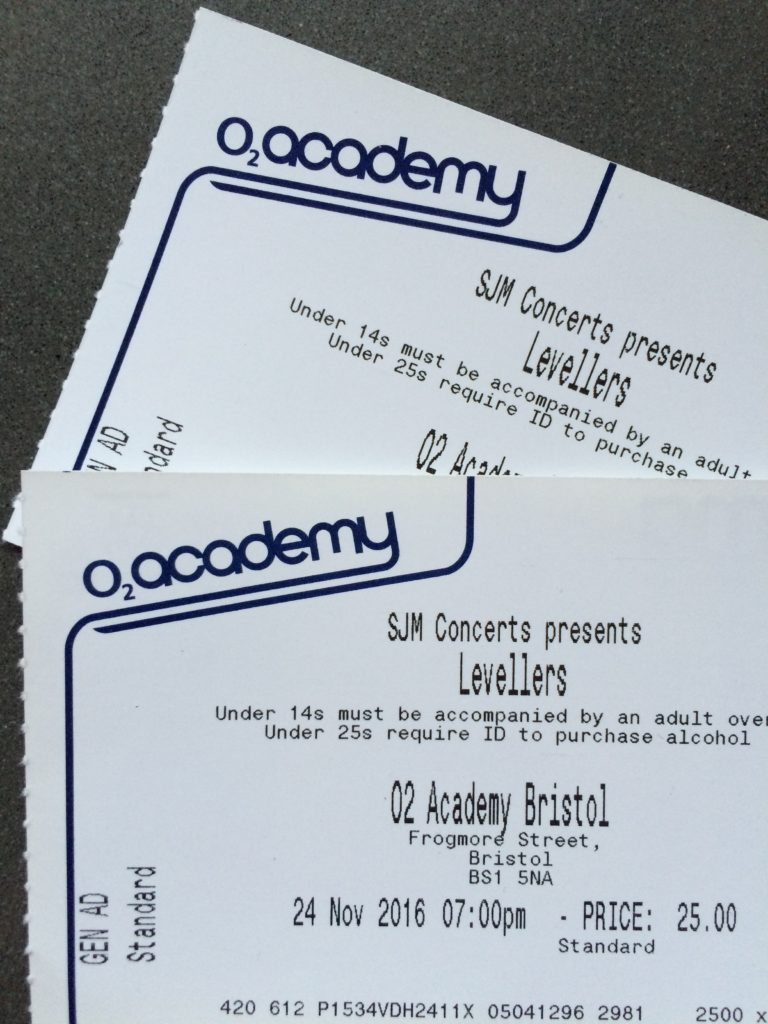 It’s very strange to hear the Levellers start with One Way, their most well-known song. It usually comes near the end of their set, but it’s the first track on Levelling the Land, so it was the first song of the set. And what a way to start!

You always get lots of people singing along at Levellers concerts, but with the concert being all about their most popular album, you just know that every person knew every single word of every single song. And they all sang along. (The blokes behind me did occasionally even drown out Mark and Simon’s vocals.)

After One Way, of course came The Game. Then there was Fifteen Years, which was a late addition to Levelling the Land, having first been released as a stand-alone single after the original release of Levelling the Land. Both The Game and Fifteen Years are real crowd-pleasers. Then there’s the relative calm of the folk-influenced The Boatman, before the sheer energy of Liberty Song. 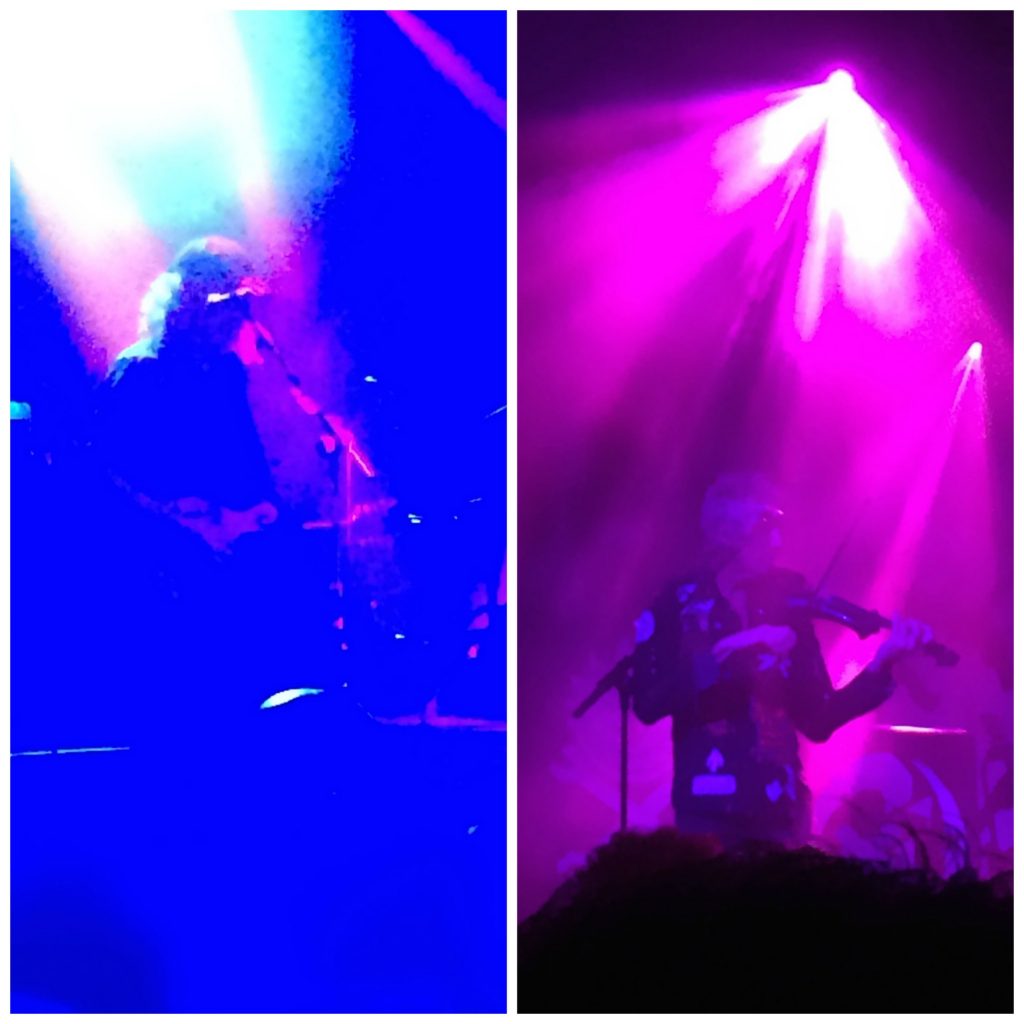 Far From Home is another folky track, which reminds me of singing it with my sister in the bath, which really does remind me that the album is 25 years old. She was 9 and I was 18 then. Now she’s 34 and I’m 43. But when I’m at a Levellers concert I never feel a day over 19. And I doubt the Levellers feel it too. Or the people in the audience in their late 40s and early 50s.

Next it’s Sell Out. I never tire of the words ‘The year is 1991’, even though the year is now 2016. In my head, there’s a little part of my world that will always be the 90s. Another Man’s Cause is about the Falklands and the Gulf War of 1990. But I’m sure it’s words must ring true for anyone affected by more recent conflicts. The Road is another folk track, about busking and the power of song. The album finishes with two heavier tracks, The Riverflow and Battle of the Beanfield, about an incident in 1985 when travellers came under attack by police.

And Levelling the Land was over! But 45 minutes is a bit short for a headliner, so they moved the backdrop from Levelling the Land to a more generic Levellers sun, and played some other favourites, including This Garden, Beautiful Day and Julie.

It was an amazing concert as ever. I never tire of seeing the Levellers and if I have to go that tiny venue in Bristol again, I definitely will!

And just to prove that I’ve seen them every year – here’s my recent record: 2013 – Cheltenham Town Hall; 2014 – Wychwood Festival and Bristol; 2015 – Malvern. And I’m already sorted for 2017 because they’ve just been announced as headliners for Sunday night at Wychwood Festival next year.