Capturing the magic of football with Art of Football

I’m not the first person to say it and I won’t be the last – men can be very difficult to buy presents for! And with two teenage sons, a husband and a dad, that’s a lot of men for me to struggle with.

Regular readers will know that I live with a whole lot of football lovers – my younger son and my husband both play football, my husband coached football until very recently and the entire family loves to go to football matches and watch football on TV. So I was very pleased when Art of Football got in touch with me to ask if I would like to review one of their Tshirts.

Luke and Gabriel, two brothers in their 20s, run Art of Football. They create illustrations that capture the energy and emotion from split second moments in football. They use this artwork on Tshirts and prints. 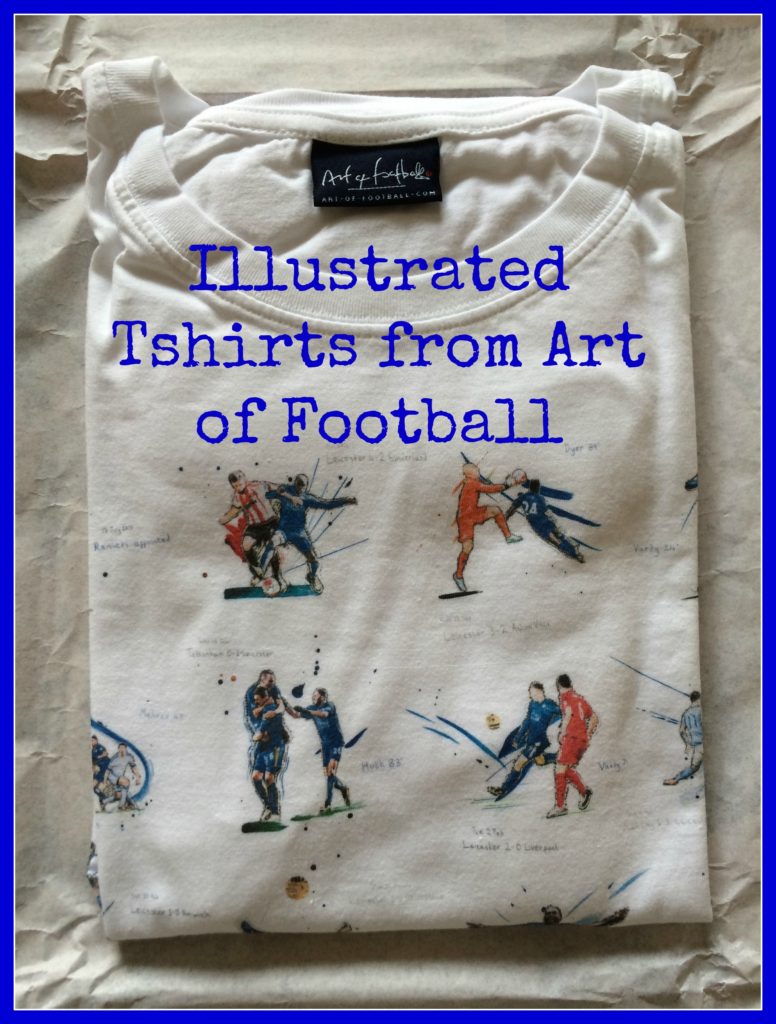 Both my husband and my younger son would have been delighted to receive one of Art of Football’s Man Utd Tshirts, but I had other ideas in mind. My dad is the hardest man in the world to buy for. In his early 70s, he doesn’t drink or potter about in a shed or go fishing or any of those other cliched things which older men are supposed to do. He really doesn’t want anything for Christmas or his birthday – as he has been telling me for my entire adult life. And just to make matters worse, his birthday is only two weeks after Christmas. But not buying your dad a present isn’t really an option, is it?
Luckily, my dad is a massive life-long Leicester City fan. We were so happy to be able to take him to the Community Shield earlier this year, as a belated 70th birthday present. When I saw that Art of Football has a Tshirt commemorating Leicester City’s incredible 2015-16 Premier League-winning season, I knew exactly which Tshirt I wanted to review!
The Tshirt comes beautifully packaged in tissue covered in footballing headlines from yesteryear. And inside is a Tshirt capturing 12 key moments from Leicester’s 2015-16 season, each of them including the final score and the scorer. Players captured include Vardy, Mahrez and, of course, Leicester’s inspirational manager, Claudio Raineri. I even love that this Tshirt is called 5000-1 – which were the odds on Leicester winning the league at the start of the season.
I know my dad is going to be very happy with his Tshirt and I can’t wait to give it to him in January. 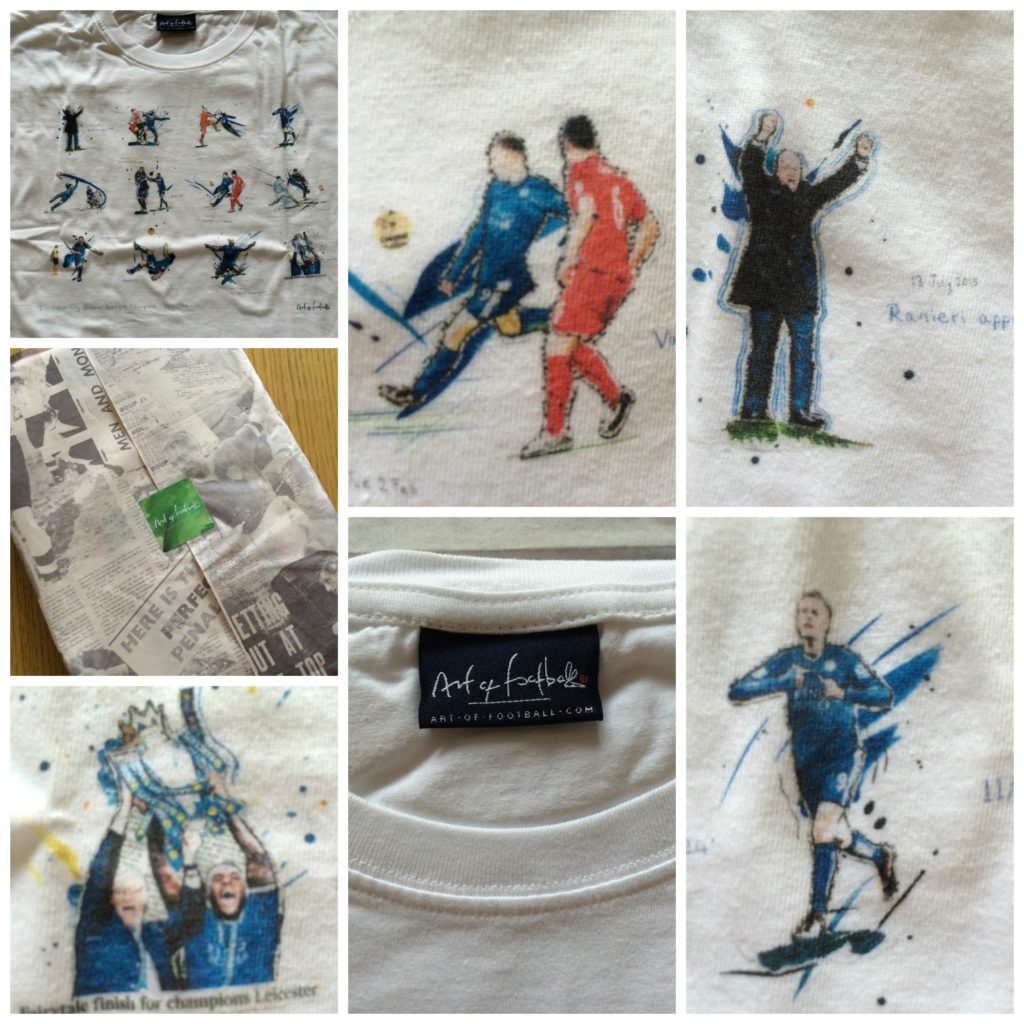 Art of Football make Tshirts and prints depicting a huge range of British clubs and national teams, so there really is something for everyone. Tshirts are available in white, black, navy or grey.
Priced at £25 for men’s sizes or £14.99 for kids’ sizes, these Tshirts make a great Christmas or birthday present for the football lover in your life.
We were given an Art of Football Tshirt for the purposes of this review. All opinions are our own.